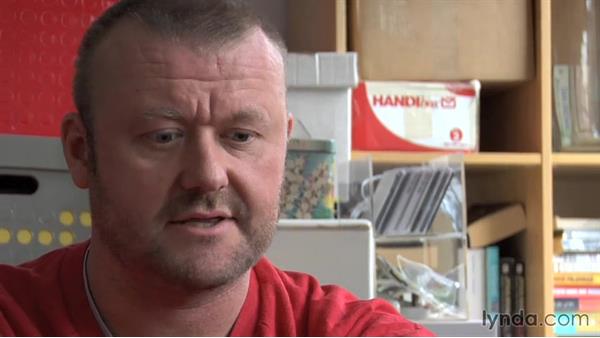 Just real nice, you know Massimo Venie, the perpetual calendar, it's just this gorgeous, natural Helvetica, I think it's Helvetica, it's just this beautiful, just type, you know, and that's this time, this thing that just keeps going and keeps going and keeps going and nobody gets bored with it. And I think that's, you know, I think maybe, maybe the things that people are changing their logos that people are changing, maybe they think, you know, the ones that haven't changed, like you know, NOLA, or, or whatever. They're just like this timeless thing, and there's no real need to change it, you know, and that's the value of good design, it's just you know, it's there, or maybe there's a certain part of the company who says, we won't want to change it, because of the things that they're doing, but you know, they don't feel the need to put a drop shadow on it, or you know.

We'll put you know, you a nice little bit of a highlight in the thing or whatever. I just think I've got, but definitely the best job in the world you know. Imagine, I think about this the other day. You get paid to do something that you really love. Somebody else then pays you, you know, for doing it and you get to keep what you do. You know, it's absolutely insane, it's brilliant, really, really good. I think it's definitely better now. I think people's, people are a lot more design-savvy now, for sure.

You can really sense that, you know. You go into any kind of thing now and, and where before it was fairly un-designed, there's a lot of you know, really designed things now. And people are really into that. But I guess, I know, I, I, I, you know, it's like talking to my mom sometimes, I show stuff to my Mom and dad and it's always like, that's nice. You know, it's like I'm just doing this exhibition in New York, oh yeah, that's nice dear. You know, it's just bizarre. But, I think yeah, I think perception of, of type for the general public, I think is just this, blur, for sure.

I think in general, people, you know, I don't think we'll ever, I don't think will ever be like, oh, I'll tell you know, do a survey on the street in, on Oxford Street and go, can you tell me what that font is man. We saw a granny like that's Helvetica, that's universe, yes that's Times New Roman, that's Caslon. You know, I don't think you'll ever get that, but, it's it, it would be nice you know. I think, I think probably the type I think is probably one of the most underrated, or not, certainly not, almost like undervalued.