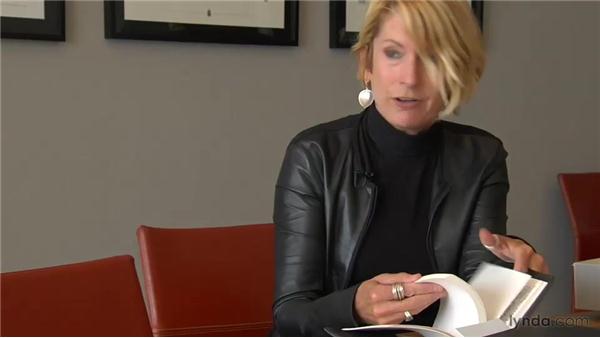 (Music Playing) Margo Chase: I got interested in lettering, well, when I was pretty young actually, because my mother is a professional musician, but she was an amateur calligrapher. She did that as a hobby. I was kind of always watching her, do invitations and things for the church and she had the Crow Quill pens and different colored inks and all the great paper.

She would talk about the people that were influential to her, like Sheila Waters and famous calligraphers. So, it was kind of in my background, I guess, in my environment when I was growing up. But at that point, I really thought I wanted to be a veterinarian. So I went to college in biology, but I did take some elective classes and one of them was taught by a guy who loved lettering, design class. Guy named Pierre Rademaker and he took the class on a tour of Disneyland at one point.

He didn't go on any of the rides, the only thing he did was talk about all the signage in the park the entire time and all the lettering and where the influences came from. He was like a little kid; he would get all excited and jump up and down all about letter spacing. So that was a big influence. So later, when I decided that I really wanted to be a designer, not a veterinarian, lettering was one of the things that really interested me and I started doing that. It was an easy thing to do as a freelancer because it's sort of piece of a project that somebody can give you as a freelance job and you can decide to how much to charge for this logo or that piece of lettering.

So it's pretty easy thing to do when you are right out of school. So just to talk a little bit about how I start, and it's kind of random, the process. It's not like, there is one way that you do it. But I have a lot of sketchbooks and I tend to take these with me, places when I travel, when I go to a lecture or something. So these are some pages. Some of them are really straightforward, like they are the beginnings of maybe a typeface, or an idea about a typeface. Some of them are a little more illustrative.

Like this has started out as being the letter, TW. And then there are some letters in here that get to be hard to read. But the fun part about this is, I'm just kind of stream of consciousness drawing and thinking about shapes and not really working on any one particular job. But I'll come up with something that I like, or an idea or a shape that I like and then that kind of idea will be in my mind when I'm working on something, for a client. So this is really I think where maybe the sort of Gothic thing came up a lot because for some reason the shapes that I like and maybe because of the calligraphy background that my mother had, a lot of those forms, using the broad pen really have that kind of black letter feeling to them.

So I'm comfortable with those shape and they recur naturally when I'm drawing. So that kind of started, I think, my interest in that direction and then things kind of grew out of that. So from here, I'll take them and develop them into lots of drawings about each letter and then those get scanned into the computer and usually dropped into a font development software. Sometimes I'll go through a little bit of development work in Illustrator first, just trying to sort of get the shapes worked out in my mind and how I want the letter forms to relate to each other.

The inspiration for this stuff comes from a variety of places whether it's the problem, the assignment I get in the first place or whether it's something I saw in a book or a sketch that I did in the sketchbook. It's kind of, that there is not really one process. So often, it's framing, there is something that I'm trying to actually achieve with the lettering. This was a T-shirt for Virgin Records. So you can see the work that used to go into trying to make something. Color separated like this pasted up in bunch of different ways.

This is a stat under there that's then been whited out and retouched and then there are layers of corrections. Then Rubylith, which is a lost art, was on there to tell them where to put the second color when they print it. So there, it was meant to be a copper ink there where the Rubylith is. That's how the final thing would print. When I'm doing a sketch, usually, there is particular problem to solve, like a client has asked for something. So if it's a logo for - well, say, actually this example, Illustration.

This is a word, earliest part of something that we did for, there is a directory of creative services called the Alternative Pick. I don't know if they are still around, but at that point, this was their inaugural issue and the whole theme was tattoo artwork. So it was perfect for me from a stylistic standpoint. But there had to be a title for each of the different sections. So there was a directory title for illustrators, there was one for photographers, one for designers.

So we did a version like a logo style for each one. So I kind of knew framework wise what I really needed to do and I wanted the illustration, one, ended up being -- the inspiration was mehndi tattoos, which are those, the Indians sort of dyed tattoo decorations that happen on women's hands. So we wanted to do a kind of mehndi- inspired illustration thing that was actually going to get tattooed on to somebody's hand. In that case, it's an artificial tattoo that was for the photograph. But this was the sketch of the actual lettering and then in the actual tattoo, it has a lot more illustration stems and things that come out of it.

A kind of depending on where I thing the style should be, like if it needs to be very regular and very clean and mathematical, working in the computer is ideal. There is really no reason to do it by hand. But if it's meant to be more free form and more gestural and organic, drawing, for me, I think because I started by drawing, is that's my natural thing I start with. So, it varies. 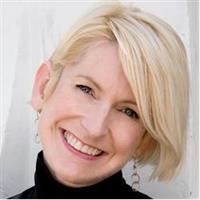 9/4/2008
Margo Chase is one of the most influential graphic designers of our time. Over the past 20 years, Margo's highly expressive work has been seen in movie posters for Bram Stoker's Dracula; on album covers for top performers like Cher, Madonna, and Prince; and in ads for brands such as Starbucks, Target, and Procter & Gamble. With a background in biology, Margo migrated to the world of graphic design, where she brought a unique, organic quality to logos, lettering, and identity design. Never one to live life passively, Margo has developed a love for competitive aerobatic flying in her own high-performance plane. This installment of Creative Inspirations takes viewers inside the studio, portfolio, and adrenaline-pumped lifestyle of this inspired and inspiring designer.