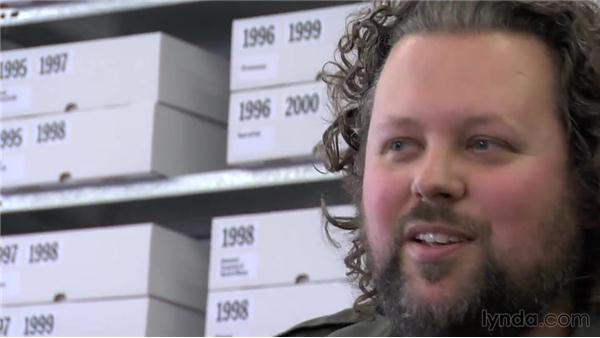 Actually, one of the first names he worked on was international jet set, because it was the name of an I think it was an LP but a beat, or was it a special AKA, I don't, I don't remember anymore this is either the beat or the special AKA and used international designer jets international jet set. Until we've got a mail from a guy, also in a airlines who work by the name Jet-set International, or something, and we decided that we should do something more specific, so we choose experimental jets to make it more specific, and of course it's another CD, or our faith with Ellen.

A lot of people always think that is our favorite, some youth CD but it's, but it is another favorite CD. But we, we just thought, thought it was an interesting name, it has, it has a certain tension between experimental and jet setter. Sort of, almost like two opposite words so, we kind of liked it, although it is, it is a terrible complicated were to use her in the Netherlands were you are asking for receipts now you have to spell out your name through a telephone and it's terribly complicated.

But we just stick to it, because we kind of like it. Because a lot of people think that to design you have to be completely engaged with the subject but for, we, we always find that it's good to have some kind of distance from it. Mouse who made, the blue note it's really sort of iconic for jazz, he actually hated jazz. He traded in all his records for classical records, and I, I, I always think of that, that you don't have to like particularly record signing or something, not the subjects.

Some distance is good because in a way you are the sort of outsider, looking to it. And people ask you for that, to look at something from the outside. So we, we overswang a little bit to take that sort of outside role. When you get the call of an assignment it's always really hard to judge whether it, it will be an interesting assignment or not, because sometimes you think it will be a really interesting assignment, and it turns out to be something that isn't really good at all. And sometimes you say, okay, we will do it because you feel to do it, or, or if you know, the people in front of you are persuasive.

They you says, okay, yes we will do it. And, and you expect nothing of it. And then suddenly, it becomes the best assignment ever, so. It's, it's always quite hard to to jet set the moment you get that call. Although, it is one after the mo, the mo, nicest moments of the whole assignment. The moment you get to the assignment and the moment it is printed between it, it's just sort of like hell or something. You know, like a sort of uphill battle or something to get everything done. So these two moments are actually the, the two nicest moments.

I think, I think all three of us are even young teenager, all three of us were very inspired, fascinated by all these subcultures that, that existed. That after punk because we were, too young for, for punk in a way. But we were all interested in stuff like new wave American hard core music you know. And and it sort of formed us and these, these were all fairly fairly consistent subcultures.

They had a fairly outspoken, aesthetic. I think that really shaped us. And I think when people now look at the work, they cannot see that influences anymore but it's still there. And then you think about punk, it's, it's, it's kind of interesting system actually. You have these two poles, these two opposite sides. There's there's the, the no future nihilism side. And there is this do it yourself, more constructive sides. And these two sides in the whole movement, these two sides are constantly coming together in different combinations.

And it is like a sort of struggle between these two opposite forces. And I, I think in a way, that's fairly much sort of smaller model, of what is happening in modern nature where you also have these different, forces, these more destructive nihilistic sides which can be found in in su, surrealism. And this more constructive side from or and, and I do think that this idea of of relating to opposites with each other in, in, in different combinations.

I think that, that, that really is a, the and watch similarity between punk and modernism. And, I've, I've wouldn't mind in calling punk and, and modern age movement.