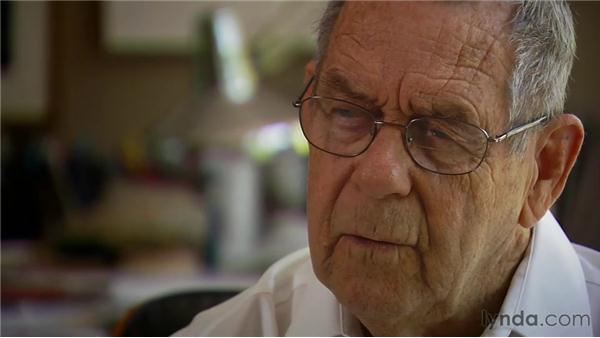 (Music playing) I have here the Oxford English Dictionary. It?s 13 volumes here. There are 4 more volumes, which I do not have. And the Oxford English is about the, it?s about the etymology, the history of words. The first time a word was used in the English is recorded here. I did not finish high school. I didn?t complete the 10th grade. And throughout my whole life, I?ve read extensively. It?s how I have educated myself.

Dad was a blacksmith who wound up in Kilgore, Texas, shoeing horses or mules for to drill oil, the great Kilgore oil boom. My dad, while shoeing a mule, was kicked in the groin and was sent to the hospital for a whole year. And my stepmother, Guandina(ph) fell in love with us and took care of us for one whole year while dad was in the hospital. And she took my hand and guided my hand with a pencil to show me how to draw.

So I give Guandina credit for my drawing. Dad had three wrecking yards after that, one of the Livingston, Texas, one in Houston and one in Orange. We hated the moves. He moved constantly. We hated all the moves because we had to make new friends in school. Finally, we wound up in Orange and at age 15 I left home. The only job I could find -- since I had no talent, I had no skill -- I was loading milk trucks at 4 o?clock in the morning in a dairy.

I tired of that very quickly, found a job with Fred Harvey, a hotel in a little town called Ashfork, Arizona, were I was a newsstand clerk. Did that for awhile and found out I could make more money working for the railroads. So I got a job con caboose 2005 with Mr. Stark. He was the conductor and my run went run went from Winslow through Flagstaff to Seligman. Finally, at the age of 22, I realized I must go to school if I was going to make any kind of living at all.

So I enrolled in Frank Wiggins which is now L.A. Trade Tech. And I had a wonderful teacher named Joel Gibby who introduced me to lettering. (Music playing) I think the reason that I have been attracted to lettering and topography is because in one sense, so little of it has changed. The letters that we look at today are the same letters that we looked at 500 years ago.

And I sort of like this stability of that, and I think it goes back to the fact that my dad moved us around all the time. My whole childhood was in a state of flux. So I look for stability. And typography gives me that stability. There are over a 100,000 fonts out there. MyFonts has over 100,000, for instance, they distribute. People say well, if there are 100,000 fonts, why are you drawing a letter? Why not use a font and do something with it? Well, I have very technical reasons of why I do that.

But I'll also have a very simple answer, which is it?s custom. I am designing something custom for you. Something tailored to your taste, tailored to your situation. And I think that everyone understands what custom is. There?s custom dresses, there?s custom furnitures, there's custom styling on cars. All of that. It?s all custom. We all want something that you need. We want something to call our own. This has been done for us.

Every company truly wants to appear unique. They don?t want to look like another company. And yet they also want to fit within a certain group of taste. And this is one of my basic basic basic rules. That?s where I start. First of all, a logo must be legible. Now in order to make it legible, I think that you have to stick with some very conventional forms to begin with. Now once you make it legible, if you're lucky, you can then make it look unique.

And sometimes very subtle changes will make it appear unique. Sometimes just spacing between the letters will give it a certain look. Oftentimes the exact proportion will give you another look. I make lots and lots of sketches. When I was doing the Prudential logotype and its fonts, I had a stack of 1500 sheets of 8.5 by 11, printouts from that font, and each page might have a dozen changes on it.

I fuss with it. I will move a pixel. Remember that each letter that goes into an alphabet is a 1,000 by 1,000 square. And whenever you make a change that?s 1/1,000th inch of change. And I think that those little details are extremely critical. That's what makes a good font. 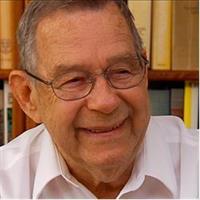