The impact of cognitive technologies on work 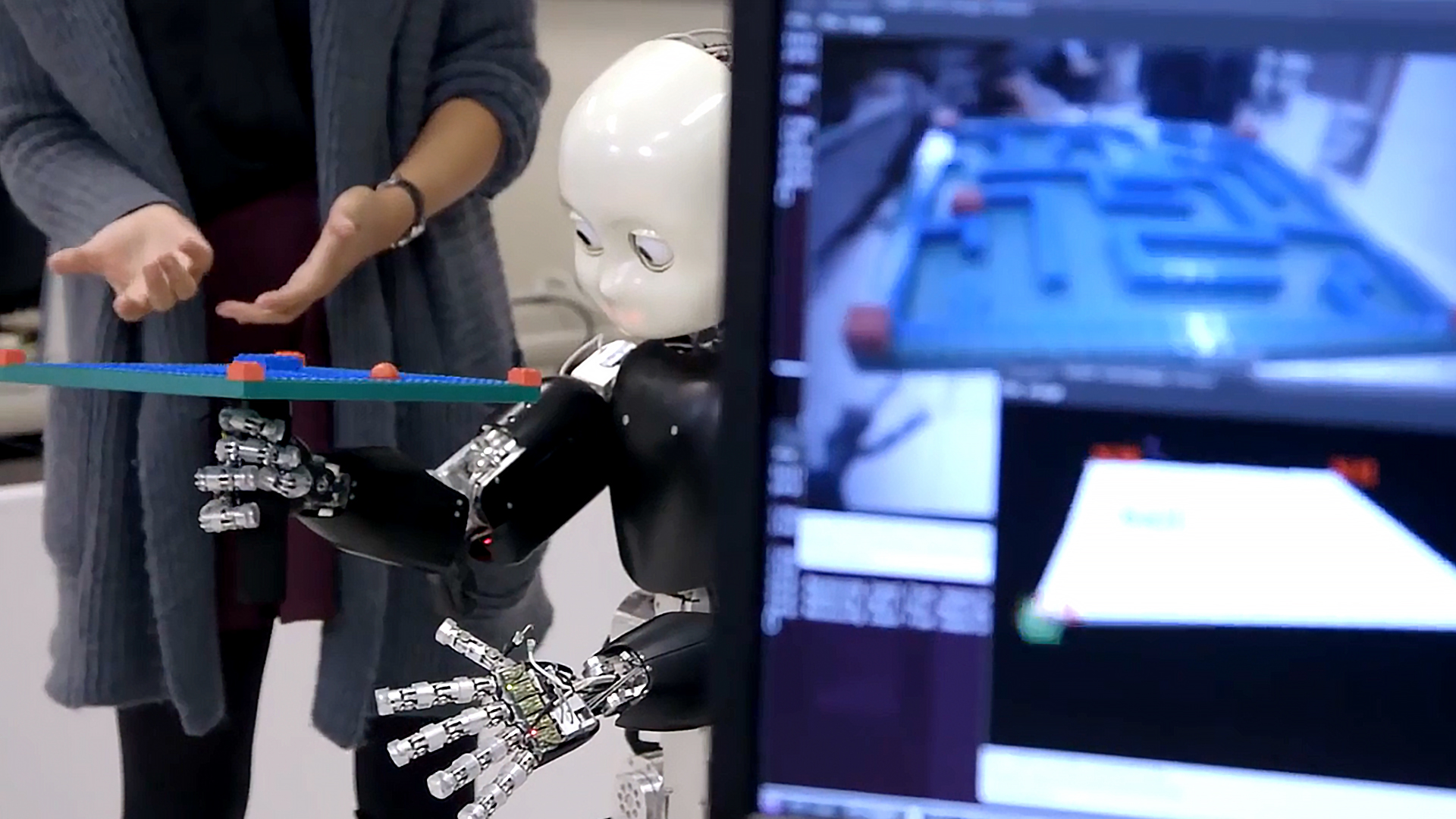 - I'm here with Tom Davenport, distinguished professor at Babson College, and a senior advisor to Deloitte LOP. In this lecture, we're going to take a closer look at how cognitive technologies affect work. We're also going to explore their impact on the demand for skills, and what this means for you. Saying that cognitive technologies are taking away jobs, this represents what's happening. It's true to a degree, but it's also the case those are taking away tasks from people who will be doing their jobs differently. As we saw in our lecture on the applications of cognitive technologies, they're making it possible to automate a wide range of tasks, including perceptual tasks, analytical tasks, decision making, and planning.

But not everything that can be automated, is worth automating, and lots of jobs require skills that computers still don't have the ability to do, like handling ambiguity, using common sense, getting along well with others. Tom, to what degree is the adoption of cognitive technologies changing jobs, rather than taking jobs away? - David, you know your comment about tasks versus jobs is a really key one, in this regard. Certainly, smart machines are eating away at the edges of what almost all kinds of workers do, of what almost all kinds of workers do, but there's very seldom the case where they directly replace a whole human being.

That's why I don't think a lot of those dire predictions from the researchers you mentioned earlier are going to come true, because you can look at every one of those jobs and say, "There's still some tasks "that humans are going to have to do." So I think in many cases, it is about eating away the margins and humans having to change a bit of what they do in order to still be valuable to their organization. - And so by eating away the margins, I think you must mean also making workers more productive, and therefore maybe needing fewer of them, to say, staff a department in an organization. - You know, we still have this exact same number of bank towers that we had in 1980, in a previous generation of automation, we took a lot of their tasks and replaced them with ATMs and so on.

Bank tellers do different things now, our population has grown by 40 percent and bank tellers are not growing with them, but they have not gone away. - If you have to identify the kinds of jobs that might be eliminated in the future as a result of these technologies, because some employers do feel an incentive to try to eliminate labor where they can with new technologies, where would you see that happening the most? - Well, I think the biggest chance is in the highly-structured back office roles is in the highly-structured back office roles that don't involve direct interactions with customers.

There's this phenomenon of robotic process automation for tasks like helping your customer change their password, or something like that. I think those jobs are probably going to go in substantial numbers. You can do a lot of things with smart machines that are knowledge-work tasks, but I think that will be slower, so doctors, lawyers, accountants, marketers, will be around for longer. - So in these knowledge-work tasks in particular, you've written about how cognitive technologies can augment workers rather than replace them.

Can you tell us what you mean by that? - Sure, David, I think that is the most rational strategy for most organizations to think, not about can I replace workers with cognitive technology, but how do I get the best of both? How do I get them working together as colleagues? How do I combine the skills of a smart human with the skills of a smart machine? And that, of course, is going to require some work redesign, it's going to maybe lead to a new round of re-engineering of key business processes, but I think that will be much more competitively advantageous than simply replacing human bodies with machines.

- The development of technologies is having an impact on the kind of skills needed in the market. So skills that have been used to perform routine tasks maybe get less valuable over time, other skills get more valuable over time. We'll always see a demand for specialized technical skills for the technology of the day, and so the ability to design and implement systems using cognitive technologies obviously are going to be in great demand. How else do you see the demand for skills shifting over time? - Well, I think the era, the skills related to working effectively with cognitive technologies so that could be building them, or supporting them in some way, marketing them, providing customer support for them, and so on.

It could mean working day to day with those machines, and knowing how they make decisions, and are they on track, and handling exceptions, and so on, or it could mean kind of stepping above them and saying, "Do we have the right level of automation?" and, "How are the overall decisions and actions, "that the cognitive technologies "are making working out?" And then the other category is trying to do something computers are unlikely to do. If your job involves empathy, or direct interaction with a customer, or a patient, or something like that.

My son is a TV comedy writer, I think it's unlikely that TV comedies will be written by robots any time soon, although some of 'em seem like they're already written by robots. And then there's the idea of choosing something that is so narrow that nobody would really be tempted to automate it. I read about, for example, a very wealthy man in Boston, who is a broker of Dunkin Donuts franchises. All he does is connect buyers and sellers of them. Now we could probably automate that matching process, but it's so rare and so narrow that nobody would even bother.

So if you're going to specialize, do hyper-specialization, so that nobody would want to write a system for it. - So those are a few strategies for people thinking about how to focus their work or how to evolve their skills over time. - Exactly - [David] So, look, in the near term, cognitive technologies are likely to eliminate tasks more than they're eliminating jobs. This can increase worker's effectiveness and productivity, while some kinds of specialized expertise will always be valuable. Workers who can combine that expertise with humanistic skills and abilities like creativity, and emotional intelligence, empathy, and critical thinking, an openness to serendipity will have an edge.

1/16/2019
Cognitive technologies such as artificial intelligence and robotics are changing how businesses operate and the nature of work as we know it. This course, from Deloitte University Press, is designed to explain the benefits and value of cognitive technologies to business leaders, decision makers, and others who want to understand their impact on business. David Schatsky focuses on the "what" and "why," leaving you to craft a "how" that meets your organization's needs. He covers machine learning, artificial intelligence fields such as natural language processing and computer vision, and robotics. In later chapters, David examines the business case for the technologies, looking at practical applications for products and processes. Finally he reviews the impact on workers and the design of work, and takes a look forward into the future of cognitive tech. Short quizzes and assessments help you practice your knowledge. By the end of the course, you should be able to engage in productive discussions with colleagues, customers, and suppliers and help shape the cognitive technology strategy at your organization.
Topics include:

Video: The impact of cognitive technologies on work