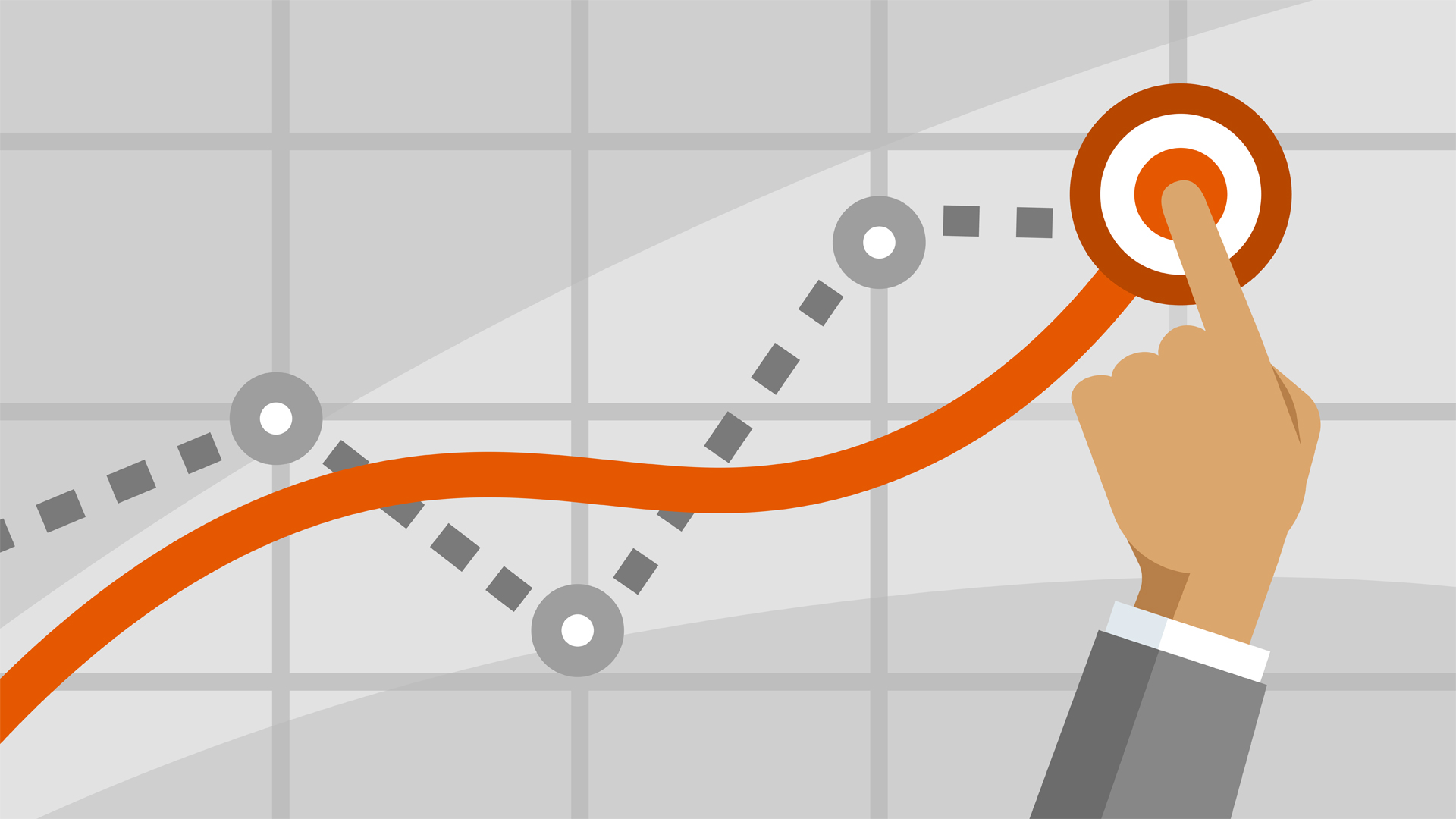 In this video, see how formulas correct prior errors.

- [Instructor] Let's use the exponential smoothing formula in real situation. The worksheet shows the date of each observation in column A and the observations themselves in column B. Here we're recording and forecasting sales dollars. The forecasts appear in column C. You maybe wondering what are all those other forecasts in cell C3 through C20 doing here. We already know what the actual observations for those dates are, so what is there to be gained by forecasting them? The reason is that we want to assess the accuracy of the forecasts.

Cell C21 shows that you can use simple exponential smoothing to obtain what's called a one step ahead forecast. The formula in cell C21 makes use of the prior forecast, the error in the prior forecast, and the smoothing constant. When it comes time on June 19, to make a forecast for June 20, each of the quantities in hand and you can make a forecast for the next day. Now notice the first actual forecast in cell C4.

It picks up the prior forecast value in cell C3 and adds to that the product of the smoothing constant in cell H1 and the prior forecast error in cell D3. That's precisely what the error correction version of the smoothing formula is intended to do. Also notice that the formula employs dollar signs along with the cell address H1. The dollar signs anchor the reference to that cell. With the reference anchored, we can copy and paste the formula in cell C4 down through cell C21.

Suppose first that we set it to zero. When I do so, watch what happens to the forecasts in the chart. The series of forecasts becomes a constant straight line. The reason has everything to do with the formula. The formula adds the prior forecast to the product of the smoothing constant and the prior error. When the smoothing constant is zero the prior error has no effect on the next forecast and each forecast therefore is set equal to the one that proceeded it.

The result is a straight line forecast, one that equals the first forecast and the baseline. Now set alpha to the other extreme value, 1.0, and again watch what happens to the forecasts in the chart. Each forecast is now equal to the prior actual observation. The error correction formula explains the reason. With the smoothing constant set to one, the formula works out to the sum of the prior forecast plus the prior error.

You'll see how to find the optimum value in chapter four of this course. In the mean time, let's take a look at the smoothing form of the equation.

2/12/2018
Exponential smoothing is a term for a set of straightforward forecasting procedures that apply self-correction. Each forecast comprises two components. It's a weighted average of the prior forecast, plus an adjustment that would have made the prior forecast more accurate. Smoothing—like most credible approaches to forecasting—requires a baseline of observations, in sequence, to work properly. Weekly revenues and daily hospital admissions are typical examples. Several versions of exponential smoothing exist, each corresponding to a type of baseline. In this course, Conrad Carlberg provides an introduction to simple exponential smoothing, diving into the basic idea behind it, and explaining how to assemble the forecast equation and optimize forecasts.
Topics include: