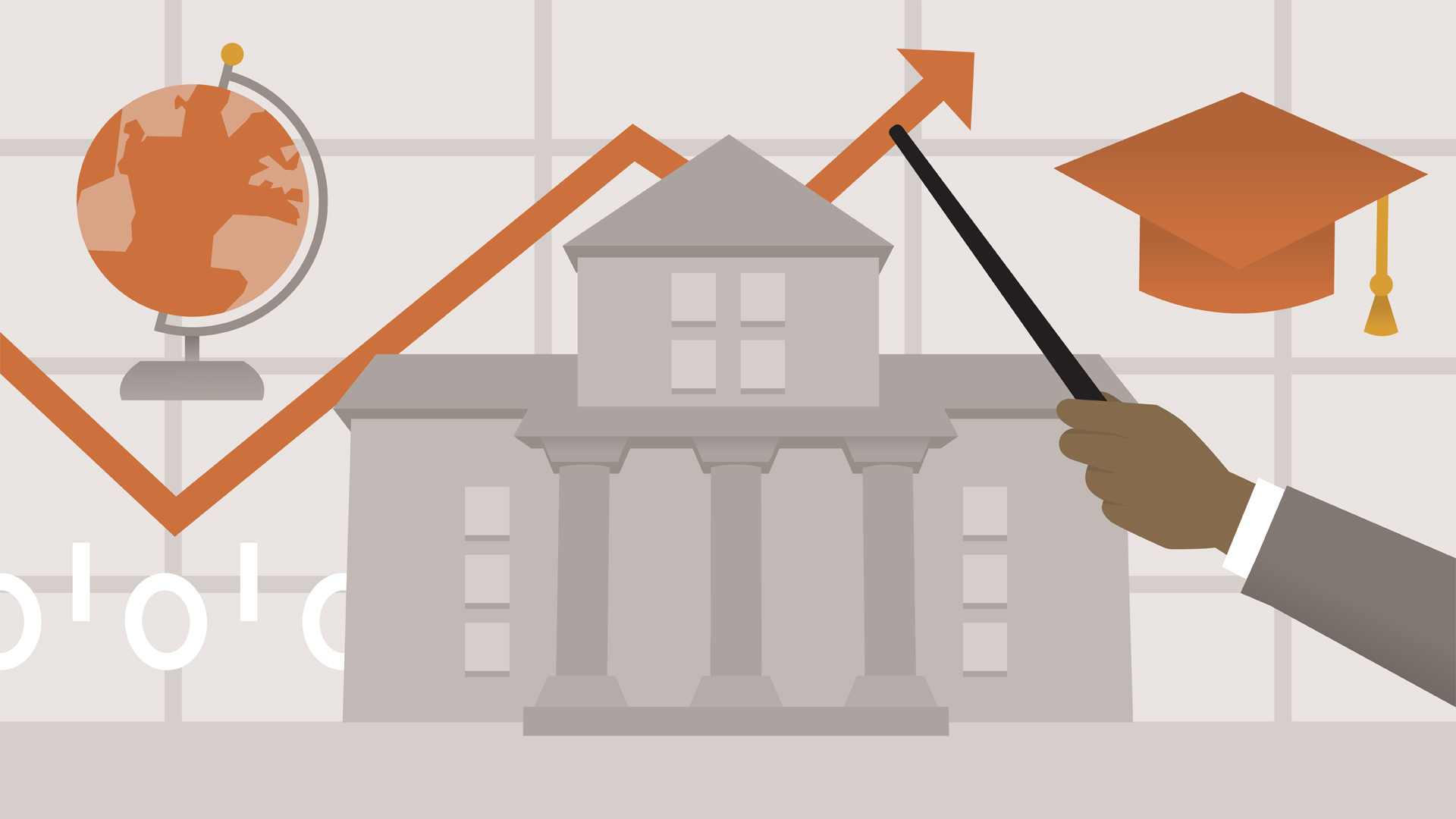 - [Instructor] I was recently talking to a friend of mine who mentioned that a local performing arts company he knew must be doing very well if they were able to continue wasting money advertising with billboards. You see, billboards are inherently one-size-fits-all, or one message to everyone. And any modern marketer worth their fees can tell you that you just can't do that anymore. You need to adapt your message and your medium to your target as closely as you can. Microtargeting is the most effective way to reach your audience and engage them continually.

On the other hand, curriculum planning in schools tends to work a little differently. There's a legacy there where one size fits all, one curriculum is, at least, assumed to be able to reach all of the students. Now, it also assumes that the students are functionally the same, that the same methods and the same messages will reach people in the same way. It may be true if your students are incredibly uniform, that will work. Or, maybe your students are so smart and so good that they'll do well even with a poorly adapted and designed curriculum.

Of course, that's not what we're looking for, but it has a tradition in the United States. So, for instance, we've had national standards for education in the United States. No Child Left Behind was a federal law from 2002 to 2015, which brought some pretty rigid national standards and often strict punishments for underperforming teachers in schools. Now, No Child Left Behind was credited with some important improvements, but it also had a constant barrage of criticism, and it led to some very creative cheating, not on the part of students, but on the parts of teachers and schools, who felt that they would get unfairly punished, and so, it was a problematic system, and part of it was the one-size-fits-all.

So, for instance, people in Special Education were expected to be held to the same standards as people in mainstream classrooms, which was unrealistic. So, not surprisingly, No Child Left Behind didn't last forever, and it was replaced with the federal Every Student Succeeds Act, or E-S-S-A, ESSA, which was implemented in the 2017-2018 school year. And one of the important things of this act is that it gave a lot more flexibility and involvement from both states and from local school boards.

And so, this was an attempt to take what was a one-size-fits-all approach and give it at least some ability to customize and to adapt. Now, in terms of data science, this is where you want to get the idea of microtargeting in curriculum design, borrowing a term from ecommerce. The idea here is that more data is available about students and schools than ever before, and it comes from more sources. And if you're thoughtful about the way you gather data, you can have some incredible resources available to you.

And when you do this, it allows you to make more nuanced goals. It allows you to adapt the content delivery, and it allows you to change the way that you do assessment and tailor it to the individual students. It's data science methods that allow this level of individualization, the same way that it has been done in social media marketing and in ecommerce. Those methods that have been used so effectively there, can be adapted to curriculum design as well. So, let's take one example of this and that's individual learning plans.

Now, an individual learning plan, or an ILP, that refers to collaborative documents or contracts that are based on a student's unique abilities and their own personalized goals, and it's a wonderful thing to do, because it allows you to adapt things to that student in particular. On the other hand, it involves a lot of people, the teacher, the student, the parents, the case workers, the therapists, the school counselors, and potentially other people. Not surprisingly, that makes it very time-intensive, it takes a lot of time to create the ILP, and revising it becomes really this gargantuan task.

And so, one important question is, given how useful ILPs are is, is there some way that data science can be used to help with ILP creation at scale? So, it can be done either in whole or even just elements of ILP to make some of the data gathering and processing easier for the creation. And this is where we also get to the question of applying data science. A few things that you can use with data science in curriculum planning are number one, use more diverse data to assess both student performance and interest.

Not just learning as defined by various measures, but really even simple things like attendance and assignment submission. If you think about it, so many major developments in data science have been brought about by using these peripheral data sources to get important insights. Really, all you have to think about is how informative the metadata from cell phones is, even if that's used for other purposes. But you can tell a lot about that. The same way you can use some of this peripheral and passive information about student engagement, especially through a digital medium to assess their learning and involvement.

Second, you can use predictive analytics models to identify students who, for example, are at risk of getting overwhelmed and possibly falling behind, or students who are at risk of dropping out. And that then lets you to design an intervention early and assess its implementation and adapt it as necessary. And then there are some wonderful examples of colleges and universities using data science for the simple task of scheduling rooms.

I'm in charge of scheduling classes in my university department, and I gotta tell you, doing it manually is a nightmare. And the opportunity to make better use of the space that's available because so many students do learn better in a face-to-face situation and also other universities that have used analytics productively to help students plan their courses for each semester and over their length of their time at the university. This can make things much more efficient and reduce some of the headaches and frustrations that are inherent in both designing a curriculum for the school as a whole and implementing it for the individual students.

Now, there are a few advantages to using data science methods in curriculum design. Number one, again, borrowing from the way the data science is used in ecommerce and social media marketing is the ability for constant passive feedback and iteration of curriculum plan. One of the critical things here is the idea of passive feedback. That means you don't actually have to ask somebody to do an assessment. I have teenage children who in middle school and high school do an unbelievable amount of assessment.

It's time consuming and it's stressful. Passive feedback is where you use data that already exists like, was the assignment selected or how much time do they spend looking at a particular page? There's no extra effort required of the student or the teacher to gather this information, but that can be used to get iterative or try-it-revise-it curriculum plans for those individual students. One fascinating development in data science is genetic algorithms or the class of evolutionary algorithms, more generally, that allows you to create and test unknown, novel variations to address possible omissions and bias.

This is used in engineering to come up with solutions that people would never have thought of on their own. And it's also a way of getting you out of your own rut and helping you find things that you may have ignored completely, and especially when you're dealing with a student who's in an unusual situation. Sometimes having this automated thinking outside the box through a genetic algorithm can be critical. Also, data science models like random forests can address nonlinear growth. Not all cognitive and emotional development is in a straight line.

Instead, there tend to be jumps and plateaus, jumps and plateaus, and maybe decreases. Many common methods in data science, random forests are one, neural networks are another, allow you to capture some of this nonlinear growth. Also, they're better able to identify exceptional cases, people who are doing very well, people who are doing very poorly, people who are outliers in terms of their combinations. These exceptional cases are not well captured by standard, linear methods like a new regression, which is very flexible, but data science methods can get you more insight in these cases that fall on the periphery.

Finally, Bayesian methods, which include prior probabilities can actually help you include other information like a teacher's personal evaluation or an interview with the student or the parents. Or you can use their information as the prior probability in a model that is used to design the intervention and the curriculum for the student. And taken together, what all of these let you do, is they let you escape intellectual silos. The idea is that education and curriculum planning have long traditions, they've been around for hundreds, thousands of years, but most educators are not familiar with data science or what the methods used in fields like ecommerce and social media marketing, where there's been enormous creativity and growth.

And capturing people's attention and getting them involved and taking them through to the next step in whatever it is you're trying to do. These same methods can be used in education and curriculum planning. The idea is that data science methods from these digital fields can enrich educational planning and the execution and evaluation of courses and entire curricula.

9/12/2018
Educational records and standardized tests offer a treasure trove of data about who our students are and what they actually need from the education system. Data science can help educators glean valuable insights from this deluge of information. In this brief course, data scientist and professor Barton Poulson provides a nontechnical overview of how data science changes the way that education is planned, carried out, and evaluated, as compared to traditional methods of research. Designed for aspiring and working teachers, parents, administrators, and anyone affected by the changing pace of our times, this course helps to illuminate how data science principles and procedures can help us better understand and educate our citizens. Learn how data science enables educators to create more meaningful curricula, evaluate the effectiveness of their progress, and more.