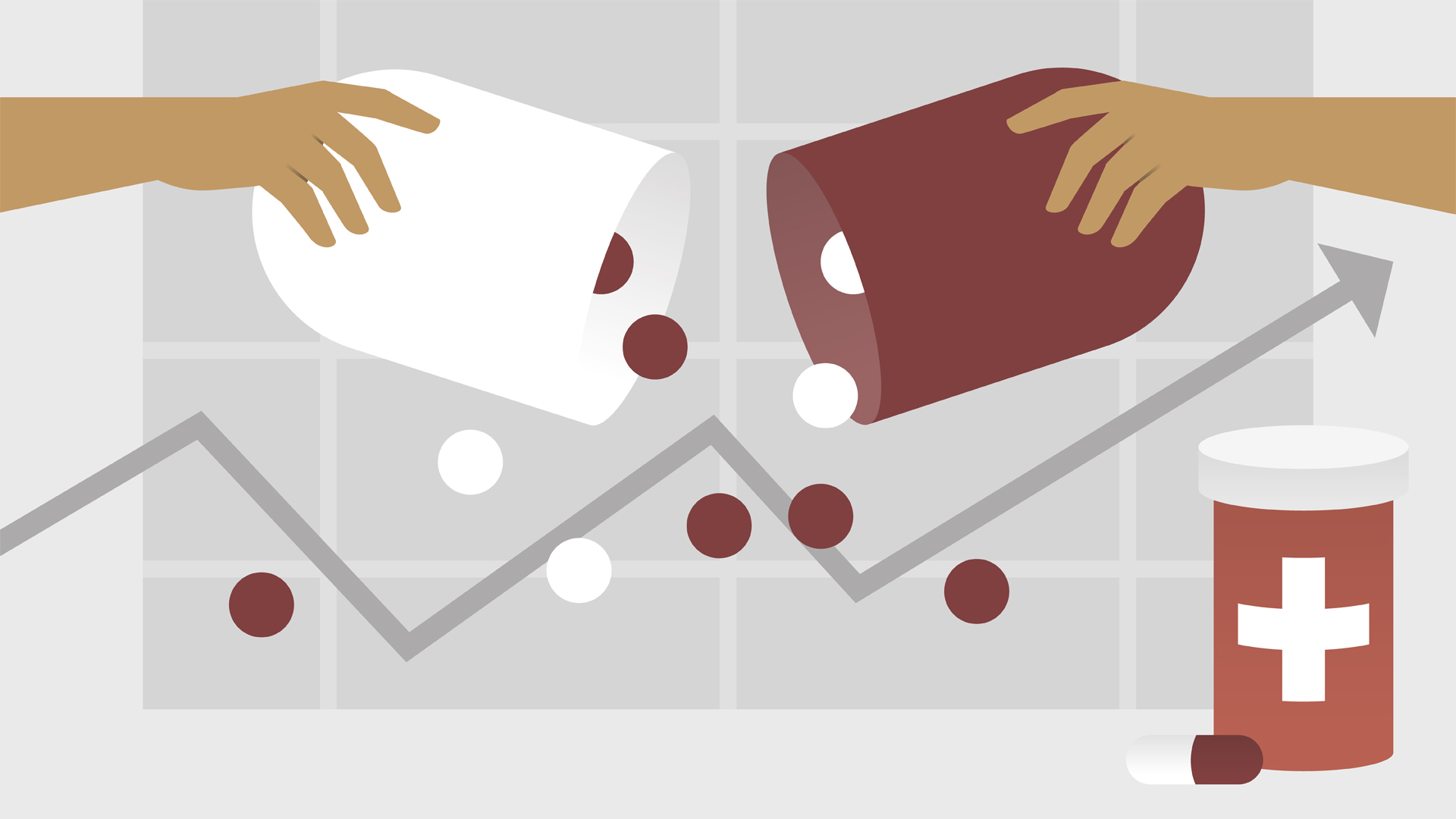 - [Instructor] We often think about how data science allows companies to scale up their operations and analyze data from billions of events and make predictions about millions of people, but sometimes it's better to look at it from the other end and see how data science and data science in healthcare can affect a single person. I like to think of this as data science getting personal. There's an important incident that happened late in 2017. An attorney, Scott Killian, was woken up at one a.m. by his Apple Watch, which was reporting an elevated heart rate.

In fact, it was 121 beats per minute as opposed to his resting average of 49 beats per minute. He also had a taste of indigestion in his mouth, which actually can be a sign of a heart attack. And so what he did is, based on this, he went to the hospital emergency room where they did an EKG and that was normal, but on further testing, they did a blood test and found enzymes that were evidence of a heart attack. Ultimately, they found four blocked arteries and treated them with four different stents.

What Scott had to say about this is, had he kept sleeping, he probably wouldn't have woken up. That is, if his Apple Watch hadn't woken him up to identify him of a possible heart attack, he probably would have died in his sleep. And it doesn't get more personal than that than a piece of technology, based on data from thousands of people, being used to save the life of one particular person. And so I want to talk about some of the ways that data science can be helpful in healthcare and medicine in public health. Number one, data science can help to diagnose diseases.

It can do this either in parallel with physicians or it can do it in new ways that are semi-independent. For example, researchers in Denmark developed an AI assistant that listens on the phone to breathing patterns, tones of voice, and background noises during emergency calls to help diagnose heart attacks, with up to 95% accuracy, allowing them to get people the help they need more quickly. Researchers from the Broad Institute and Harvard University are preparing a website that will soon allow people to upload their DNA from services like ancestry.com or 23andMe, and free of charge, get their genetic risk scores for heart disease, breast cancer, Type Two diabetes, chronic inflammatory bowel disease, and atrial fibrillation.

And then Google's DeepMind AI is currently able to analyze eye scans and diagnose over 50 conditions that threaten the health of the eye with the same accuracy as physicians. But, because it's automated, it's able to do it much faster and at a much higher scale, fulfilling one of the main promises of data science. In addition to diagnosing diseases, data science can help to find cures. First, it gives researchers a better understanding of the mechanisms of diseases.

For example, Barbara Engelhardt, a computer scientist at Princeton University and a principle investigator with the Genotype Tissue Expression Consortium, led a team that took complete genome sequences and parsed through every mutation of every gene in their samples. That's over three trillion tests to find the mutations in the genotype that contributed to diseases like Type Two diabetes. Second, prominent methods in data science, such as neural networks, helped researchers at Atomwise, an AI startup, sort through 7,000 different drugs to ultimately identify two that could help make human cells more resistant to the Ebola virus.

And third, researchers at the Stanford Biomedical Data Science Initiative are using large-scale data science methods to find ways that existing drugs, that is those that have already been through the FDA approval process, how those drugs can be used to fight a wide range of diseases that currently don't have adequate medication. And so, using these methods, data science is able to help find important new ways of treating and potentially curing diseases. Data science can also help predict outbreaks.

The best-known example of this is Google Flu Trends, which back in November of 2008, was able to use data from billions of searches on flu-related symptoms to provide near real-time maps of flu prevalence. They were able to get that map in about one day, which is over 10 days faster than the research by the Centers for Disease Control could do. And while this was extremely promising, a number of factors, such as the differences between seasonal flu, epidemic flu, and the way that people used Google to search for symptoms, those have led Google Flu Trends to become less accurate over time, ultimately was retired.

But the concept of using this kind of internet-based data and large data sets to diagnose diseases, that was set in place. For instance, in a similar study in 2014, researchers at the Los Alamos National Laboratory examined, not Google searches, but Wikipedia searches, not just for flu but for six other diseases like tuberculosis and dengue fever. They were able to make accurate predictions for people in nine separate countries. And, speaking of dengue, scientists at IBM and the University of California San Francisco, were able to combine models of regional sensitivity to outbreaks based on data from the World Health Organization, with models of growth and distribution of populations of both humans and mosquitoes, and bring in climate data to predict where outbreaks of dengue fever were most likely to occur, and then take preventive action before the outbreak spread.

Finally, data science can help even with something like healthcare costs. Data science models have been used to make healthcare more affordable by developing models to promote preventive care, which reduces the need for expensive hospitalizations, as well as predictive models to identify people who need support to adhere to their treatment programs, because if you do what the doctor tells you, you're much more likely to end up well, and even developed things like a form of recommendation engine that can help people at risk for diseases like diabetes and hypertension, get products like calorie or activity trackers that can help them lead healthier lifestyles.

And so, what all of these do together is let us know that there is enormous potential for data science in healthcare, as well as a wide range of documented breakthroughs. We'll look at each of these in more detail in each of the chapters, but this can serve as an inspiration for the potential that data science has in revolutionizing healthcare.

10/2/2018
Data analytics plays an increasingly pivotal role in how we go about managing our healthcare systems and our own personal health. Designed for anyone with a stake in our healthcare system, this nontechnical course explores a variety of ways to apply data science to medicine and public health. Data scientist and professor Barton Poulson discusses the ways that dramatically increased quantities of data—from genetic testing, genealogy, blood testing, brain scans, and other sources—are changing the theory and practice of healthcare. As he looks over key data sources, he also explores the different methods for analyzing this wealth of data, including machine learning and predictive modeling. Discover how data science can help predict outbreaks, find cures, help with healthcare costs, and more.