How did the Mavericks use analytics to beat the Miami Heat in the 2011 NBA Finals? 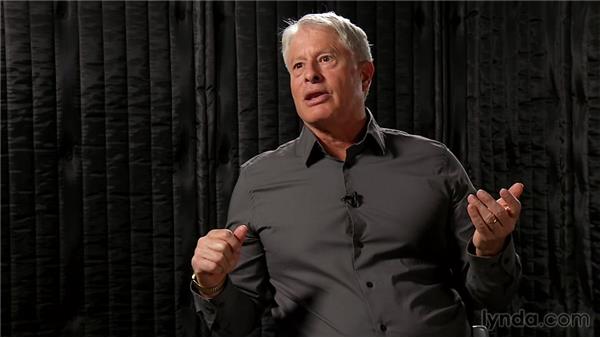 Join Wayne Winston for an in-depth discussion in this video How did the Mavericks use analytics to beat the Miami Heat in the 2011 NBA Finals?, part of Wayne Winston on Analytics.

This is a great example of where analytics can make a tangible difference because sports, what you're trying to optimize is very clear. You want to win the championship. That is every team's goal when they begin their season, whatever the sport. So Mark Cuban, owner of the Mavericks, I was fortunate enough to have Mark in class in 1981. And he's a big believer in analytics, and we've worked with him for many years. So, when Mark won the champ, when the Mavericks won the championship in June 2011, he held a press conference. And he mentioned some areas where analytics was used to make the Mavericks a better basketball team.

So the first one is selecting the coach. So the Mavericks, after Everett Johnson was relieved of his job, hired Rick Carlisle. And so we did a study for the Mavericks. Where we looked at every NBA coach and applied analytics to try and figure out what coach improved his players the most during the first two years. That basically he was the coach of those players. And Rick Carlisle came out on top on that. And a couple of days later, Mark hired Rick Carlisle. And he was the coach in 2011 when they won the championship. Another thing the Mavericks did was trade a promising young point guard.

Devin Harris to the New Jersey Nets for Jason Kidd. And Jason Kidd was a much older player that Jason Kidd got criticized. So Mark said, we did this because of what's called money time. So what did he mean by money time? We met there when Jason Kidd is in the game, and the game is on the line. The score seems to move in his team's favor. And Jason Kidd has a historical record of that, and we have some analytics data that measures what's called clutcher impact factor that shows that. And so, Mark considered that when he made the trade, that Jason Kidd was really good when the game was on the line. And he made some great plays against the Heat in 2011.

And they didn't involve scoring, he just had a nose for the ball rebound, a steal, a key assist. It seems obvious that a team should play it's best line-up a lot. But many teams don't even know their best line-up. But in 2011, the Mavericks had one line-up that was head and shoulders above any other line-up. And basically, that line-up was fantastic in the regular season, and the Mavericks knew that. In the playoffs, they played that line-up. Maybe six or seven minutes a game, as opposed to two minutes a game in the regular season. That line-up destroyed everybody. The Heat didn't know where to hit them.

Then one game, the Heat were up by 15 with six minutes to go,when that line-up made up 15 points, actually more, to win the game in the last six minutes. And the Heat, for instance, didn't even play their best line-up. Two other decisions involve line-up changes during in the finals. So the first one involved. The small point small under six foot point guard J.J Barea. So the first three games of the series, J.J Barea was paired off the bench against Mario Chalmers. If you looked at the information, he played poorly against Mario Chalmers.

The Mavericks did badly when those two were on the court. But he did well against Mike Debie, who was starting for the Miami Heat. So after three games, the Mavericks reviewed the line-up data, and they saw. Hey, Barea does well against Debie, and Debie is starting, maybe he should start. Then he won't play as much against Chalmers. So they started Barea, and they did much better, the Mavericks, with Barea in there against Mike Debie. And he still did badly against Chalmers, but he faced Chalmers less often. The most important, I think, substitution decision involves. The maverick star, Dirk Nowitzki.

A key aspect in sports is replacing your best player, and not loosing much ground. So basically, in the previous, in the three series leading up to the championship, when Peja struck in for Dirk Nowitzki, it was fantastic. Peja was hitting all his three point shots He was a great sub for Dirk Nowitzki in the first three series that led up to the finals. But, there's a phrase, horses for courses. So you have to basically decide, this is the signal in the noise idea we talked about. So a key question would be, okay, Paja went in the first three games for Dirk Nowitzki, just like the other series.

But what happened is, the Mavericks lost about eight. Points a game in eight minutes. They lost a point in a minute which is really bad. And these games were being decided by a couple of points. So if you're losing eight points a game when Peja goes in for Dirk, it can be costing you games. So you have to decide, are you going to go ahead with Peja in for Dirk? Which worked well in the other series, or, are you getting enough of a signal from the data that Peja should not go in for Dirk? So the Mavericks' coach, Rick Carlisle, made the decision, Peja would not go in for Dirk. He played Bryan Cardinal, and the Mavericks actually, in the last three games of the series, outscored the Heat when Bryan Cardinal went in for Dirk.

Instead of loosing by eight points a game. That was a huge unsung factor in the Mavericks winning the title. 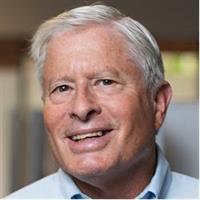 9/25/2013
Data—whether it's sales, stock prices, or test scores—helps organizations measure their performance, but it's analytics that helps them identify patterns and make better, more comprehensive decisions. In this interview, awarding-winning mathematics professor Wayne Winston sits down with us to explain why analytics are important, and offer guidance for those trying to break into the field as an analytics professional. He also explains how analytics can provide insights into supply chains, marketing, and financial data, and help cities, school systems, and hospitals better meet the needs of the public.
Topics include:

Video: How did the Mavericks use analytics to beat the Miami Heat in the 2011 NBA Finals?