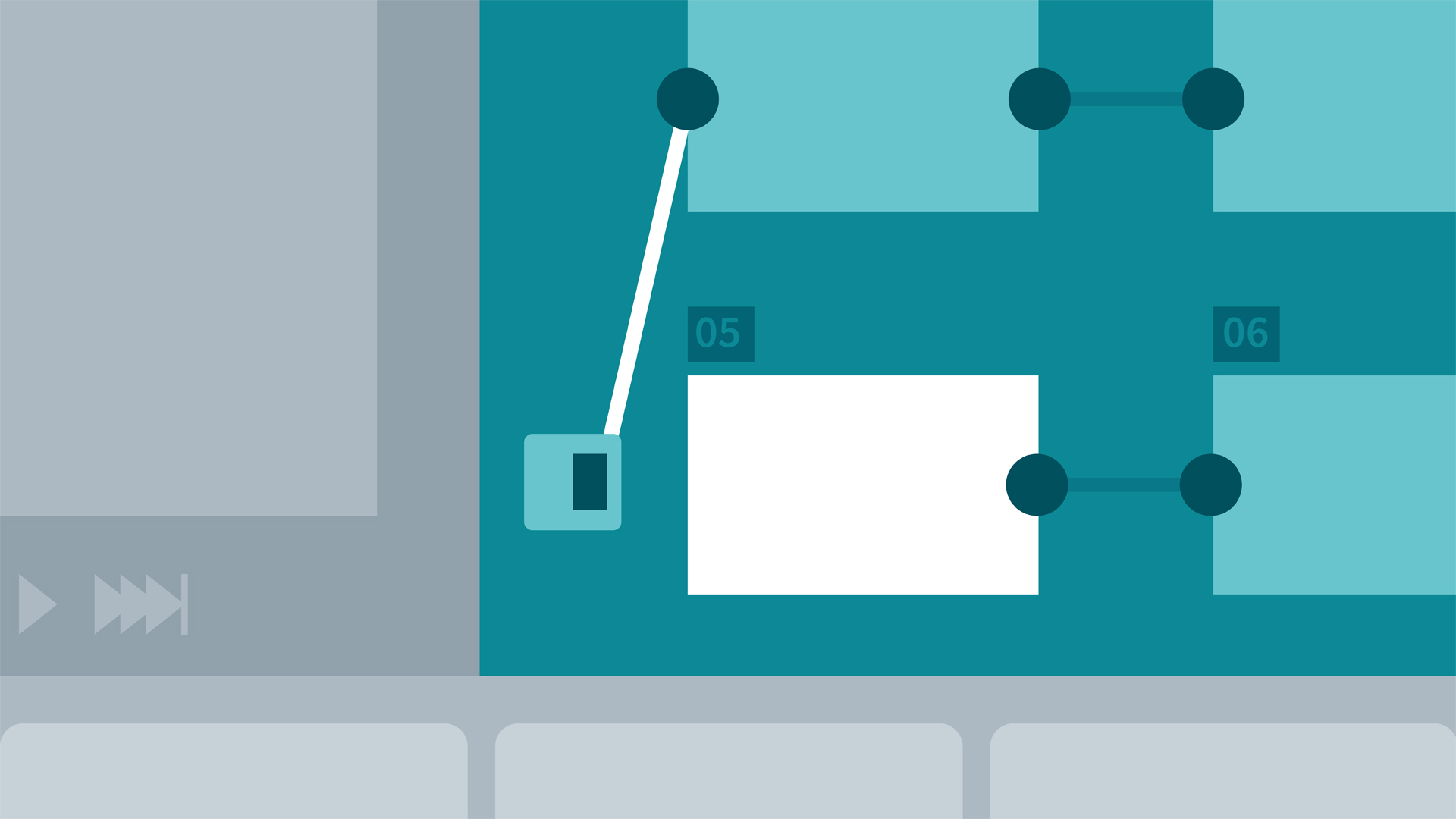 - Another new headline feature in DaVinci Resolve 12 this year is the 3D perspective tracker, and it's kind of an interesting little beast. It feels like when you turn on the 3D perspective tracker you're actually adding like an extra algorithm on top of your normal tracker. That's how it feels to me. Sometimes I get better tracks with the 3D tracker. Even if I don't want the 3D-ness of the tracker, I often find it'll move stuff off screen for me. It seems to be doing an image analysis a little bit differently than the trackers we're used to in previous versions of DaVinci Resolve, but let's take a quick look at how it works, and how you turn it on.

So I've got a shot set up here, and let's just play through. So I got grandma and she's moving her head around, and the camera's pulling out, and she's tilting her head around, and I want to track her head. Now I can do this with the normal tracker, let's take a quick look so we see what the difference is, and I'll just grab the portion that I want to track, her head here, and I'm going to go into the tracker. I'm going to leave pan, tilt, zoom and rotate on because she's doing all of those things, and I'm going to turn off the 3D tracker.

So here's a traditional track we would get, and I'll play through and its not bad, I mean I would have some work to do. It gets a little bit off her face when she tilts her head back. You can see it kind of moves off her face a little bit, but that's typical. I would expect something like that to happen, and we just key frame on top of it. Let's now turn on our 3d tracker and change nothing else. Let's see what happens. Now I'm running into the same problem where it moves off her head, but you can see that it's actually changing its shape.

It's changing as her head tilts. It's reflecting as if it's tracking the actual surface of her face, and as the surface of her face changes, so does the shape of the object. That's what the 3D tracker is all about. It kind of emulates a planer tracker, although in talking with a software engineers, they will tell you very clearly, this is not a planer tracker, but it acts very much like one. Of course I'd have to go ahead and modify this a little bit at the end to get this to move over and cover the front of her face, and that's going to be the subject of our next movie.

2/2/2016
For over a decade, DaVinci Resolve has been the go-to tool for colorists working on Hollywood films, commercials, and professional corporate video. Now it's available to anyone on a Mac or PC. The latest version, DaVinci Resolve 12, combines its high-end color grading tools with a full-featured nonlinear video-editing environment. You can edit, color correct, color grade, and render a video project without ever leaving the program.

In these tutorials, professional colorist Patrick Inhofer guides viewers through the basics of using DaVinci Resolve 12. Get a look over Patrick's shoulder as he touches on key features in Resolve, while introducing the lingo every colorist needs to understand the program and the workflow. He shows how to import footage, keep it all organized, edit clips in the timeline, and start color grading your project: applying primary and secondary corrections, vignettes, looks, and Power Windows. He also shows how to target corrections with shapes and keys, match shots, and create "hero shots" to jump-start discussions with directors, clients, and colleagues.