What are prime lenses? 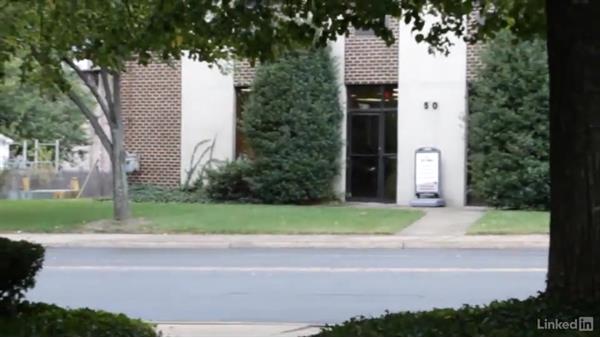 Join Richard Harrington for an in-depth discussion in this video What are prime lenses?, part of DSLR Video Tips: Cameras & Lenses.

Rich Harrington: Hi! My is Rich Harrington. Robbie Carman: And I am Robbie Carman. Rich Harrington: And welcome to lynda.com. We are talking DSLR video tips today and we are looking at prime lenses. Now Rob, a lot of folks use prime lenses but for those who haven't given them a shot yet, just tell folks what is a prime lens? Robbie Carman: Well, let's put it this way Rich, a prime lens is not a zoom lens. A prime lens is a simple lens that actually uses less glass in the lens, and because you are using less glass, prime lenses are often more sharp, they tend to be faster, meaning they have wider maximum apertures, and they are good lens to go to to get standard length shots; 50 millimeters, 35 millimeters, and things of that nature.

Rich Harrington: Obviously useful, there is lot of technical as well as aesthetic benefits, which we will explore in a moment, but I think the big thing to really differentiate this for folks, is that when working with the prime lens, that concept of zooming gets replaced by the concept of physically moving the camera. Robbie Carman: Yeah, and actually Rich, if you look at one of these lenses, you'll notice that they are indeed much smaller than a zoom lens, and that's because there's physically less glass in the lens. There's no zoom mechanism in the lens. So they can be more compact and that's an advantage, so depending on what you're doing, but as you pointed out, often times you have to actually physically move the camera or the lens, in and out of the shot, rather than depending on the mechanism of the lens to do that for you.

Rich Harrington: One of the others things that I like is that when using the prime lens is that it's a lower weight, because there is less glass. So that does really come in handy, I find when shooting handheld, and probably the biggest advantage is that the aperture doesn't change as you zoom. You know, so you don't have to worry about--as I adjust the shot, going in and out, is my shot getting brighter or darker, because a lot zoom lenses actually have the aperture that's going to change throughout the shot. I really think that prime lenses are a good investment for a kit.

If you were going to buy a single prime lens Rob for an interview, to put into your kit, what would be the first lens you would buy? Robbie Carman: Well, that's kind of a loaded question Rich, because I like to buy lenses like they are going out of style. However, in my kit I like to have a nice wide prime lens, somewhere maybe in the 30, 35 millimeter range. A 50 millimeter is sort of that standard lens that every kit should include. And then you might go for a little longer, maybe something like an 85 mill lens, because at that point you start to get a good nice focal length for portraiture work, interviews, and that kind of stuff.

If I only had one lens, I'd probably go with a 50, but remember that your lens and the sort of the focal length is going to be impacted by the crop factor or the sensor size that your camera is using. So always just factor that into play. If you have a cropped image sensor and you are choosing a prime lens, you might want to go a little wider, because when you put that kind of lens on that cropped camera, it will be a little longer. Rich Harrington: And we actually talked about that in earlier episodes, so if you missed it, be sure to jump on over to the lynda.com website, where you can look at the movie all about crop sensors. The short version is if I take say this 35mm lens and I put it on a camera that has a crop factor, it might behave like a 50.

Now we're using a full frame sensor here. We actually have 85mm lens connected. We'll talk about that, but it's a kind of funny, like Rob was spitting off all those things, and this is from my lens kit; I have got a 28, a 35, a 50, and an 80. So according to you, I know what I am doing. Robbie Carman: Well, that's debatable, but yes, on the surface of it, it seems like that. Rich Harrington: Good. So we'll be right back and we are going to take a look at how these lenses actually work.

Video: What are prime lenses?