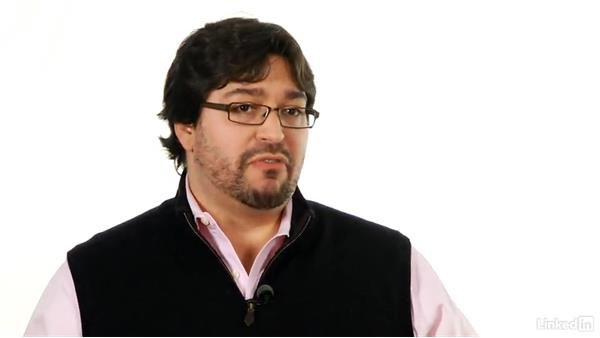 Richard: One of the questions that I get asked all the time by photographers, especially is why does the footage look so bad? I have shot stills on my camera, looks great! I switch over to Video mode, it's all washed out, it's much lower resolution, they don't get it. And I think what people really should be asking is what is the impact of compression? Robbie: Of course, there are lots of things that go into getting a nice looking shot, of course, but video compression is something that is particularly damaging to video footage, and especially all these DSLR cameras, because the compression is pretty aggressive.

Most of these cameras are going to use a few different types of compression H.264, Photo JPEG, AVCHD, there are a few of them. But the point is is that these pretty aggressive compression schemes, because you want to get nice beautiful high definition video onto a small, relatively small capacity as well, Compact Flash or a SD card, so we can compress the shot a lot. Richard: I think what people need to realize here, you know, you hear about cameras like the RED, and oh, it's beautiful in Raw video. In both cases, I mean, not that those don't have great sensors, but the cameras are starting out with the same source material, so there's beautiful HD video signal, lots of resolution.

If you've ever shot time-lapse, or you've shot in burst mode, you see how quickly that card fills up. Well, remember you're shooting 24 to 60 still images every second for minutes at a time. So in order for that to just work from shear mechanics, we're talking like 98% of the information is getting tossed out the window before it's written to the card. Robbie: Yeah, and the principal way that that's done is by losing color information, right? This is referred to as Chroma Subsampling. So in a perfect image, we would have no Chroma Subsampling, right? And we would see numbers to represent this in technical literature.

Richard: And that's really done for cost, so we can use off the shelf or higher end capacity cards that are still a couple of hundred bucks. You go to a professional broadcast camera like say an XD cam or a P2, and it's doing that 4:2:2, your memory cards are 5, 6, 10 times more expensive for a reason. Robbie: And there are lots of parts there as you pointed out. I mean, and I think that we are seeing with advent of some of the higher end, sort of digital cinema type cameras that are sort of based on DSLR designs.

We are seeing higher Chroma Subsampling ratios of 4:2:2. And the other thing that I think people are working on is the ability--and we will talk about this probably in a later episode of HDMI ports on these cameras. People have been claiming for years to have these HDMI ports output a clean signal that you could record to another recorder to get even better color information, but unfortunately on most of these cameras that's not available right now. Richard: It's coming on the D4, and that's going to have the ability to put out a 4:2:2 signal over the HDMI when you don't have a card in. But I think you just need to realize this does happen, and you're going to be losing color information, and your professional job is color, so if I lose this information what can I do about it? Robbie: Well, it's generally fine for most shots, right, people worry that, oh! DSLR, you're going to, not be able to color correct it and make it look nice.

That's absolutely not the case. For most of the time we're color correcting DSLR so that we can make it great looking shot. But you're going to notice that is if you're doing a visual effects work, things like keying, and stuff of that nature, where we need to be very selective about selecting, either lightness or color in the shot, then we are a little limited, but even still, it can be done. Richard: Okay, so I think the takeaway here is that if you're used to shooting photos on these cameras, especially, Raw images, realize they're going to look a lot better out of the camera with minimal processing, because like Auto modes will kick in and sharpening and boost to the color.

But the video files are going to look a little bit flatter, a little bit washed out, particularly in the color area. But what I'm hearing you say is just relax, in postproduction we can go ahead and boost the saturation or boost the vibrance, and this will likely fix the shot and make it look more like what we saw when we were shooting. Robbie: Giving us a nice looking shot, yeah.