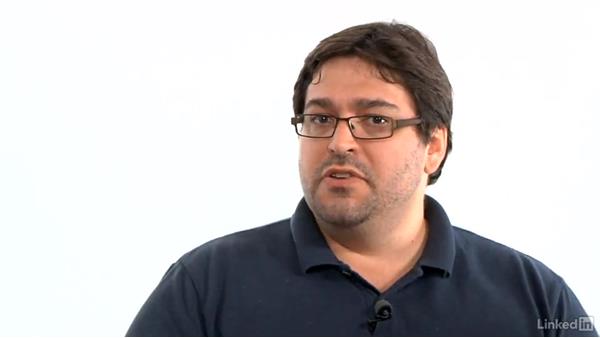 Rich Harrington: Hi, my name is Rich Harrington. Robbie Carman: And I am Robbie Carman. Rich: And today we're talking all about getting your audio recorders set up properly. Now Rob, I'm going to defer to you, you do a lot more with audio than I do. I am kind of the set it forget it kind of guy, but we've got the mic hooked up, we've got a dedicated external recorder, in this case the Zoom H4n, how do I know what are my proper levels? Robbie: Well, Rich, this is sort of loaded question, right? The first thing that you need to know about recording audio is that on a digital audio scale which uses a scale of dBFS, Decibels Relative to Full Scale, 0 is a bad, bad, bad thing, right? Anytime that your meter is going to hit 0, distortion is possible and actually probable, right? So you want to try to avoid hitting 0 on a digital audio scale as much as you can, because the second it does that you potentially destroy your audio.

Rich: But they always say take it to 11. That's analog that, right? Robbie: That works in spinal tap, but not so much in-- Rich: Not so much in the DSLR world. Robbie: No, not so much in the DSLR world. So a good rule of thumb is that you want to try to find out what your average levels are going to be. Now, when you talk to people who work in broadcast a lot, they'll tell you, hey, average levels should be around should be -20 dBFS, you talk to people who do corporate video they say -12dbfs. Rich: And if you're dealing with an audio engineer mixing a CD for a car-- Robbie: It's maybe like -1.

Rich: Yeah, because they take it all the way up to the top. But so it kind of get tricky. It also really depends on how much variation you're going to have. One of the things that I have noticed is that if I'm recording music where there is a constant variety and fluctuation, it tends to not have as much variation. If I'm recording a single person talking, it's going to go up and down, they get excited, they get passionate, it gets tough and so in many cases I find myself having to actually live monitor and make adjustments while recording. Robbie: Well, that's a very good to do, obviously. You always want to be listening to your audio, and we'll talk about that in just another episode shortly, but the one thing that I find that myself doing all the time is give yourself what we refer to as headroom, right? It's always easier to bring up the level in post-production than it is to bring down distorted audio, right? So if you're sort of in between setting your levels, always opt to go a little lower rather than a little higher.

And again, what I typically do when setting up an interview, for example, is I'll have the persons say, hey you know, talk normally and I'll sort of figure out where the level is on my audio recorder. Rich: And what I do in that case is I don't say, oh, can you give me a mic check, 1-2? Yeah, that's not normal. I say things like, hey, we just want to get our gear calibrated, can you tell me about your drive over today, what did you see, what was it like? Tell me just a short story, you know? Anything funny happen on the way into the office, and we'll talk. Robbie: Yeah, and the nice thing about that is that when somebody is telling a story or something that they're just sort of, you know, rattling off the cuff, they'll also have more dynamic range in their voice.

You know, so for example, I'm very loud person--well, when I get really excited, I get really loud, right? And so the one thing you want to make sure when you're setting levels is that you have sort of that average level, but as well as you're accounting for sort of the peak levels. Now some digital audio recorders are going to give you a helping hand. They'll have compression or limiters built in and these are just ways of sort of bringing down levels that get too hot, but don't depend on those. It's always still a good idea to sort of manually set their levels. So Rich, let's take a quick look at how to manually set a level on for example this Zoom H4n.

So I'm just going to ask you to talk. Rich: Okay, so I'm just talking into the microphone here, and this is about my volume and typically this is where I'll talk while delivering my standard narration. Robbie: Right, so you can see I'm right there between about, I don't know, about -12, maybe about -13, -14. I actually think that's a pretty good level. Rich: Yeah, you're part of a broadcast guy so that you're comfortable around -16, right? Robbie: Yeah, that's always fun. But if I wanted to go and turn this up, different digital audio recorders are going to have different ways of doing this, but on this Zoom H4n, guess what? It's just a little plus and minus button right here on the side of the actual recorder.

Rich: So I'll just give you a fresh level, and it should be reading a little bit higher now as I talk, and this my voice and this is me talking. Robbie: And we'll go up higher even a little bit more, go try that. Rich: And it's giving you feedback here, and you get a number to show the change and it definitely works. Now one of the gotchas that drives people nuts is if we didn't have this record button lit, you know, now it's actually recording. But if I hit Stop and I don't have the record button lit, you might not actually see like, wait, the view meters, they're not moving. You're going to panic, like wait, and you start playing with all the settings.

Robbie: Totally true. Rich: Yeah, it practically happened. I was like, why is the meter? Oh yeah, tap the record button once. Blinking means that you're in monitoring mode. Solid means you're recording, and I can't tell you how many times--never on my shoots of course. Robbie: Of course not, no. Rich: Now never on mine, but how many times I have heard of other people thinking they're recording when they're not recording. If you don't actually hit that button and it goes solid and the numbers aren't spinning, you're not recording. Robbie: Absolutely.

And there's two additional things to check in this sort of this level setting process, especially if you're recording multiple people or multiple audio sources, you want to sort make sure that you can independently get those different audio sources. So for example, with Rich and I up here talking, before we actually started recording this movie, we were testing my microphone and then Rich's microphone and getting those separate levels together and then we're both talking at the same time, because you know, sometimes we talk over each other and seeing where that level is going. The other thing that's always good to do, Rich, when you're setting your levels is to make sure that your channel assignments are correct.

And what I mean by that is that, hey, microphone 1 is going to input 1, microphone 2 is going to input 2 and so on and so forth, because it can be a little bit of a pain when you get to post-production to sort of have to figure out who is on what channel and what audio source is going where. So it's just, you know, sort of check that as you're going through the process of setting your levels. Rich: And it's not check that, it's write it down and put in the notes that you bring back from the field into post-production. So, hopefully that made sense on how to set the levels. When we come back, we're going to talk about some of the other options, such as monitoring, to make sure you actually hear what it is you're getting.

5/31/2016
Audio shouldn't be an afterthought when it comes to video production. It's "half the picture." But many people who shoot with DSLRs don't monitor or supplement the sound that comes from their camera. This installment of DSLR Video Tips answers the most common questions about recording audio for video:

Authors Rich Harrington and Robbie Carman offer simple solutions that will help you capture high-quality audio without a lot of expensive gear. Plus, get run-and-gun techniques for getting clean audio in noisy settings, syncing audio with video in post, and using click tracks to capture great live music performances.