Hacking a camera with Magic Lantern 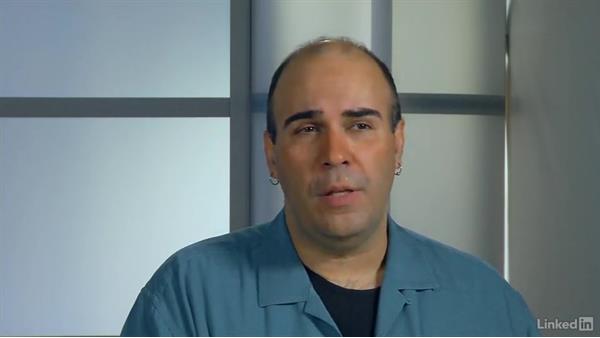 - Hi! My name's Rich Harrington. - And I'm Robbie Carman. - And welcome to this week's episode of Video Gear Weekly. Rob, we're talking about this week, something that a lot of people ask me all the time, which is, what about Magic Lantern? Which sounds kind of cool, but what is Magic Lantern? - Well, if you've been around Canon DSLRs for any period of time, you've probably heard the phrase Magic Lantern. And what Magic Lantern is, is it's essentially a hack for your camera. Now that sounds a little scary, Rich-- - Right. - Hacking your camera, but the point is is that, you know, big company like Canon has to sort of appease the wide, you know, swath of customers that they have.

So they can't put in every single little feature that, you know, an independent filmmaker wants or a DP wants. So, a couple years ago, the guys at Magic Lantern, which, they're essentially a, you know, a very talented programming team-- - Right. - Said, hey look, we might be able to write firmware to the camera that enables some extra features. 'Cause after all, the camera is a sensor and some processing, right? - And in many cases, these same cameras and sensors that you're using might make it into other products. So sometimes features are left out for competitive reasons, like, oh, you want Clean HDMI out? Well, even though it's almost the same internals, you need to step up to this more professional model.

And other times there's reasons that they leave those things out, because they're like, well, if we do that, the camera runs really hot, or you could shorten it's useful life because you're really pushing it to its limit, and we don't want to do that to the camera because it leads to more support or warranty claims. - Totally, and I mean, after all, Magic Lantern, they do say on the website that this is a hack. This is something that is sort of unsupported by Canon. Fortunately, they've gotten really smart about the way that it's installed, the way that you can switch between, sort of, the Canon firmware and the Magic Lantern firmware, but just remember at the end of the day, you know, if your camera, you know, freezes on you or something goes wrong, yeah.

You kind of did it yourself. - So, in our case, we actually rented a pre-hacked camera from the folks at Lens Rentals. They have this available on the 5D Mark III, and I was like, perfect! They've already hacked their camera, we're not going to get in trouble for hacking. - And in reality, you could put it on your camera. I mean, there's many cameras that are supported. Not every single Canon camera, but the ones that you'd think of as, you know, modern cameras, like the 5D Mark II, Mark III, 7D, and so on and so forth. And at the end of the day, even though we have that sort of disclaimer and that warning message that this is sort of a hack to your camera, I got to tell you, I'm really impressed by my Magic Lantern and the features that it gives you.

Everything from Clean HDMI out to raw video recording in HDR video, to the overlays, things like wave forms and vector scopes, and audio features. This is a really full featured set of firmware for your Canon camera, and as you said Rich, let's jump in, show folks how to install this, and get started with Magic Lantern.