Is the Canon 6D right for me? 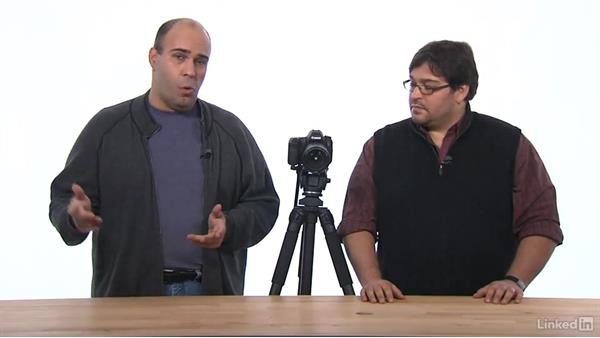 Rich Harrington: Hi, my name is Richard Harrington. Robbie Carman: And I am Robbie Carman. Rich: And today, we're talking specifically about one of the hot new cameras out there, the Canon 6D. There's a lot of confusion because if you look, well, it's not the 7D, it's not 5D, it must be exactly in the middle between those two, and it's interesting, right? Like this camera is kind of that happy medium for a lot of folks. Robbie: Yeah, it's true, Rich, and the Canon 6D is a camera that a lot of people including myself have been waiting for. And the principal reason that I have been waiting for Canon to release a camera like this, is because it's an affordable full-frame camera.

Now in previous episodes, we've talked about the difference between cropped image sensors and full-frame image sensors, and there are a lot of advantages to going with a full-frame image sensor. Now for me in particular where I sort of shoot a hybrid of photos and videos, on the photo side of thing, I love the full-frame sensor, I'm getting a better noise reproduction, less noise in the photos that I'm talking. Rich: More control over shallow depth of field because it's easier if you are looking for bokeh with the large sensor, better low-light performance. So there are certainly benefits, but in the past I was always of the standpoint that, well, you know, look at the huge price difference between the 5D Mark III and the 7D.

If you do shoot video, I would've gone for two 7Ds and had two cameras for coverage rather than one more expensive camera, if you were looking at it from a video standpoint. I have kind of amended my opinion. I really like this camera too. Robbie: Yeah, I love this camera, and you know, Canon has done something that I would say is a little aggravating but yet shrewd. They really distinguished these cameras, the 7D, the 5D Mark III, now the 6D, primarily on their sort of stills performance, in there autofocus systems for still shooting further their burst rates for still shooting and that kind of stuff, where the 7D is kind of positioned as sort of the everyday man, sorts of sport shooter camera because it has a high burst rate and stuff like that, where the 5D Mark III sort of the creme de la creme of autofocus, it's full frame.

I think you're right, Rich, that the 6D kind of fits in the middle both for photos, but for videos, they are kind of all abut the same. Rich: Yeah, I've actually used both cameras, and what I found is that the performance of this from a video shooter standpoint is very desirable, great level of control, we're going to talk about what's not good about this camera, what is good about this camera, but I think if you've been sitting on the fence or you are a 7D owner, this is a great upgrade.

Of course, and we're going to dig into this more in just a second, stepping up to a full-frame sensor might mean the need to upgrade all of your equipment.

Video: Is the Canon 6D right for me?