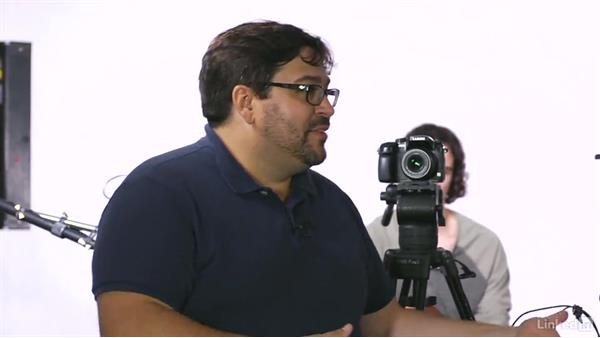 &gt;&gt; Hi. My name's Rich Harrington. &gt;&gt; And I'm Robbie Carmen. &gt;&gt; And welcome to this week's edition of DSLR video tips. Now Rob. &gt;&gt; Mm. &gt;&gt; We are taking a look at a style of camera that looks like a DSLR, but it's not a DSLR. &gt;&gt; That's absolutely right, and this type of camera other, otherwise known as a mirrorless camera, has become really popular over the past few years. Now most of these cameras are going to employ a micro four thirds mount. In a relatively smaller, pretty small sensor, compared to full frame cameras like a 5D Mark 3, or even a cropped image sensor, like an APSC size sensor.

&gt;&gt; Now, the interesting thing is, is we call it mirrorless because it's basically not having to bounce the image up to see it. You know, if you're using a traditional DSLR When you're not taking a still photo, the image hits a mirror, and basically bounces up, like to hit a prism, and come out to the view finder. &gt;&gt; Right. &gt;&gt; Well, this don't have optical view finders, they have to be electronic, correct? &gt;&gt; Right &gt;&gt; They, they do, and if you think about it, in some level, this is more, Efficient design, right. &gt;&gt; Yeah. &gt;&gt; You're not losing things, bouncing it around inside the camera. &gt;&gt; Well when you're shooting video on a DSLR, you're not using the mirror anyways.

&gt;&gt; Well, yeah, and the other cool thing about it is that because you don't have a mirror and because of the image size and the size of the sensor, we can actually adapt these cameras to use lenses of all sorts. From Nikon lenses to PL lenses to old, old lenses, you know, FD mount. And, you know, all sorts of things because you don't have to deal with that mirror. &gt;&gt; Right because everything's nice and close. The other thing that really stands out here for example, we're shooting this episode using a couple of Panasonic AF100s. I'm looking at it right now and it is using a micro four thirds mount lens.

There's this momentary move, she's like, okay. &gt;&gt; Yeah, no, it's real nice. And because it is a smaller image sensor compared to say, a Canon or a Nikon 35 millimeter size sensor. The camera bodies are smaller. The lenses are smaller, and weigh less. So it's gotten really popular with people who want light, really transportable kits that they can take on travel. Or they're, they need to run the rig in some weird location that can only support a little bit of weight. Things of that nature. &gt;&gt; And, when we come back we're going to talk about some of the specific benefits of this form factor, and what options it has for people who are into digital cinema.