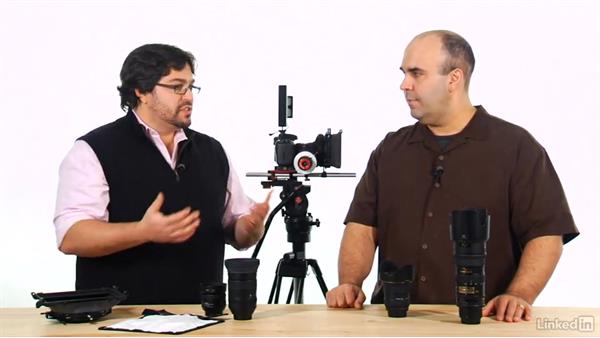 Richard Harrington: So Rob, one of the things I've noticed is that people have very strong opinions about lens flares. Some people love them, clients, music video directors, special effects folks, there's plug-ins to add flare after the fact. Robbie Carman: You know it's funny, I was watching the most recent Star Trek movie last night and there is a lens flare in every single shot in that film. Richard Harrington: Yeah, that's sort of hallmark of J.J. Abrams style. He likes lens flares. Robbie Carman: That's right! Richard Harrington: So, that's fine and if you want lens flares and you are designing your shots so they show up, that's perfectly acceptable.

You know, what we're talking about here are those accidental lens flares that you might miss while shooting, and remember, the lens flare is caused by the light really just hitting the lens at a weird angle. Typically, if you're pointing the lens up into the sun or you're starting to get a little bit high, you know, you'll have that bounce in or could be a reflection, but what it really results in is an area where you see a loss of contrast and maybe a weird geometric artifact. Robbie Carman: Yeah, it's interesting. I mean again, you're absolutely right. It's sort of the angle of your light source to the front element of the lens, and most of the time that happens by accident and it's probably not wanted, but it can happen on purpose, you know? Working with a gaffer you can position those lights, so as you move, you're going to get them.

I'm sure you remember back to the '80s as well, when we have the good old--the star filter where we get those nice star lens flares, which was cool as well, but most of the time you're right, they're unwanted. And the thing that I noticed most about them is when I'm watching films or watching TV, when they're fake and they're inserted for stylistic reasons, they often tend to be perfectly uniform in their lightness and sort of their color and that kind of stuff and the shape. When they are done by accident like, oh, that looks like a dirty spot on the lens or something like that, right? Richard Harrington: Yeah! It looks absolutely like you have a smudge on the lens or that for some reason, why is the shot just--why has it all lost contrast? Robbie Carman: Right! And let's be honest with you, they're unavoidable in certain circumstances, right? So if you really wanted to go about it, you could rotoscope them out in postproduction, that kind of stuff, but we have a much, much, much more simple way, couple of different ways actually of avoiding lens flares and that's what we're going to talk about next.