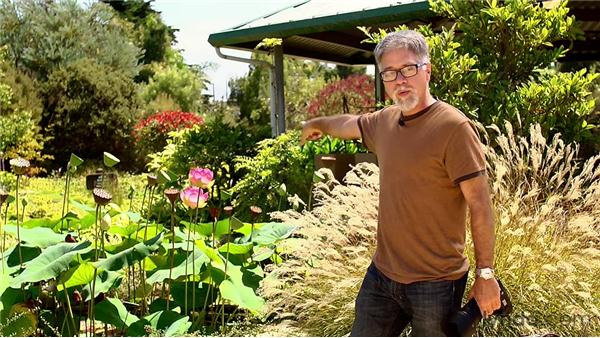 If you've slogged all the way through the rest of this course up till now, I commend you. That's a lot of material and some of it is pretty dry material. That said, it is important to really know all the features of your camera, and know how to drive each one. So sitting with these videos or with the manual is a good exercise. But there's a difference between sitting in a room simply studying those features and being out using them. So it's time to get outside with your camera and start actually getting some real-world practice. Remember, these cameras were designed with photography in mind. It's not just engineers just sticking buttons and features on as they like.

There has been a lot of thought put into how different features work together, which ones you need access to quickly, which ones can be buried in menus. And a lot of these features work in concert. As you start thinking of the whole camera as a system, then the way you'll approach different subject matter will change. So in this chapter we're going to spend just a little bit of time going over some real- world scenarios so that you can see what my thought process is in relation to the camera and kind of how I work around certain things.

So we're going to start with focus and composition. We've talked some about autofocus, about how you have different focus modes, how you have different focus spots you can choose between, and most importantly, that you have to prefocus, that you have to choose your focus point and lock it in before you take a picture. So I want to take a picture of these nice pink flowers back here. And I don't want them in the dead center of the frame; I'd like them off to the side. Right now I've got my D800 set to automatically pick a focus point. So if I frame my shot the way that I want it, with my flowers off to the side, and take a shot, it accurately chose a focus point. The flowers is in focus; the shot looks fine.

That said, I usually don't work that way, and the reason is it changes my thought process while I'm shooting. When the camera is automatically selecting a focus point, I frame my shot. I half-press to focus. Then I have to stop and go, oh, did it choose the focus point on my subject? For some reason, that's putting the focusing part in a different part of the thought process than I like to work, so what I normally do is I switch the camera to a center-point focus. I make sure that the very center of the frame is where the camera is going to focus.

Now, if I were to frame the shot like you saw it and focus with center-point focus right now, the flowers are going to be out of focus. I've got pretty shallow depth of field and that center point is going to focus on those plants way in the back. So instead, what I have to do is I first have to put the center focus point on the flowers. Then I half press the Shutter button to focus in meter. And then while still holding the Shutter button at the halfway point, I reframe my shot. Now I can press it the rest of the way to get the shot and the flowers will be in focus. So that's what I'm going to do right now. I've got the center point on the flowers.

I half-press to focus. You heard the beep. It has locked focus. I still have the button halfway down, so focus is still good. Now, I'm reframing my shot to put the flowers where I want them, pressing the button the rest of the way, and there's my shot. Now, it's the same picture; the flowers are in focus, just like they were the first time. The difference is now my thought process is, there's my subject. Am I focused on it? Yes. How do I want the framing? Great, now I take the shot. It's putting the focus decision making process in a different place, and for some reason it makes more sense to me to do focusing first.

That may simply be because I have been shooting since before there was Autofocus Point Selection and that's the way that I'm used to working. It's worth experimenting on your own with that. Try these different focus modes. One of the things that's nice about the D800 is you can configure it in lots of different ways. You will probably never use all the focus modes. You'll find some that you like and some that don't work for you. So I'm going to do something else now. I want to try a few different framings of the flower. The distance between me and the flower is not going to change, because I'm going to stand right here and just put it in different parts of the frame.

The problem with the center point autofocus technique is I'm constantly having to go back and grab focus and reframe, and that can slow things down. So instead, what I'm going to do is put the center point on the flowers, half-press the Shutter button. Now, I've got focus set for the flowers. I'm going to switch my camera-- or my lens, rather--to manual focus. Now that focus is locked in no matter what I do with the Shutter button. Now I can just shoot away. I can put the flower wherever I want it and easily shoot a bunch of pictures, and they will all be in focus as long as the distance between my camera and the flowers doesn't change.

If I was working with extremely razor-thin shallow depth of field, this technique may not work so much, because at that point even a little bit of forward or back motion might throw things out of focus. So what you'll probably find is that you like a couple of different focus strategies. I tend to switch between center-point autofocus and fully automatic autofocus depending on subject matter. Most of the time I stay in center point, but if I'm really having to move fast in a changing environment and it's an environment where I know I can trust the Autofocus Point Selection, then I'll switch back to that. So do a little experimenting with both and just be sure that you have a handle on these different autofocus strategies.

11/8/2012
In this course, photographer and author Ben Long details the features, controls, and options in the Nikon D800 digital SLR. The course begins with an overview of what a digital SLR is and a tour of the camera's basic components. Ben then discusses the camera's basic operation: changing lenses, navigating the menus, shooting in automatic mode, reviewing and managing photos on the camera's LCD screen, and transferring photos to a computer.