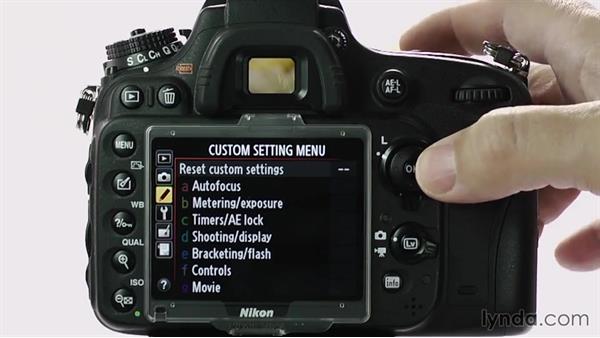 - Out of the box, your camera shoots a single photo with each push of the shutter release button. However, there are some situations where it could be useful to shoot several photos in rapid-fire succession, for example, to catch the action of an athlete or perhaps the perfect expression of a laughing child. Remember, card space is pretty cheap. So cover your bases and get a few extra shots in by using what's often called burst mode, or continuous shooting mode. In continuous mode, your camera captures a continuous stream of shots.

Now, your camera will store these shots in a special area of memory called a buffer. As the buffer gets full, it'll start to transfer the photos to your camera's memory card. If it can't transfer them fast enough, it may need to stop shooting until there's room in the buffer again. But keep in mind, using a faster memory card can really let you shoot longer as it speeds up this transfer process. Your camera has two different continuous modes. To change release modes, press the release mode dial lock and then turn it to choose the corresponding release mode.

With continuous low speed, you could record one to five frames per second. To set this rate, choose the custom settings menu, then choose the shooting and display section and press the right arrow. Choose item d5 for continuous low mode shooting speed. Then press to the right. You can now assign a frame rate between one and five seconds. Remember, if you're shooting with a flash, it will only fire the flash for the very first shot. With continuous high speed, your camera could take up to six frames per second.

Again, only one picture will be taken if the flash fires. If you want to know how many shots are remaining before the buffer fills, look for a number on the right side of your viewfinder. When you're not shooting, this number is how many images will fit on the memory card. But while shooting or, if you half press the shutter release button, you'll see a lower-case r followed by, typically, a two-digit number. This is the number of images that you can shoot in continuous burst mode before the buffer fills. Now, if the buffer fills, the camera will pause and start to transfer the photos from the buffer to the memory card.

If you're still holding the shutter button down, your camera may have to pause shooting or drop to a lower frame rate. Remember, a faster memory card will speed up this transfer process.

10/31/2014
Get up to speed quickly with the essential features and controls of the Nikon D600 and D610—two great DSLR cameras that bring pro-level features to a wide audience, and offer an affordable entryway to full-frame shooting with a Nikon. Explore the shooting modes that go beyond "auto", find out how to take bracketed photos and videos, and learn to adjust camera settings for specific situations, such as mixed lighting, fast movement, and low lighting levels. If you understand your gear, you can get consistently better photos, so keep your camera close by, as author Rich Harrington explores its many features and controls.

Want to get up and running even faster? Check out the "Quick Start" chapter to learn how to use your D600 or D610 straight out of the box.
Topics include: