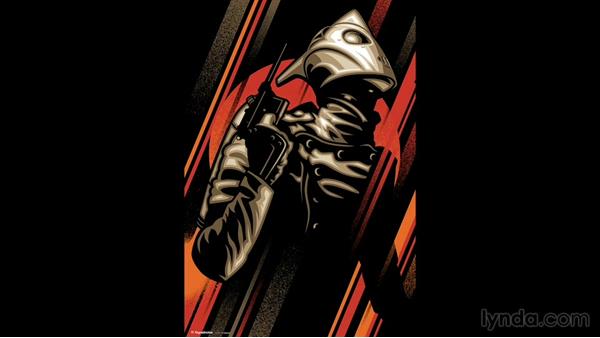 I was a typical kid of the 80s. And being a kid back then meant I was into all things awesome. I was very much wrapped up in the pop culture ecosystem, that was the norm back in the 80s. All that ties up with me actually illustrating and drawing. I was always drawing my favorite characters and that kind of stuff. It was just a fascination, wonder and imagination. And it was like, imagination made visual.

My name is James White, and I'm a visual artist and graphic designer. And I run Signal Noise Studio out of Dartmouth, Nova Scotia, Canada. Signal Noise, it's a studio but it represents to me my own little playground. The signal in my work is the original idea. And the noise, is all the experimenting that comes from the creative process that I've adopted. A very organic process. It kind of encapsulates everything that I love about creating, into one name. I started to draw when I was four years old. It was right when I picked up a a marker or a crayon or a colored pencil for the first time.

My mom couldn't keep the good typewriter paper in the house, because that was the stuff that didn't have lines on it. I had loose leaf in school. But man, that coveted blank piece of paper. I just liked having a blank piece of paper, and drawing a cartoon character on it. The idea that I could create something from nothing. Was what kind of drew me to it. I worked with agencies for about a decade. I was satisfied obviously with the agencies I worked with. But the kind of work that I wanted to do, it never really locked into place. I would always go home. And after hours, staying up until 3 in the morning working on my own stuff. I hadn't really found my creative voice.

But every single project that I did, I sharpened my skills even more. I learned new skills along the way. I learned how to use the software a little bit more. I realized that my true creative voice or vision, was going to come from that 7 year old kid back in the 80s. And it's not until I looked at that aesthetic, and I said this is the kind of stuff I want to make, this is the stuff I love. It's fun, and foolish, and amazing and silly, you know, and that's, that's kind of the the flavor that I tried to infuse into all the work that I do.

Is I want to make work that looks like it was fun to make. I've always kind of flirted with doing movie poster design, because movies was an easy way to get content. What I really wanted to do, was take the aesthetic that I as experimenting with and bounce it off of a franchise. Because they have an existing aesthetic and cinematics and themes. I'm like, can I take what I'm doing and morph it into something that would represent like, 2001: A Space Odyssey? Like I said, when I was a kid, I would always be drawing my own cartoon characters.

So that's what I wanted to do in, being like, in my early 30s or whatever. With all these new skills and new software that I'm using. I wanted to create an image that's much the same process as me drawing my favorite characters when I was a kid. So now I'd be just creating posters for my favorite movies. Before, I was just throwin' around fancy effects, and hopin' that everything landed in place. But with this, I had to actually study, frame by frame, in a lot of sequences. Trying to capture a character, or an atmosphere, or a theme with a single image. Early 2012, I did a movie poster for, Drive.

Nicholas Winding Refn's movie, starring Ryan Gosling. And it went viral. I got a crazy amount of demand for it. I had no idea there were so many Drive fans out there. I decided at that point that I'm going to dedicate most of my time to creating movie posters. And that means like kind of dodging client work, which is not good advice. But kind of dodging that stuff to make more time for me to chase what I want to do. And I knew it was going to be an investment right upfront. So I thought okay, I'm going to do this. And I'm going to create as many movie posters as I can, my output is going to be really high.

And I spent most of 2012, just creating movie posters for the, the movies that I wanted to make a poster for. In the end, I can sum up the year by saying I love doing all of that work. And I created some of the best work that I've done, was in that era. But, financially, that was a completely different story. Because I didn't make a dime on any of those movie posters, except for the Drive poster, which we got the license for. And we did a poster for Terminator 2. Other than that, I didn't do any official movie posters. Because the license is locked up. It was disappointing.

I couldn't break into this this scene. I got mad. To sum it up, I got mad. and when I get mad, what makes me feel better is making stuff. So,rapid fire right out of coming out of the movie poster thing, I was really upset, and I started like, I want to do something different. And I knew I wanted to get into, like, some illustrations. Some like, kind of 1960s or 70s children's book illustrations, sprinkling of Saul Bass inspiration. Kind of painterly off kilter perspectives, and that kind of thing. Keeping with the Signal Noise theme of designing.

For the 1980s I decided to do old video game consoles. So I did illustrations of the old Nintendo Entertainment System, Commodore 64, the old Atari. Then started flirting again with pop culture stuff. I did an illustration of the Delorean, and the Enterprise and that kind of stuff. I am trying to do these things, and doing 'em as fast as I could, and putting them out there. Because I felt like I'd lagged behind, doing the movie poster thing. Even though I enjoy doing it, and I grew my skills, I felt like well, that's what I've been doing.

And if I consider it like a closed door now, I need to, I need a new frontier in Signal Noise, and I need it immediately. And couple that with being kind of, annoyed that that last thing didn't happen. I started rapid fire machine gunning out these these illustrations. And to my complete surprise, I got a phone call from the Canon camera company. And they ended up commissioning me maybe two weeks after I started doing these illustrations, to illustrate their cameras for them. And that's another testament that you never know what's going to happen if you don't put your work out there.

If you don't take the time to try a new and different thing. Get out of your comfort zone. And and try something completely different. Creatively, I don't think I'll ever be satisfied. Because being satisfied to me means being complacent. And, I'd rather be into creativity for the journey, not the destination. 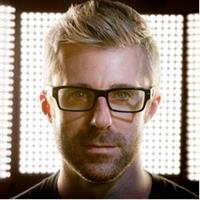 11/22/2013
Designer James White spent a decade working for other agencies before he founded Signalnoise, a one-man design studio in Nova Scotia. He was determined to explore his own aesthetic: "Fascination, wonder, and imagination made visual." The move was creatively productive and financially lucrative. But when he decided to dedicate a year to his passion project—taking his own bright, pop approach to iconic movie posters like Jaws and Indiana Jones—he ran into licensing roadblocks. In this Creative Spark, James explains how he dealt with the setbacks and found new opportunities for Signalnoise.