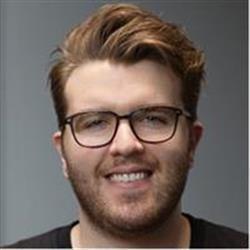 Colin Fisher, aka Soundprank, is an EDM gonzo and sound designer for the video game industry.

Ontario native Colin Fisher, has worked as a sound designer, composer, mixer, and is even better known by his alias, Soundprank. No stranger to the electronic dance music scene, yet trained from a young age in classical piano and jazz, he aims to deliver a musical experience that evokes a sense of magic reminiscent of the 90's combined with the balanced, lush, and atmospheric sounds more prominent in today's EDM scene. His innovative take on retro-futurist sounds has charted him numerous times on Beatport's Progressive House and Trance Top 100, and many of his tracks have graced the decks and radio waves over the years, including hits such as "Gemini," "Atlantic, "Squared," "Flare," "Beginnings," "Animus," "The Far Side," and more. Soundprank has also remixed the likes of Andain, Velvetine, Parker & Hanson, Solarity, and Dinka, along with a bootleg he did of Sasha's luminary track from his Involver album, "Belong." Valuing quality over quantity, he is careful and highly selective of his release schedule. He's recently diversified by releasing a chillout track "Harbour" that has already reached (to some acclaim) the upper echelons of Beatport's Chillout charts on Anjunabeats recent compilation "Anjunabeats: Chilled Summer". He has also worked in the video games industry behind the scenes as part of the production team for the AAA title Thief, which was released by famed studio Eidos Montreal (known also for Tomb Raider, Deus Ex: Human Revolution). When he isn't knee-deep writing orchestral and electronic music for some of the industry's biggest sample and trailer companies, Soundprank is renowned for being a storyteller DJ, and brings the same feel in his productions to his DJ sets.