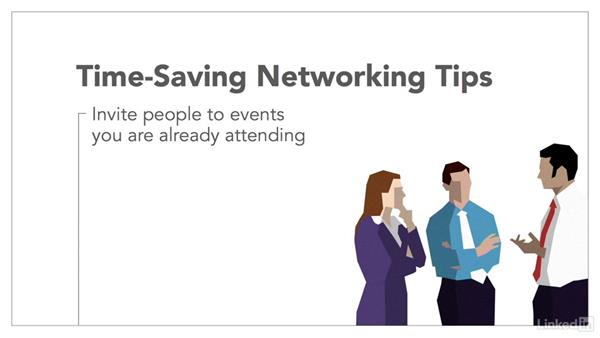 We're all busy these days. But you can still make time for networking. In this video, Dorie shares three strategies for how to maximize your networking efficiency, including connecting multiple colleagues, inviting contacts along to events you’re already attending, and making a simple goal of having just one meeting per week.

- We're all busy these days, but that doesn't mean you're too busy for networking. Networking doesn't have to be an onerous, time-intensive process. Let's discuss some ways you can do it efficiently and effectively. One of the best ways to save time in networking and add value in the process, is to connect multiple people with one another. When I visited San Francisco a few years back, I had limited time, and I wanted to see my colleagues John and Susan. They weren't acquainted, but I thought they might enjoy each other, so I invited them both to dinner.

It was a time saver for me, because it allowed me to connect with both of them in one evening. But it also forged a new connection. They've subsequently gone to numerous networking events together, and Sean has referred Susan to many podcasts for interview opportunities. If you're feeling pressed for time when it comes to networking, think creatively, and maybe you can connect people who'd appreciate it. The default in business culture is to just invite someone to coffee, but you might not have time for that. Instead, if you wanna meet up with someone, invite them to join you at an event you're already planning to attend.

Maybe it's a networking event, or a fun activity like a fund-raiser for a charity you support. They'll appreciate the unique experience and the chance to spend time with you, and you'll get to know them deeper and perhaps benefit from their connections as well, since you can introduce each other to new people at the event that the other one might not know. This is a fast and easy but symbiotic way to network. If the idea of networking seems stressful to you, think of it this way: to start out, you can limit yourself to just one networking meeting per week.

In my ebook, Stand Out Networking, I profile Michael Cats, a consultant who stays in touch with colleagues in various ways, such as emails and letters, but reserves one slot per week for an in-person meeting with a new acquaintance or someone he wants to deepen a connection with. Almost anyone can spare an hour a week for networking, so if you commit to it, you can do it. We're all busy, but that shouldn't be an excuse to avoid networking. By connecting multiple colleagues, inviting people to events you're already attending, and focusing on doing just one meeting per week, you can begin to get momentum. 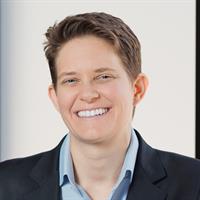