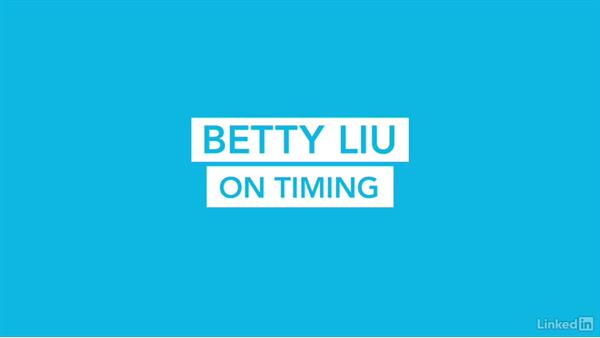 - So, I've always kind of hated the word networking. Even though I'm fascinated by networking, and I love to network, I've always hated that word. I've always hated the idea of networking, because it is so fake in many ways. I mean when I first graduated college, I was taught certain rules. You know, pick three names, call them, and then they'll connect you to others. Go to different conferences, wear your name badge, and introduce yourself, get their card, and write them an email after. And look, those things do work to some extent, but they don't generate organic connections, which is really what networking is about, right? When you're younger, that might be OK to do, but as you grow older in your career, networking like that does become less and less effective.

In fact, instead of boosting your self esteem, sometimes it can actually make you feel worse. So, true networking to me, or one of the things before you really network, is I think you really need to know who you are, and I'd go back to the whole, "Knowing your brand, "knowing your value, knowing who you are, "knowing what you can offer another person." Once you know that proposition, networking becomes a lot easier because you kind of know what angle you're going into in any relationship. And a lot of people ask me, "Well, how do you know what your brand is? "I mean, what am I?" The easiest way to figure that out is to talk to other people, and ask them what they think of you.

You would be surprised at the consistent words that come out describing who you are. There's one CEO who said to me, and what he called it is, he called it your book, it's essentially everybody has a book about them, and you may not know what your own book is, but other people do. And so if you ask your former employers, your friends, your spouse, your boyfriend, your girlfriend, your kids, your parents. Continually asking them what they think of you and how they would characterize you, you will be surprised that the same four or five words crop up over and over again, and once you get those words together, then you'll know what your brand is.

And once you know your brand, then you can build to expand it, and to really grow that brand. So, a lot of people think of networking as like outward networking. You know, I'm going out to meet people, I'm presenting myself to others, I'm reaching out to different networks, and that's fine, that is networking, but that's outward networking. A lot of people don't think about something else called inward networking, which is, "How do you make yourself "the person that people come to?" Whether it's because you have developed an expertise, maybe you're a crisis manager.

Or you're a wizard in public relations, or you're a marketing specialist. Some sort of specialty. You become known for that. What you'll find is that a lot of people then end up finding their way to you, so it's inward networking. So as much as it kind of relates to my point before, as much as you want to be out there socializing and meeting with people, you always want to make sure you build enough of an expertise that people come find you. The other thing I think that's really critical as you get older and you network, is you have to become a more interesting person.

So when you're 22 years-old and you're networking, people don't really expect you to have a personality. They know that you're just asking a lot of questions like I did, right, and you're just learning about the world, and everything is gee whiz, and that's fine. But as you get older, and as you network, the way to develop really organic relationships, is to connect with people at a different level. Not at a level of work, but at a level of mutual interests, whether it's wine, or golf, or reading, or whatever hobbies there might be, or sports, or anything like that.

Becoming a more interesting person, someone that you want to relate to, I think that is a critical part of networking. Nobody wants to be networking with someone that they think is boring to hang out with. You want to be the person that other people say, "You know what, I'd love to grab a drink with him or her. "I have fund spending time with this person. "Let's go play golf. "Let's go ski. "Let's go do something." That also is a very critical part of networking, and you'd be surprised at how many powerful people when they network, the last thing that they want to talk about is business.

I met one woman who was heading up the Asia Operations for CNBC, and she was gracious enough to grant me a meeting, and we met in New York, and she looked over my work, my tapes, and everything, and we had a good time talking. But she said, "Look, I just don't think you're ready. "You don't have the experience. "You've got a really good background in China, "but you just don't have the television experience, "and I have an opportunity, but I don't think "you're the right fit." So of course I was disappointed, but we said the same sort of perfunctory things, "Let's keep in touch.

"Great to meet you." And I never really thought anything of it. But through the years, I kept in touch with her. I would send her an email once in a while just telling her, "Hey," and it wasn't always about work. I told her I had my kids, I'm living here now, having a great time doing this, and by the way, you always want to be very positive with people. You never want to email someone anything that might seem negative so you always want to be positive with people. So, I emailed her and told her about the things that are happening in my life, and how I was still very interested in working with her, and sometimes she would email me back, and sometimes she wouldn't.

And I never took offense at that. I just continued to politely keep in contact with her. And, right at the moment, after I had my two boys, when I was really, really focused on looking for this job, and this is when I had the encounter with the television coach. Right at that time, I woke up one morning, and there was an email in my inbox, and it came from this woman. And she said, "Hey Betty, just wanted to let you know "that another opportunity has opened up, "and you've been on my mind all these years, "thank you so much for keeping connected with me.

"I'm gonna be in New York in a couple of weeks, "would you like to meet?" Booked my plane ticket, went to go see her, and we connected again. We went through again some of my background, and we talked, and I just knew after I left that meeting with her that she wanted me for the job, because I was number one, prepared by then. And number two, I'd kept a connection with her. I didn't just let that drop off, and she appreciated that.

So a couple of months later, she offered me the job, and I was packed off to Hong Kong after that. If you're looking for another job, it's always great to have a job already. I mean you're that much more attractive when you're already at a job, so I always say, "If I were you "and looking to change a career, "I would still be at my job. "I wouldn't just wholeheartedly quit." So, that's number one. The downside to that though is that you can become comfortable in your job, right, and you might lack that motivation to really change it or delay that decision.

So that's where that fear of regret comes in, right, so you have to ask yourself, "In five years, if I was still in this same position, "would I be happy?" I think when you're at your current job and you're looking for a new one, you want to constantly, even if you're not even looking for a job, I think you have to constantly be networking all the time, and it's not just networking outside. You've got to be networking inside. I think one thing that people forget that is so important is that you do have to network up.

Right? You network with the people around you. You should be socializing. Maybe you don't go out every week with your colleagues for a drink, but you should go out with your colleagues once in a while, because it's nice to socialize and get out of the office, and connect with people in a different way. I mean that goes such a long way towards a good working relationship. But the part that people miss a lot is networking up. Emailing your CEO or emailing not just your direct boss, but your boss's boss, and your dotted line boss.

And other senior people within the company. Let them know who you are. It could be as simple as, "Hey, I've worked at this company for x number of years. "This is what I do. "I would just love to meet you for a coffee "or stop by your office just to say hello." Doesn't have to be more than a five or ten minute meeting. You would be absolutely surprised how many people don't do this. You should be doing it. You should be networking up. It's almost as critical to network up as it is to network out. 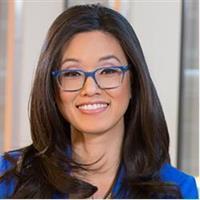 9/15/2016
Betty Liu is a LinkedIn Influencer and anchor for Bloomberg Television. She is also founder of Radiate (RadiateInc.com), which focuses on management and leadership content. Betty asks the hard questions of world leaders and industry titans like Bill Clinton, Elon Musk, Warren Buffett, Jamie Dimon, and many more. Her experience in the business world has led her to author books and host the popular Radiate podcast, which have helped thousands explore new career opportunities and make smarter career decisions. Here Betty shares her take on the most common and pressing topics when it comes to job seeking and career success.

Learn what it takes to