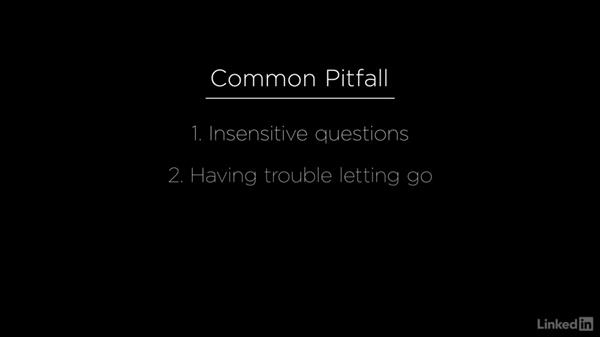 In this video, Florent Groberg addresses some of the common pitfalls when entering the civilian workforce. Learn how to deal with insensitive questions in the workplace and build rapport. Spencer Milo talks about answering employer questions surrounding PTS and killing while in combat. He also stresses the importance of staying respectful when asked inappropriate questions. Ben Harrow talks about the difficulty of letting go of military culture.

- When you start a job after being in military be prepared for questions about your service. Some of the questions might appear to be insensitive. But you must understand that their limited understanding of your background is not intentional. Instead, look at it as an opportunity to build rapport. And on this note, I want you to hear from Spencer Milo from Hired Heroes. - When I work with veterans, and especially when it comes to interviewing, I always get the well, what if they start asking me if I have Post Traumatic Stress, or what if they ask me if I've killed somebody.

What I tell people is to be honest and be comfortable with what you want to say. If someone asks you, "Hey, did you kill somebody?" First and foremost, they're not supposed to ask you that. That doesn't mean they're doing it for the wrong reasons, they may just be genuinely curious. So something that I will try and tell folks is, "Hey, to be honest, it's not really something "I feel comfortable talking about." And try and turn it back to the interview. Say, "However, while I was in the military, "I have learned this skill, or learned this skill "and I think that will greatly, "I'll be able to use that to greatly "help this organization or for this position." We can turn it into that.

And don't be afraid that after the interview to, once it's all done, say, "Hey, I know that you may be curious, "but that's really something I didn't want to talk about. "So I hope that you can't fault me for that." Don't be afraid to say that. If you're struggling with Post Traumatic Stress, or you have at some point, let's say they ask you. Be honest if you want to be. And I'm not saying to not be honest or to omit, but you don't have to answer that question. You can say, "Well, to be honest, "I'd really rather not talk about it." Or someone like myself, who's dealt with it, and has come to grips with it.

Yeah, I did struggle with it for awhile, but I went and saw some doctors, I read some books, and I feel like I've got a good handle on it. If someone doesn't want to hire you because of that, you probably don't want to work for 'em in the first place. So don't be afraid to stick up for yourself. And no matter what, stay tactful. Stay tactful, stay respectful. Just because someone asks something like that doesn't mean that you need to flip off your rocker and just go nuts on people. I mean, I've spoken with veterans. And I've been like, "So, what are you struggling with?" And they get all sorts of hot and bothered with me and all I'm trying to do is help.

So take a breath, it's okay, people may ask you those questions throughout your life. You're just going to have to figure out how to deal with it. And everyone's going to deal with it on their own little way. So don't be afraid to stick up for yourself, and if you don't want to answer something, say "I'd really rather not talk about that." And move forward. - It's tough to let go, and I understand that. And a lot of people still have that urge of I want to be around the guys, I still want to be doing fun things. Anyone that still feels that way, I can tell you there's other things out there.

Where for me, I wanted to do something competitive and athletic, and I couldn't do that as an SF guy anymore. I started playing sled hockey. And I compete at the paralympic level, and I play for a club team, and I'm able to still have that feeling of competition. Whatever your thing may be that you felt like you needed in the army, I guarantee you'll find it out in the civilian world. It's not like it's never, ever happened before. And I think that's something that people need to realize and remember. So just because you're in 11 Bravo in the army doesn't mean that you have to get out and be a cop.

There may be certain traits of being an infantry grunt that you enjoyed that you'd be very pleasantly surprised. Other occupations out there share those same common traits. - Just because you had one career in the military and you're about to start another one, it's okay to be afraid of it. I was, I was scared to death about getting out of the military. I wanted to do the 20 plus and I wasn't able to do so. And it messed with me, it was difficult, but I realized that you know what, it is what it is. That part of my life is done and I need to move forward.

So don't be afraid to fail. When you're searching for yourself, don't expect that you're going to land your dream job right out of the gate. I can't tell you how many veterans I've asked, "Well, why do you think they should hire you?" Well, I did this in the military. Well that's great, you're not in the military anymore. Get past that. - So one of my experiences that I had with an organization that wanted to capitalize on my military experience. The owner of the organization consistently introduced me as Ben the wounded warrior, or Ben the injury guy, Ben was a special forces guy.

Where that's great, and I'm super proud of my service, but I'm also kind of turning, starting another chapter of my life. I'll always be a special forces buy in a green beret, but I was kind of focusing on this next part of my career. And it was more about who I could get him in touch with within the military, and networking for him where I was just a pawn and a bridge compared to utilizing my actual toolset and tradeset that I have as a college graduate, as a veteran, as a former SF guy. 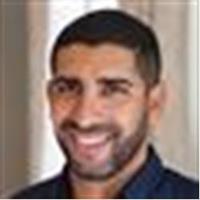