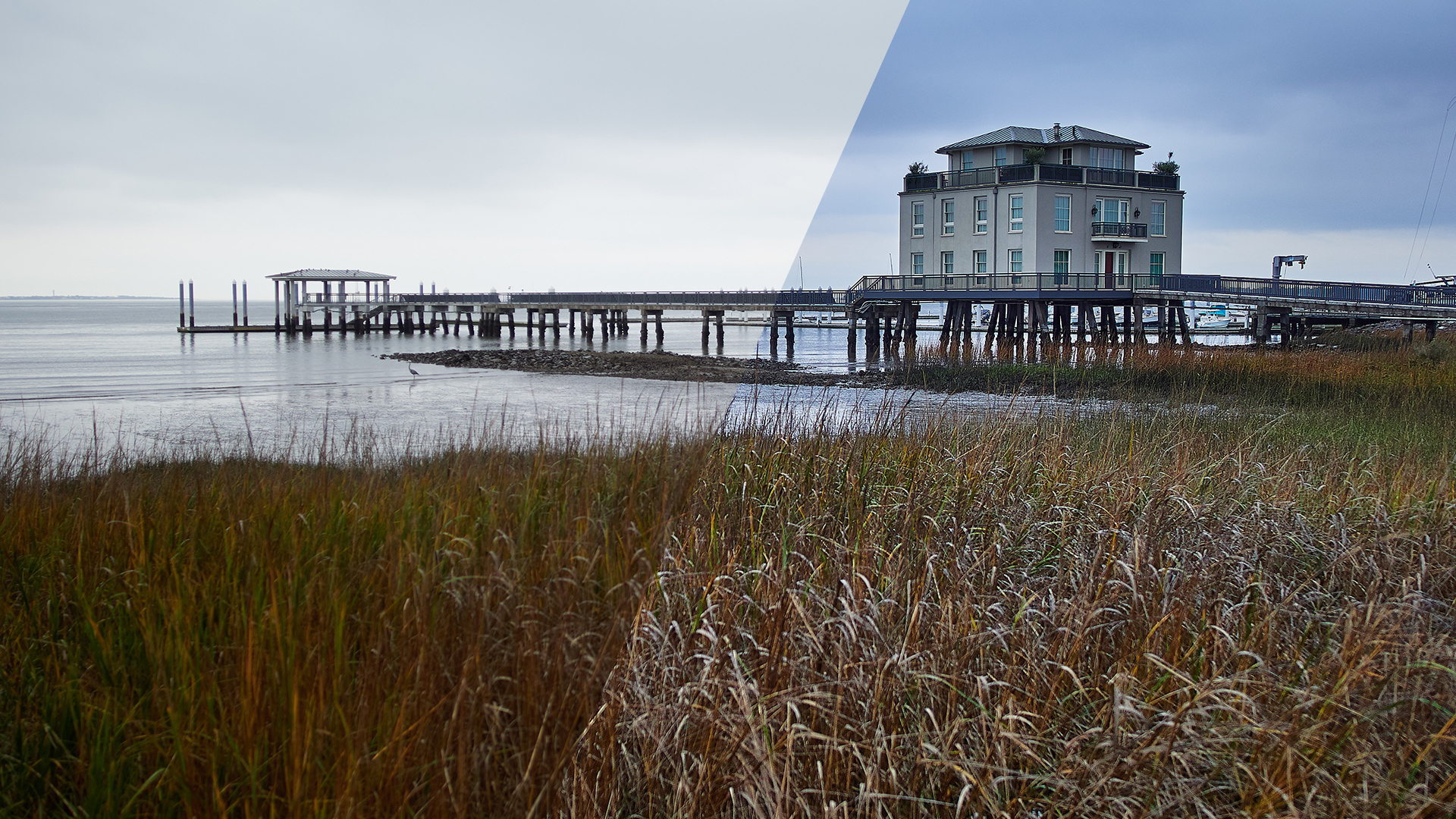 Once you’ve created a mask for your subject, you can invert it and use your work for the background as well. In this video, Derrick Story shows you how to do this by inverting a mask.

- [Instructor] So I mentioned earlier, well, you know, I could also use a gradient mask for this foreground here, and I was going, okay, now I kind of have to do it right. But instead of just drawing a mask from scratch, I'll use this to show you another technique, which is invert mask, which you can use for all sorts of stuff. Now we don't really need to use invert mask for this, but let's do it anyway. So what I'm going to do is let's create a new empty layer here. We'll just call this foreground.

And I'll go ahead and pick up our grad mask from the previous layer. So we'll copy mask from grad mask right there. Now let's just hit the m key so we can see it. So I could play more with the sky if I wanted to, I've copied it, but what I want to show you is invert mask. So what I'm going to do now is come up here, and we'll go to invert mask, and now our mask is down there.

And the reason why invert mask is nice is because it is just a flip of your original mask so it sort of ends where the other one begins, all that kind of stuff. Okay, so I'm going to go ahead and hit the m key and we'll just go ahead and play with this foreground the way that I wanted to. I just wanted to darken it just a bit. And maybe raise that contrast, maybe soften that contrast a bit there. Kind of play with it just a little bit.

And maybe take that saturation down just a hair. Something like that. Let's see how we did here. So we'll turn it on. So there's where we were. And it's just a little adjustment there. And if I wanted to I could go over to detail, let's turn on our mask, and let's do a little sharpening on this mask can bring up the sharpening. And let's do a little clarity, too.

So we'll do, let's say, a punch. We'll do a little clarity, and structure also. Just to kind of really give us a different look here. Now let's turn that on and off. Yeah, it was kind of a throw-away before and now we have this and I think I'll maybe tame the highlights just a little bit there so they're not too distracting. Now we're really in kind of cool shape. So that's invert mask, and so if you've created a mask somewhere, we could do the same thing on the portrait, right? In fact we did, where you'd go to all that work on selecting the subject and then you want to work on the background so then you create a new layer and you copy the mask, and then you invert it, and then that'll be perfect for working on the background.

In this case, we worked on the sky. We already created the mask, so that we could create another layer, invert it, and then work on the foreground. It is very handy and it's one of those time-savers and the bottom line in this chapter for me is that I want you to work as efficiently as possible when working in Capture One Pro 11. They gave us so many tools to do that. Hopefully this collection of movies will make you very effective in layers and help you motor through your images and create some really great stuff.