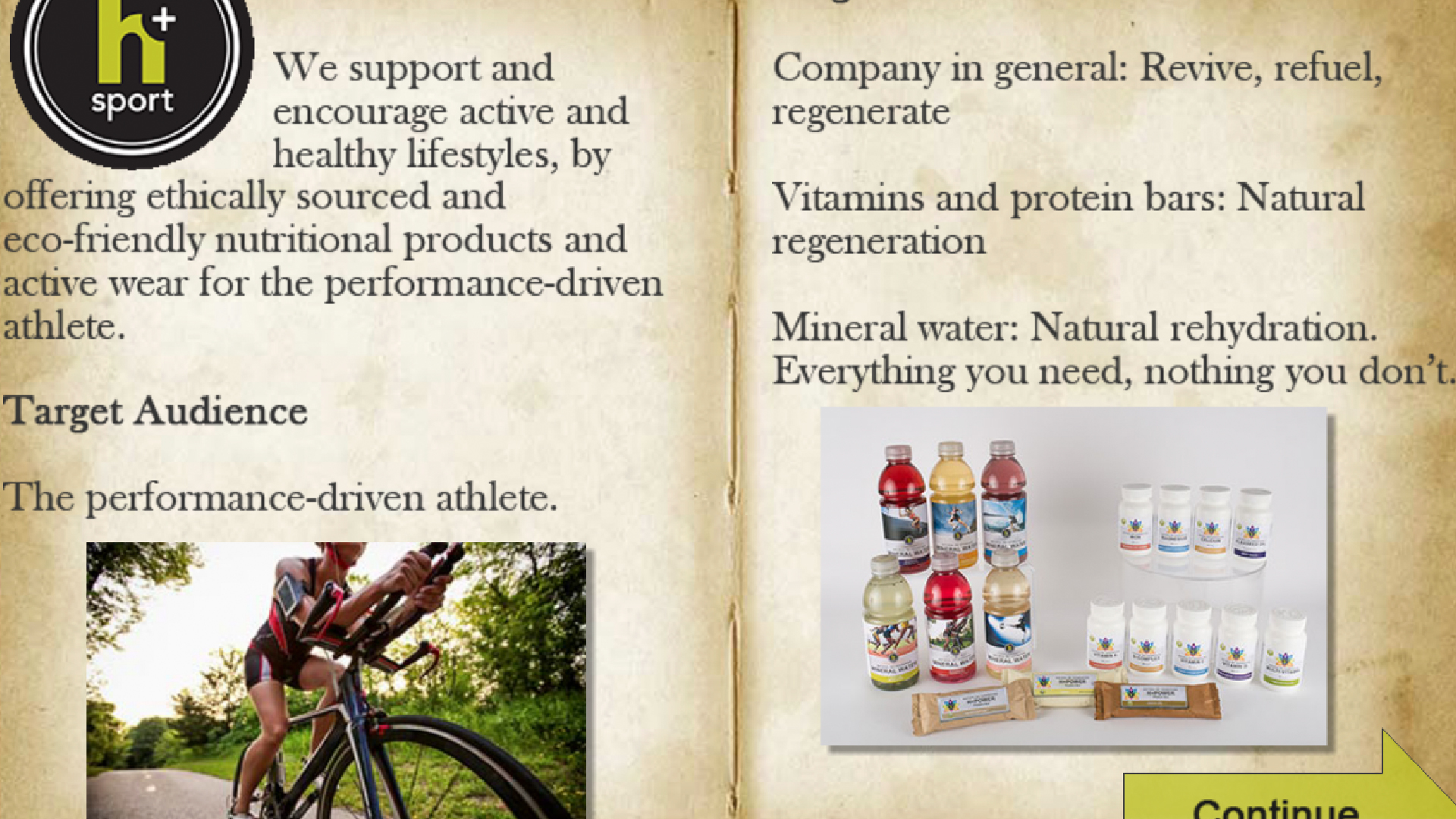 Join Anastasia McCune for an in-depth discussion in this video Viewing the finished project, part of Building Elearning Games in Captivate.

- In this course we'll be using Captivate 9 to build an eLearning piece surrounding H+ SPORT, a fictional company that produces supplements, mineral water, and apparel for athletes and active individuals. The piece we'll be building is a training for new sales reps. It teaches the topics of company history and structure as well as familiarization with the product line. So the project is called The Quest for Eyia. Eyia means health. The project is set up as an interactive, gamelike adventure story that teaches the information about H+ SPORT along the way.

The final project is broken into two pieces, part one and part two. When part one is done, it calls in part two. So I'm not going to show you both parts in their entirety. We're going to look kind of through part one here and the rest you will definitely see as we go through the rest of the course or you can look at it yourself if you want. So to take a look at the final published project. I'm going to go into the exercise files and open up HSPORT part one, in that sub-folder find multiscreen.html and go ahead and open that up in Google Chrome.

(upbeat music) Now we jump in using one important element of gamification and indeed an element of good design in general and that's to establish the goals, the objectives, the rules and the tools. You know when you play a game what you are trying to achieve, what rules you have to follow and what things you can use along the way to help you. So we'll start off with the story.

You've been hired for an exploration adventure for H+ SPORT. Your goal is to acquire a specific new secret ingredient, it is the Eyia seed. Legend say's it's the key to good health and longevity, it provides energy, omega-3's, natural fiber and protein. The fruit would be great to put into the H+ SPORT products but also the plant can be made into a really wonderful material, that would be great for the H+ clothing line. So we really want to get some of these seeds.

Now these seeds and the Eyia plant has been cultivated on a small scale by the inhabitants of the jungle area where it grows. So the elders of these groups have agreed to provide some plants and seeds for testing in the H+ product line but you need more plants than what's available in the village that you're in. Well there's more stored at the end of each growing season in a special structure and you've been given permission to go get more of the seeds, provided you can make your way there yourself. Of course, the path is treacherous.

So we continue on and you know all of these slides I think would benefit from audio. I made the conscious choice to not use audio because they can blow up your project size. We're not going to spend any of our time doing audio stuff. We're going to be doing development stuff. So I made the conscious choice to just leave audio out for these introduction slides. So part of the job is to recommend how the plant can be incorporated into the existing H+ products. So to do this, you have this little field book that you will open up along your way and it will teach you about the H+ product line and that's what you'll be quizzed on along the way as you're trying to get the Eyia seed.

So we'll go on. So you don't go it alone, here's some rules and tools. We have a satellite phone, you can use it to call your buddy Phi Tang and he's the Director of Product Development for H+ and he's back in Seattle. He knows everything about all the H+ products. So if you get stuck on a question you can call him. The problem is your phone is running low on charge and you only have enough battery for two calls. So when the phone is available for use, it will automatically appear on the screen and so that's the end of the introduction and now we begin the quest.

So we start off again on a slide that would benefit from audio. Stumbling through a faint path through the jungle and you stumble on for hours. Now you were told you'd have to through several gateways. You're looking for a gateway, all you see is trees. Suddenly, you run up against a wall of impentrable foilage. So you walk along the wall until you get to the first interaction. So you see this mysterious door and you think this has got to be it but then the scorpions come. So you have to squash these scorpions one by one to get through.

So this is where the first lesson is. So you're going to learn some material and then answer three out of three questions about the lesson. If you do that, you squash the scorpions and you get through. If you don't, you have to try again and those scorpions are going to get closer. So we're going to click continue and here is where we starting learning the information about H+ SPORT and we continue on and there's more about the about the philosophy, the history, we have some information about the guarantee, the manufacturing practices, the philanthropy, so on and so forth and you really do have to read all of this because you never know what's going to show up in the questions.

So we also have an introduction to the Executive Team, here's Phi, here's Maria, here's Angela and so we continue on. So now we're at our bank of three questions. So what's actually going on with this, there's these questions are generated randomly but we'll see more about that later on in the course. So I'm going to answer these questions correctly or not, I'll answer them incorrectly and actually that's fine because we'll see what happens if we answer them incorrectly. We end up at this screen that says hey you got two out of three correct, you have to get three correct, try again.

So we could use some big scorpions here as they get closer. I'm going to answer false to this question and get it right. Here we go this answer is true and this answer is two. Alright, so we've answered the questions correctly, let's quick get past the scorpions by clicking on the door. Now we get this message because we're just viewing this locally on our computer here. So I'm going to click yes and what happens here is where part one loads in part two.

So that's where we are going to stop with the story and let's do a little tech talk here. The project is broken into the two parts because both parts have scored quiz questions in them that need to be scored separately and we'll be doing different stuff with that in Captivate. So as you're probably aware, if you've been working in Captivate before, you can't have two separate scored quizzes in a single Captivate project. You can make it look like there's two different quizzes or maybe there's just a bunch of questions scattered throughout a project at different times but Captivate thinks of all those questions as one big quiz.

Now you might be thinking, you can create two separate quizzes in Captivate if one is a pretest and that's true. Pretests are, undoubtedly, useful. However, a pretest was not the right tool for this project. So we have two separate projects, they both have a scored quiz. One calls the other, so the flow isn't broken here as reviewing it. Now if we wanted to send this project up to an LMS because we wanted to track how our users were doing, it would probably be structured differently. Instead of going through the door and calling in part two, probably part one would just close and then part two would open separately or maybe just restructure the whole project.

The point is that we're here to look at some techniques to implement ideas of gamification right within Captivate so let's get started. 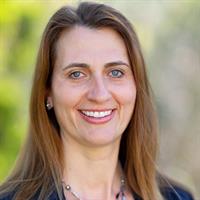 11/16/2015
The idea of "gamification" in elearning is exciting, but how do you implement gamification principles into actual courses? Adobe Captivate can help you implement game-like features that can make the learning experience feel like a real adventure.

Here Anastasia introduces gamification principles such as escape, time limits, and the element of chance, and shows how to build activities using each principle in Adobe Captivate. She'll use features that come with Captivate straight out of the box, including variables, advanced actions, and JavaScript integration. The finished activities can be taken away and used individually, but as a whole create a larger comprehensive project. Either way, Captivate developers will end up with working examples they can use to make their projects more dynamic and engaging.
Topics include: