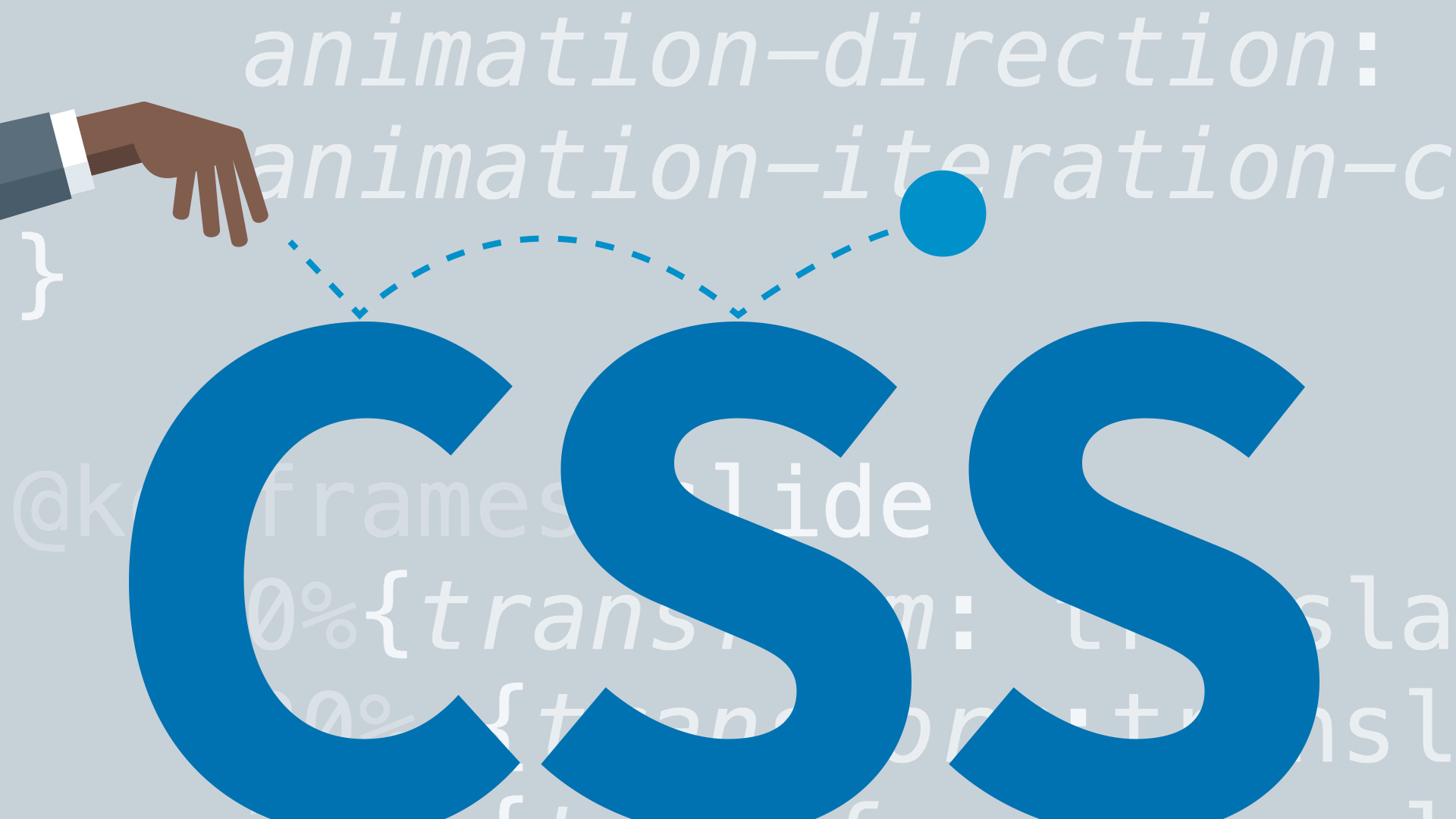 - In this chapter, we've been working with…basic transforms and transitions.…For a nice follow-up challenge,…let's add an additional transition…to the button we were just working on…in the last video.…You can use the files you've already…been working on, or the starter files…I provided for this tutorial.…The objectives for this challenge are…to add a third transitioning property…to our button to change the effect,…and to adjust the duration and delays…of the transitions to make the effect look different…than it does now.…This is a nice short challenge,…and you should spend about five minutes or so…adjusting your transition.…

Then, when you're done, watch the solution video…to see what I made.…

1/22/2016
CSS animation offers a whole new way to bring motion to interactive projects. It's a core skill for web designers and developers and a feature users have come to expect from modern websites. This course presents a series of basic CSS animation projects: site features such as rollover buttons, 3D transforms, animated graphics and logos, load screens, and more.

Web designer Val Head introduces CSS transforms and transitions—the foundation of most CSS animations—and shows how to keyframe simple animations and adjust their timing, fill, and direction. She also covers looping and chaining animations, animating HTML and SVG elements, and optimizing animation performance, and introduces the best tools and use cases for CSS animation. Start watching to get your brand in motion.
Topics include: