What makes up a 3D material? 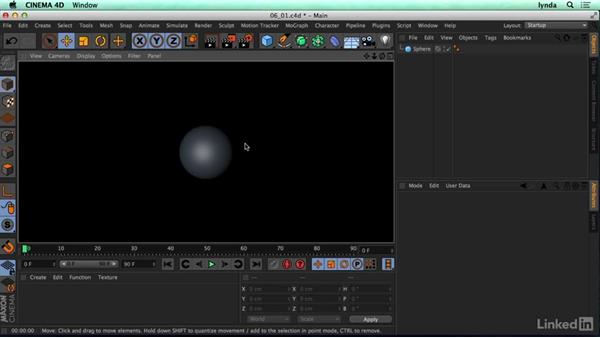 - Before we can jump in to discussing the cool stuff we can create with materials in Cinema 4D. Why don't we first discuss what an actual 3D material is. When you create an object inside of a 3D package, it's typically created with a default gray matte surface material. If it was loaded without a material at all, there would be nothing to see at render time. So let's create a sphere so you can see what we are talking about. There we go. If I go ahead and press cmd + r and render. You can see that our sphere renders with a flat gray color.

Now there are a few ways that you can think about materials that may help you. My favorite is a gift box and wrapping paper. So let's say you were going to give someone a present and it was shipped to you in a boring, gray cardboard package, kind of like the one you see here. You know, most of us would wrap the box before giving it, right? Well if you took that gift box and let's say brought it into a 3D program, like Cinema 4D. Without the wrapping paper, the computer wouldn't even be able to see it. It needs to be quote "wrapped" in order for the computer to create the image you see when you press the render button.

So, a camera in a 3D application shoots rays into the scene. So, even though we don't have a camera in the scene, we're still using the Cinema 4D's default perspective camera So it shoots the rays from the camera into the scene and if it sees something or comes in contact with something, it's going to yell back to the render engine, "Hey, render this" and that pixel is created at the render time. Now we can get all fancy with the wrapping paper, you know if it's shiny or if it's matte, if it's green, if it's blue. We could wrap a ribbon around it and that could be a different color.

The point is without the wrapping paper or in 3D terms, without the material, the item is not going to be seen. So, boiling it down to just the simple terms, you can think of the material as answering two questions. What color is this? And is it dull or shiny? Once the material on the object comes in contact with light sources in scene, in this case the Cinema 4D default light. The diffuse and the specular components of the material are added up and they tell the render what to calculate.

Thus creating the 2D image we see at render time. So, hopefully that gives a brief explanation of what a 3D material is. In the next movie, we'll look at how Cinema 4D handles materials. 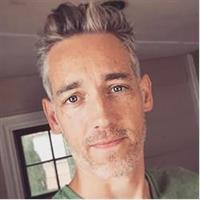 2/17/2016
Learn CINEMA 4D R17. From polygonal and spline modeling to lighting, rendering, and shading, this series of CINEMA 4D tutorials will get you up to speed quickly so that you can make great looking 3D graphics and animations with ease.

CINEMA 4D (aka C4D) is a vital tool for anyone considering a career in motion graphics, visual effects, or animation. Whether you're just starting out or migrating to C4D from another program, CINEMA 4D R17 Essential Training has you covered. Craig Whitaker explores some of the new features in R17—the version released in August 2015—and segues into a quick-start chapter that reviews the entire CINEMA 4D workflow in just eight steps. The rest of the course divides CINEMA 4D's core functionality into individual chapters on spline modeling, polygonal modeling, deformers, materials and shaders, lighting, the MoGraph toolbox, animation, and rendering. Craig also shows how to composite your C4D work with live-action footage and other effects in After Effects, using the AEC or CINEWARE workflow. By the end of the course, you should be comfortable working with all of C4D's powerful tools.
Topics include:

Video: What makes up a 3D material?