Modeling and texturing a flag 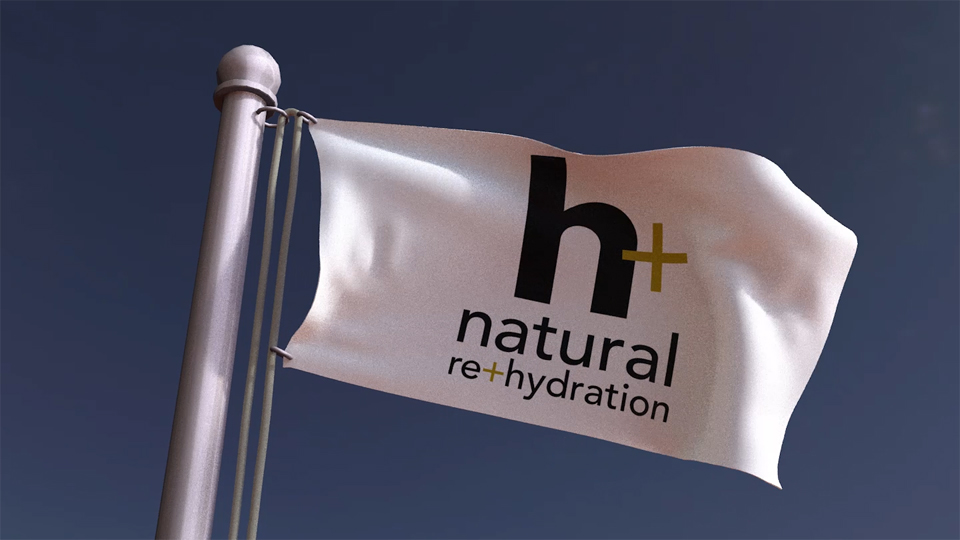 - Okay, here we're going to see how to set up a simple flag with enough geometry for deformation. We'll also create a texture template, so we can easily change out our flag images. As we discussed in previous chapters, it's important to create the shape of your flag with enough geometry to allow for good deformations to happen in the cloth. I'm going to create a new flag object. We're going to use a plane for this. And the orientation, I'm going to set to -Z. This blue arrow away from us is positive Z. The blue arrow facing towards us is -Z.

So with that flag facing towards us, I'm going to alter the width to become 1920 by 1080. And that's partially arbitrary. I mean, it can be any shape you want, but I figure in this case, we're going to be using static textures to use as our flag image, but if later on down the line we decide to use HD footage or animations, we can easily repopulate that, and it will fit accordingly. So with my plane selected, I'm going to go over here to Display and Gouraud Shading Lines. That will let us see the geometry itself.

You'll notice that it's rectangular in nature. I generally like to keep this as square as possible, so I'm going to up the width segments to 35, and that will get us some more square polygons inside of our flag. Let's go ahead and rename this Flag. And we'll also make this editable by hitting this icon here. Last thing we want to do is just kind of get a sense of the scale of this thing, how big is this really in our scene. So we're going to come here to Figure and drop that guy in.

He is roughly 183 centimeters in height, and that's a good size six foot average person, so this flag in comparison to this is pretty big, so I'm going to select my flag and my scale tool, and I'm going to click over here, and in the Y and X axis, I'm going to scale this down. With my move tool, I'll just bring this reference over a little bit further. Okay, that's a pretty decent size flag, I suppose.

We can get rid of the figure. And now with my flag selected, I'll just come back to Gouraud Shading. Okay, let's talk about how to add some texture into this. I'm going to hop into Photoshop, and I've got a flag texture prepared, and it's got our logo on here with a white background, and it's sized up as 1920 by 1080. So let's load this up inside CINEMA. Here in the Material Manager, in this blank space, I'm going to double-click, and it creates a brand new material, which we'll rename Flag Texture.

And in the Color channel, we want to add a new texture. And this ellipses or this blank space, either one, will get you there. Just tap on that, and we're going to select FlagTexture.psd. And all we need to do now is just drag that texture, or the material, onto the flag, and there you go. If you don't see this texture show up, make sure that under Options you've got your Textures enabled, otherwise, you'll have the new tag on there with nothing showing.

We'll just re-enable Textures there. And as a matter of preference for me, see how it's a little cloudy, I like to take my material, and under the Basic tab, just disable reflectance for right now. That'll allow us to see the actual image without any cloudiness. And because it's a little low-res in nature, I also like to come over here to Editor and change up the texture preview size from default to 1024 by 1024. So that sharpens that up a little bit, and now we can move forward. So we've got our color texture on here, and this shape of the flag is rectangular.

There's one other thing that we can do to really get some mileage out of this flag via textures, and that's with different shapes. So I'm going to switch over to Photoshop and open up this reference here that I have, flag shapes. And if you look closely, there's different kinds of shapes for all kinds of different flags: this triangular shape, this fanion shape, this double-pointed one, a square flag, double pennant. So right now, our geometry is set up for a rectangular flag. You might think that we might have to model these guys, so that the geometry actually forms up in the shape of a triangle, but that's not necessarily the case.

We can actually use a texture inside Photoshop to get these shapes using the alpha channel. So I've already made a fanion shape texture. I'm going to open that up. And here inside, I've got fanion.psd. So essentially, it's just a black and white image, and it's in the shape of that little triangle. So we can use this black and white image to knock out portions of our texture and alter the rectangle shape of our flag to a triangle shape. So let's see how we can do that inside CINEMA.

So in my flag texture, this material here, I'm going to come over to the Basic tab and enable alpha. Now with this Alpha tab enabled, I'm going to point to that texture of the fanion. So again, I'll click on any one of those and point to fanion.psd. And instantaneously, you'll see that the alpha channel is already cutting out the material from the color channel. And so with this Basic tab right here, we can turn on and off the different shape that we want.

In fact, this alpha channel here, we can actually have another image here. We can do flag rips if we wanted to. So it's inverted right here. We can just invert that black and white image. And now we have somewhat of a flag rip. So just by changing out the texture inside here of the alpha channel, you can create any kind of a shape based off of this geometry. Now note, we're not actually changing the geometry itself. We'll come back over here to Display and Gouraud Shading, and you'll see that there are polygons there.

It's just that now with that alpha channel labeled, you can see right through it. So when we render, you'll see that it's black in that area. But if we put in, say, a sky in the background, just so that we have something in the background there, you'll see that the flag does cut through and reveals the background. So as we saw here, we're able to use Photoshop alpha channels to cut out certain portions of our texture to create different shapes. And now that we have a template set up, any texture that we want to swap out for our flag, we can easily do inside Photoshop.

Cloth Simulations for Motion Graphics in CINEMA 4D is a project-based learning experience that follows three projects from start to finish: an animated flag blowing in the wind, opening and closing theater curtains, and a cloth-on-object logo reveal. Each project is rich with lessons that artists can adapt and apply to any cloth animation. Author Alan Demafiles will help viewers use the C4D Cloth tag and colliders, attach cloth to other geometry in a scene, loop simulations, correct imperfections with the morph deformer, and apply logos and other patterns to fabric. Start watching to incorporate cloth simulations into your mograph skillset.
Topics include:

Video: Modeling and texturing a flag