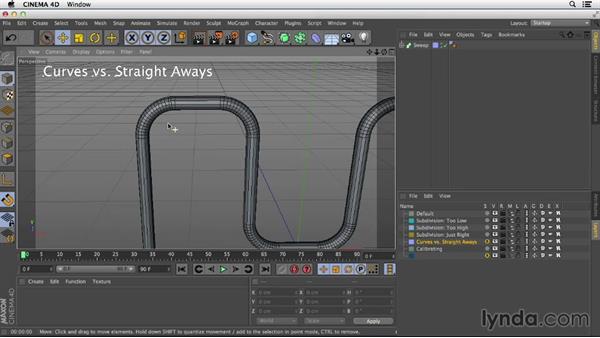 Building your 3D models at the appropriate level of detail will ensure that they will hold up under visual scrutiny. While still rendering in a reasonable amount of time. What are we looking at? Frankly, if this is all that I had seen, and I hadn't put this file together myself, I would have no idea. Even now with all the knowledge that I have, I have just the vaguest sense of which of these parts represents the whole. Here's this same image, rendered at a higher resolution. In fact, perhaps a little too high. Here it is at about 100% zoom.

We can now make out that we're looking at that stereo viewer that we've seen before. But we couldn't really make that out when we had insufficient resolution. The same thing that's true for images is also true for 3D models. Here we have the eyepiece from our stereo viewer. It's just been separated out. And I've adjusted some of the resolution. And we're going to toggle through these different settings with the layers palette here. Looking at my model right now, I see that it has insufficient resolution. Which is to say, there are not enough polygons here to define the form.

So, when I render this, what should be smooth curves, look a lot like hard, polygonal lines. And that's just the nature of working in 3D. For the most part, you're going to make your objects using a series of polygons. And that's the primary trick of computer graphics. Is that we're taking all of these really complex organic forms, and then we're just reducing them down to very simple triangles and quadrangles. So in order to get those triangles to have the appearance of a perfectly smooth object, we need a lot of them.

Here's the same object with a higher resolution. There are so many lines for our polygons, that at this distance the object looks almost totally black. When I render it, it does look very smooth which is nice However, it has an excess of information. We don't really need all of these polygons. Our goal is to have as few as possible while having everything still look round. Here, is another example with what I'm going to call just right. Or sort of the Goldilocks style of mesh resolution.

You have just enough to make your curves seem soft. But not so much that you're bogging down your machine with excess detail. So how do you set up your divisions, and what are the sort of guidelines for that? Well, there are some general principles. Which is that, for example, curves need more divisions than straightaways. You really only need the two lines between these two curves to define that whole straight segment. Whereas you need a bunch of segments along this rounded corner, in order to create the appearance of a rounded pipe.

The other thing that you need to take into account is how close the camera is going to get to your subject. Or how much of the final frame your object is going to take up. If it's a background object, it can have a low resolution. But if you get really tight on it, you're going to need more divisions. In those situations, I like to calibrate my objects. Here's a simple Taurus primitive. And it's going to be a good case for us to adjust our settings. The first thing that you should do is adjust your render settings. What is your final output resolution? I'm rendering to 720p, but if you're working on a huge film production that's working at 4k, the expectations for your object's going to be a little bit different.

If however, I'm rendering at a little 320 by 240 web video. I don't really need that much detail. But let's just stick with 720p for now. And the next thing you need to do is figure out how big your object is going to be in your frame. What's the closest it's ever going to get to camera? Are you going to be right up in the middle of the object? Or are you going to be really far away? At a sufficient distance, you don't need to increase the resolution of your object for it to look sufficiently smooth. Let's just say that our taurus is going to fill up our entire view.

So I'm selecting my taurus and I'm going to go to view frame default. And we get something that looks like this. Now, let's do a quick render at our full test resolution. I see that I need more division, so I go back to my object I take my taurus and I adjust the number of ring segments. My goal is to get this to look smooth. And I'm adjusting this value until it's just smooth enough. That looks pretty good. The other thing is, what angle are you going to look at your object? From this angle we don't really have to worry. But if we're looking at it from this angle, we're going to notice that hexagonal structure for our pipe.

And if this is the angle our camera is going to see we have to increase the number of pipe segments. I'd say that this is a pretty good resolution. If you're really concerned about your polygon budget, go up or down a few segments at a time in order to get that perfect amount of subdivision. Where your object has gone from looking polygonal to just now looking round. Anything more is unnecessary, and it's going to slow down your renders. One of your goals when modeling should be to create the highest quality model you'll likely need for your production. While keeping the total polygon count as low as possible. 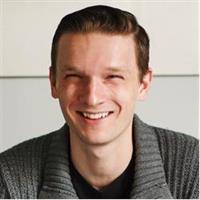 2/13/2014
The primitive and spline modeling tools are universal across all levels of CINEMA 4D (including C4D Lite) and they're some of the best ways to model mechanical objects and other complex objects made of simpler parts. In this course, Donovan Keith shows you how to take a reference photograph and create a model from its shapes and pieces. You'll learn to prep your primitive components and move them into position with the snapping tools. Then you'll deform and combine shapes, duplicating and reusing elements to increase your efficiency, and create a more consistent model. Last, you'll work with splines—extruding objects to give them depth, creating models around an axis with lathes, and stretching surfaces over splines with lofts.
Topics include: