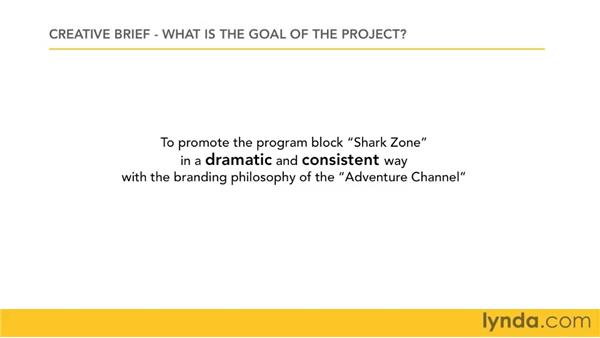 The promo production process usually starts with an idea and that idea has to be based on a set of ground rules, and those ground rules come from something called a creative brief. A creative brief is a document that usually is generated by either the corporate branding department, or an outside agency that works as the agency of record for their client. It comes in either a verbal description. They may tell you exactly what it is that the creative direction is for the entire company. Sometimes it can be very sophisticated in the form of PowerPoint presentation.

The graphics and programming are intended to appeal to a male audience, but that male audience is really oriented between the ages of 18 and 34. They always like to travel to exotic locations on the Adventure Channel. Fiji, Bora Bora, the Great Barrier Reef, any place that's outside and exciting. The style of the programming and the style of the promotions on the network are very intense and are visually oriented. Very stimulating for the eyes, lots of eye candy. The type of cutting and the type of graphics they use are very dramatic, created with quick cuts and edgy design.