In the Shop: Manufacturing 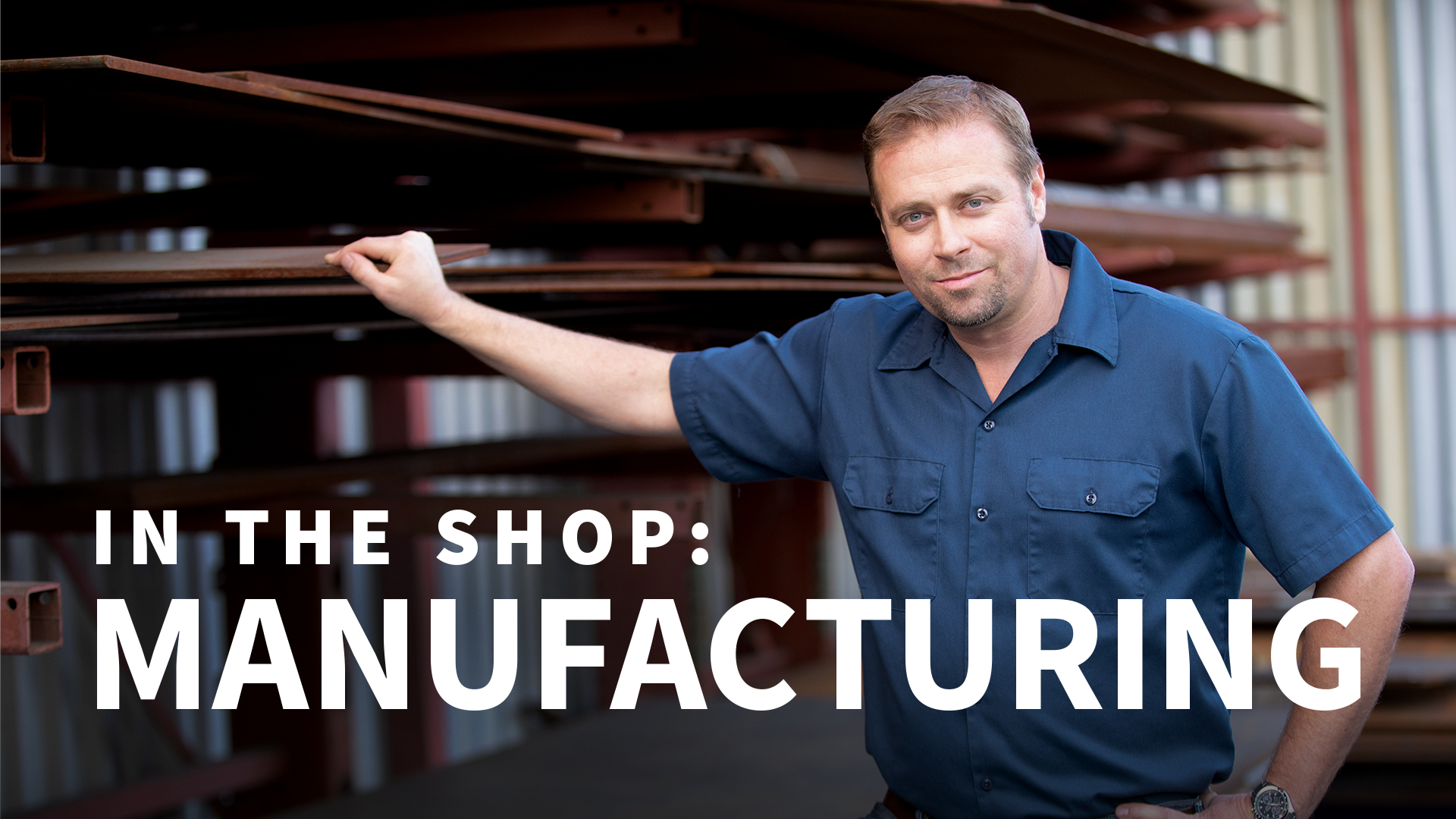 5/28/2019
Product manufacturing demands a wide and varied skill set that depends on the type of product being made and the processes chosen to manufacture it. In this course, manufacturing expert Gabriel Corbett shows how these skills are applied and speaks with folks on the front line of the industry. Peek into the CNC processes used in a high-end tactical equipment manufacturer, Surefire. Learn about tools such as sheet lasers, plasma lasers, and plate saws at Industrial Metal Supply Co. Plus, get a practical look at how to reverse engineer products, design new parts, and more during a visit to Carli Suspension.
Topics include:

(drum and guitar riff) - I'm here at Carli Suspension today, and we're going to be taking a look at some of the different processes you see in the manufacturing and shop floor here, and what actually goes into building those parts. So right over here you can see we've got a part that's been laser-cut and formed. Now, Carli Suspension doesn't actually have a laser cutter or a forming machine, so they're buying this part from outside, and then bringing it in and welding it together. Now, behind me here, are a bunch of milling tools and a milling machine over here. This is a basic, three-axis milling machine, and you can tell a milling machine is a milling machine and not a turning machine or something else, by the way the table moves. So this table moves right to left, forward and backward, and the tool comes up and down. That's a milling process. Anytime you see a turning process, it's going to be something that's going to be rotating. So, you might use milling on something that looks like this. So this part here, you see, it might've been turned first to make it round. But then you're going to come in here and you're going to drill holes, you're going to face things off, you might come in here and do a pocket in the bottom of the part. So those are all milling operations on this part, but generally it'd start like this, first, as a turn part to making it round from bar stock. Let's go ahead and take a look at some more tools down here. This, an example, again, of a big slitting saw. It's a milling tool, so that's going to be slicing that part in half, so when this thing gets done, it's going to cut right through it, and cut these two pieces in half. Let's come down here, and take a look at a turning machine. So over here, anything that's a turning process is going to start from a round bar, a bar stock like this, and we're going to be getting parts that look like this. So something like this, it's a nice, turned part, and that came directly out of that bar. So, it's a round part, a turning process. And then that part then gets turned into, or built up with something like this, which you'll see out in the shop, which they're going to take this, they're going to weld it to something else to build some suspension components. Right behind me you can see here is a turning machine, and we've got here a bunch of different turning tools. You've got a sub-spindle here, as well, and those parts coming directly out of this machine. This is a spindle here, and that's rotating around, and these other parts coming here, and you drilling, you do the OD turning, and ID turning, okay? And then come down here. The last machine we're going to be looking at here is what's called a mill turn machine. So it's going to be turning, but it also has live tools that can do a milling process. So, looking at this component right here, there's the part we just saw, that's a milled part. It was turned on a separate machine. This machine behind me can do both of these processes, so it's going to turn this part, but you see this little hex on the outside here, that's actually a milling process. So there's actually a milling head that goes in there, and machines off each one of those flats as it's being manufactured. Let's go ahead and spin around here, you can see in there, this is actually be cutting, and it's going to transfer the sub-spindle, and you're going to have all the different processes that are going to happen inside of this machine. So that's the basics for milling, turning, and some of the laser cutting processes you're going to see throughout the shop. (drum and guitar riff)