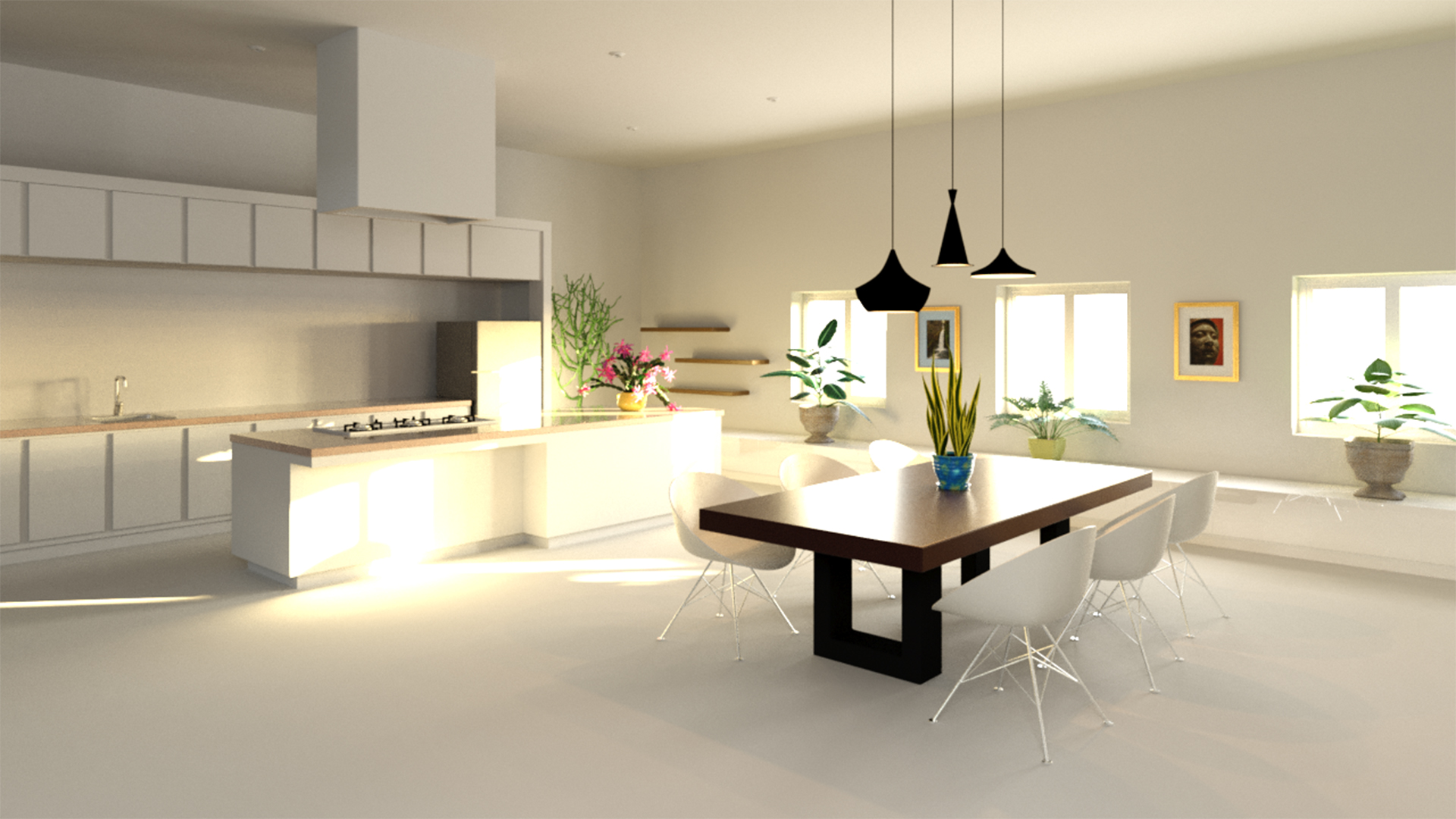 - [Instructor] In this chapter we'll look at sub object polygon editing. Just going a little bit deeper into the polygon techniques. The first one I wanna share with you, is called sub-object transform constraints. We can move a sub-object like a vertex, in the space of another sub-object like an edge. And our staircase is a good example for that. If I get in close here down near the bottom, what I've got currently are just these procedural boxes, just primitives.

And, the way it's set up right now the side of the staircase will go all the way down to the floor. And there's a little bit of space here where people could trip. And what I want to do is just chop this off, so that the side of the staircase just ends right here. I could do that in several different ways. For example, I could use the quick slice tool and, chop through to create new edges and then delete the excess polygons on the end. But then I'd be left with a big hole and I'd have to fill that hole.

An easier way for me to do this would be just to take the points on the ends here, and slide them along this edge until we have a parallel surface there. Okay this needs to be and editable poly in order to take advantage of sub-object transform constraints. Currently these are boxes. In fact they are an instanced box they're both the same box. I need to convert one of them to an editable poly. Select and right click, choose convert to, convert to editable poly.

The other one here used to be an instance but as soon as I converted to editable poly they're no longer instances. I'll need to re-create that instance later. I'll select that back one and delete it. Select this forward one and we wanna open up the modeling ribbon if it's not visible. We've got it hidden so I'll toggle that ribbon visibility back on again. And then go in to vertex sub-object mode cause I wanna move these vertices. And when I did that on my system, a lot of the tools got hidden because these panels wouldn't all fit on my screen at once.

I can hide a panel or two to make more space, just right click an empty spot of the ribbon, and go to show panels and I'll just hide the align panel since I'm not using it. Once I did that now the edit panel is wide enough so that we can see all the tools. I'll select those vertices both of them there, and then we got our constraints here. I wanna constrain to edges. And that's the little cube with outlined red edges. Activate that and then grab the move tool, and we can move in this case x and z by clicking on the bracket and we're able to slide that up and down while keeping the edge in place, very cool.

Alright so of course if I drag down the bottom I'm going to be constraining to the other edge and I wanna constrain to this top edge here. And I wanna make sure that I don't go to far. Because if I go to far I can't actually get back. Okay this is a kind of a weird dependency. If I go out to here and then release, I can't actually constrain to an extrapolated edge. In other words, there's and edge that has a certain direction here. But I can't constrain to something that doesn't exist, so be careful about that I'll undo that with control z and in order to see this more clearly let's go to the front view port, alt w.

Getting close up here, I can precisely position that where I need it. And just set it so that edge there is vertical and we're done with that one. Let's do the top as well. Go up here and let's take these vertices and we want to slide them along this edge. Let's check this in the perspective view while we do it just to make sure we're doing what we think we're doing. Go back to front view port, right click to activate it, and then drag these down. Boom. Done.

Sub-object transforms really, really good. When we constrain those transforms we have a lot more control. Alright so that's that we can exit out of sub-object mode we just want to make a duplicate or clone of this new editable poly object. And select it, and we can go ahead and move it. Grab the move tool hold down the shift key, drag that over and roughly position it. Make it an instance, click okay, and then go into the top view and position it precisely.

In fact we can just type in the value here, it's going to be two feet and two inches. Alright that's how to use sub-object transform constraints in order to slide components or sub-objects in a space of other sub-objects.