What is a template? 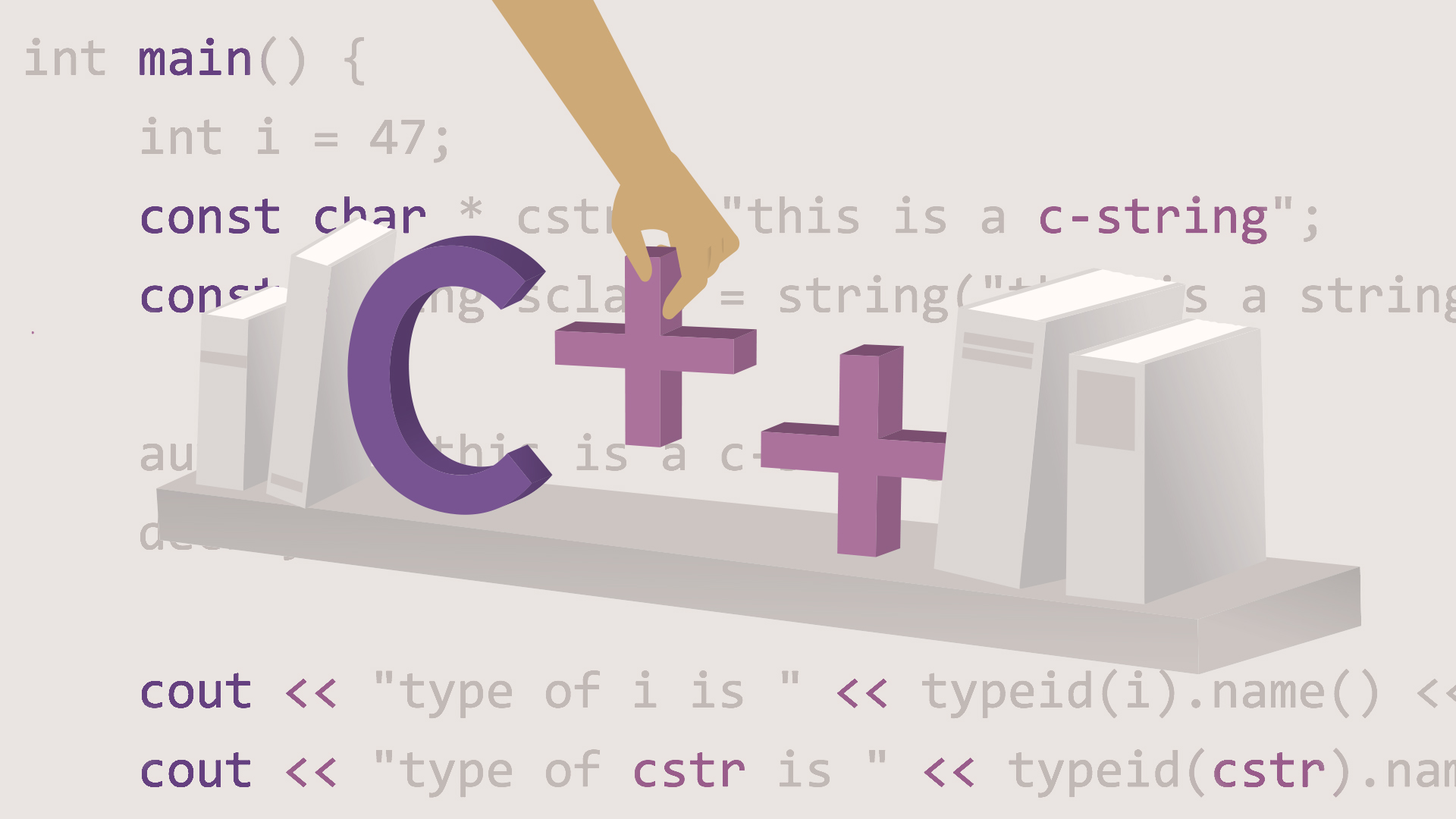 Learn about the template, a compiler abstraction that allows you to write generic code that applies to different types and classes.

- [Instructor] In order to fully understand the Standard Template Library, you must first understand templates. For a brief introduction to templates, please see the companion course C++ Essential Training. This chapter will give you a more detailed understanding. Here I have a working copy of template-function.cpp from Chapter One of the exercise files. A template is essentially a compiler abstraction that allows you to write generic code that applies to various types or classes without concern for the details of the type.

And so we have two arguments, a and b, and they're both of type constant T. If a is greater than b, we will return a, and if not then we will return b. And so here we've declared two integers, and our template, we're giving it the type int, inside the template parameters. And we pass it this a and b which are integers, and we get the result of nine. So when the compiler encounters this template, it says okay and it stores it away, and when it encounters the implementation here, where we call it, it says okay I need a specialization with int in place of T.

And then it will create a function called int maxof, const, int, a, const, int, b. Like that. And now if we comment this out, obviously. Oh, need to take out this template parameter there. And we build and run, we see it works exactly as expected.

And now obviously instead of the seven, I type seven. And instead of the nine, I type nine in quotes. Now when I build and run, you notice we get the result nine. Well alphabetically seven is greater than nine, And so really what we would expect here is a seven, not a nine. What's happened is our template specialization is built for the constant character pointer and it's comparing the pointers. It's not comparing what's pointed at.

It's not comparing the strings. And if we think about it, that's really what we would expect. So instead if we say string, and you notice I have the string header already included up here, and string here and in our template parameter, we put string. Now we're going to get an alphabetical comparison. Oops, I left that pointer in. Now we build and run. We get seven, which in alphabetical comparison, seven is greater than nine.

And so a specialization was built for each of these when it was compiled. In this case the specialization of string, well the string type it knows about the comparison operators. And it's going to compare them based on the strings. The pointer type will use the comparison operator and compare the pointers, which is what we got and maybe what we should've expected, but might not have been what we initially expected. So to recap, a template is a compiler abstraction. We'll get into details throughout this chapter.

But the compiler creates a specialization for each type, or each combination of types passed to the template. This is important understand as we move on to the details in the rest of this chapter.

12/20/2018
C++ templates support generic programming, code that works independent of type. The C++ Standard Template Library (STL) is one of the most complete and powerful container libraries available. Having a solid grasp of both C++ templates and the STL is essential for programmers looking to attain competency in C++. In this course, the second in a series focused on C++ essentials, instructor Bill Weinman dives into both of these fundamental topics. To begin, he covers templates, discussing template syntax, template functions and classes, and argument deduction. He then builds on that knowledge to discuss STL containers, iterators, transformations, functions, and algorithms.
Topics include:

Video: What is a template?