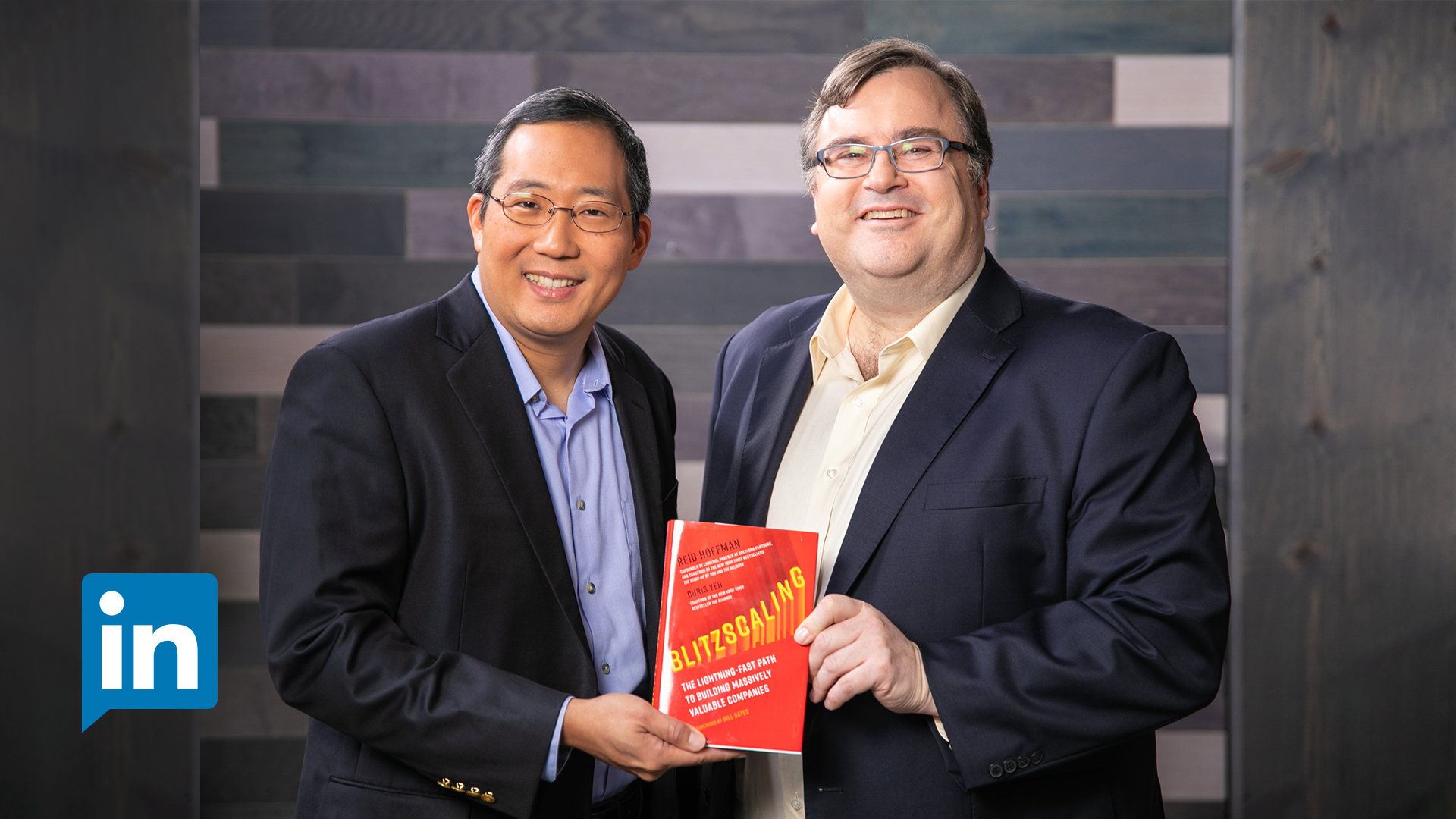 2/21/2019
Blitzscaling is a growth strategy that prioritizes speed over efficiency in the face of uncertainty. Those bold enough to adopt it must break free from the confines of business school logic to take uncalculated risks that could just as easily lead to abject failure as rapid-fire growth. In this course, LinkedIn founder Reid Hoffman and entrepreneur Chris Yeh break down when and how entrepreneurs and other business leaders should leverage this tactic to get ahead. Reid and Chris—who literally wrote the book on this topic in 2018's Blitzscaling— explain how, despite the potential pitfalls, blitzscaling practices are often the key to scaling massive companies. They share examples of successful blitzscaling, explain how to blitzscale within a larger organization, and more.

- So one of the things we realized is that Silicon Valley is a super-interesting place. You got this maximum four million people, half of the NASDAQ. Why is that? And the story that people usually tell is the startup story. They're like, talented entrepreneurs move here, there's venture capitalists, tech universities, tech companies, and enough shots on goal, some of these big companies emerge. And what wasn't as clear was that actually in fact, we've been learning this playbook, this set of rules, these strategies, these heuristics, these principles about how to scale really fast.

- And what we discovered when we started figuring out, okay, what goes into this playbook and where does it apply, does blitz scaling actually happens in other parts of the world, in other industries? And we just happened to have this phenomenal example here in Silicon Valley. - Because the key thing is how do you really get speed? Because sometimes capturing that global market, when you're the first there, that's the entire game. - So the definition of blitz scaling is the pursuit of rapid growth by prioritizing speed over efficiency in an environment of uncertainty.

The reason you do this is you want to become the first company to achieve critical scale and build enduring market leadership. - All industries are being transformed by technology, and in specific, usually software technology. Blitz scaling is the pattern by which software technologies essentially, help create the future at speed. And the reason why it matters is, we think more and more of the world as it becomes more and more connected, more and more global competition, is what we call Glengarry Glenn Ross markets, first prize Cadillac, second prize, steak knives, third prize, you're fired.