The two truths of influence 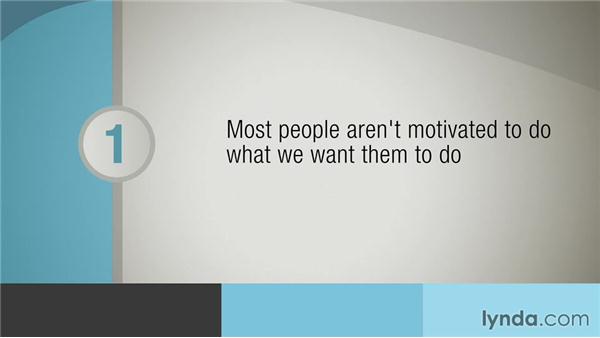 Join John Ullmen for an in-depth discussion in this video The two truths of influence, part of Influencing Others.

It's a paradox.…Sometimes, the more we prepare, the more we care,…the more we're convinced we're right, the more we're…in danger of getting influence wrong.…Why?…Well, let's be honest.…We're not always 100% right.…But even when we are right about what's best for them to…do, we can be way wrong about their willingness to do it.…Influence is not the art and science of being right.…It's the art and science of being effective.…To stay on track, let's always remember what I call the two truths of influence.…

The first one's a tough truth but the second one is an empowering one.…Here's the first, most people aren't motivated to do what we want them to do.…They don't feel our urgency.…They are busy with their own priorities and crisis.…Or they have their own reasons, often hidden reasons for ignoring our ideas.…Our urgency and good intentions aren't necessarily theirs.…Our irritation at failing to get through isn't their desire…to do what we want. Our frustration isn't their motivation.…So, our passion to persuade often exceeds our capacity to…

4/21/2014
Ever had trouble persuading someone to do something, even if it was in their best interest? Sometimes people don't budge, but thankfully you have more than rewards and penalties at your disposal. Join John Ullmen, PhD, as he explains how to influence others when you're at the "pivot point of influence," by applying 18 scientifically confirmed methods. Whether you're influencing at work or at home, you can learn what the best influencers do before they influence, and see how to choose the best steps for your situation, and have people want to be influenced by you.
Topics include:

Video: The two truths of influence