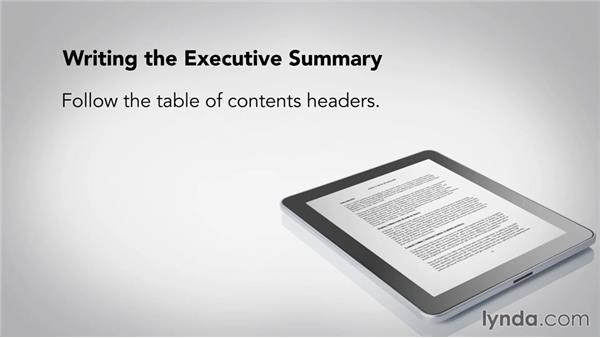 - The Executive Summary is one of the most frequently-read parts of the report. It may even be the first part read, and the only part read. It's also the best test of the report writer's ability to write concisely and completely. Even though it is the last section to be written, it is in the prefatory, the beginning pages. So, what is it and why is it so important? It is an independent, condensed version of the entire report. Generally, it's about five to 10 percent of the complete report.

That helps explain why it's one of the most frequently-read report parts. Most readers would rather read a condensed version of the analysis than have to read the longer version that includes transitions and examples. The Executive Summary needs to make sense without the reader having to read the entire report. It's similar to an abstract, but has more depth, so it will be longer. Business readers are busy. Think about it this way. If someone handed you a 50-page report to read, and you knew you could read the two- to five-page Executive Summary and get all the most relevant information about the report's purpose and findings, or read all 50 pages, which would you choose? One of the best ways to write the Executive Summary is to follow the table of contents headings.

That final outline, which later became the descriptive headings for the table of contents and the internal report headings. It was the outline that was prepared before the report was written and guided the writer during the actual writing process. If all has gone well, the arrangement and organization of the report should be the same, from the original final descriptive outline to the report's body sections, and now, to the Executive Summary. Think about the recommendations and the key support your reader would want to know, and need to know, about your recommended policy or action.

Then, concisely provide that specific information. Be certain to combine those key ideas, rather than simply copy complete sentences from the report. The Executive Summary should also use internal headings and might use graphics and bulleted lists to help guide the reader through the key information. Because it is part of the formal report, it should use the same formal tone. If any technical terms have to be used, briefly define them for possible secondary audiences. 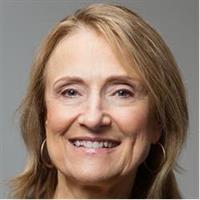 11/11/2014
Learn how to write a well-constructed business report. In this course, author and senior Kelley School of Business lecturer Judy Steiner-Williams outlines the different types of business reports and then provides guidance on how to write your own from cover letter to concluding sentence. Follow Judy as she researches her topic, crafts her opening, builds an executive summary, drafts copy, and adds illustrations and appendices. After watching this course, you'll have a better idea how to draft a report that meets your organization's needs.
Topics include: