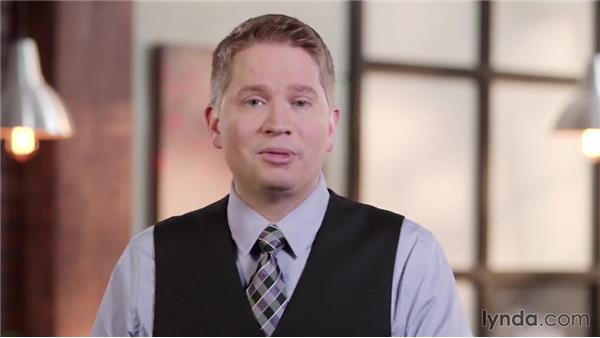 It's something I covered in depth in my course on thinking like a leader, but I'm going to come at this time from the standpoint of being a small business owner. Now, the first thing I need to say is, if we only received a complaint about something once, we usually don't need to do anything about it. I mean, of course, if it's horrible, you need to do something about it, but often there are just weird things that happen in a business. If it's happened once, just ignore it, leave it alone. But, if it happens more than once, then there is a pattern, and we can put a change into place to make sure that pattern changes.

Now, let's talk about green complaints. Green complaints are actually suggestions. They come from happy customers. They like your business, they're loyal to it, but perhaps they saw something that you could change. They're making a suggestion for improvement. Now, keep in mind that big companies invest tens of thousands of dollars into getting customer feedback, and now, a customer is giving it to you for free. That means your initial reaction to it should be gratitude.

You should say, "Thank you, so much, "for telling me about this thing." And I recommend that you write it down, consider whether or not you're going to take action on it, and ultimately reward that customer for sharing that feedback with you. You can do something that doesn't cost a lot of money, perhaps you give them movie tickets, or a dinner out, but always be grateful for suggestions from happy customers. Next up are yellow complaints.

Yellow complaints are the most abundant kind of complaint you'll receive. They come from customers who aren't happy. You didn't meet their expectation in some way and they want you to make it right. When you get a yellow complaint, think of a yellow light, which means slow down. Take a moment and listen to what they have to say. I recommend that you take notes on what they're telling you. Taking notes, even if you don't use those notes, communicate to the customer that what they're saying is very important, and you don't want to miss out on anything that they're saying.

Then, you make it right, you do whatever it takes to resolve that complaint and help them be happy again. But we're not done yet, we want to make it right plus. The plus means we're going to do something a little bit more than what they expected. Perhaps we give them a discount, or a free month, or whatever it is, just something extra that communicates to them, "We're sorry, we're so grateful "to have you as a loyal customer, "and please keep doing business with us." In my experience, the make it right plus has actually resulted in many people getting more referrals and getting glowing testimonials.

Customers who were once upset now are thrilled because you care about them. Now, let's talk about red complaints. These are where people are hostile. They're angry, they're upset, they may be yelling, they may be threatening to sue your business. These kind of complaints have to be dealt with carefully. When you get a read complaint, think about the red light and stop. Your temptation may be to defend, to argue, to explain why they're wrong.

Instead, stop and just listen. Listen until they get it all out. This is very important, because not only will this diffuse some of the anger that's there, but it will also protect you legally, because you don't want to say something that might be used against you in the future. No, instead we let them get it all out, and perhaps take notes on what they're saying, and then when they're done, I would recommend you ask, "Are you done?" Give them an opportunity to vent it all while you just sit quietly.

Then, ask them an if then question. "If we do this, then will you be happy?" Try to get to whatever it is that they want to resolve the situation. I'm not necessarily saying that you always give in to a red complaint, because often, someone's just being unreasonable, but you do want to figure out exactly what it is they want you to do and get them to agree to it. Then, you can decide what you want to do, whether you want to provide that to them and resolve their complaint.

But by stopping and listening and taking time you'll do a much better job of resolving red complaints. One last comment about online complaints. What if someone goes onto a review site, or goes onto your company page and complains publicly about something that you did? How do we handle that? Well, my first recommendation is to respond directly to it. Don't hide, don't try to get it removed unless it's absolutely offensive.

No, we want that complaint to be there. Online complaints are opportunities. They're really a chance for you to advertise how great your company is. By using this green, yellow, red system, you can more effectively turn customer complaints into opportunities.