Join Dana Robinson for an in-depth discussion in this video Understanding the corporation, part of Setting Up Your Small Business as a Legal Entity.

- If you're likely to raise money by selling stock, then a corporation might be a better fit for you than an LLC, even if you do not have a diverse shareholder base in the beginning. A corporation is the classic historic business organization. The corporation is an entity that issues stock to its owners, and then hires management to operate the entity on behalf of the shareholder owners. Because this type of organization evolved from the need for multiple owners that hire a manager to run the business, the corporation is a bit of an awkward fit for a single-owner business.

"Well, I'm CEO, well, I'm also the corporate treasurer." At an annual meeting I can stand up and say to the shareholders, "I vote for me to be on the board of directors." And then as a board member say, "How great it would be to have me "as the president of the company." And then I move to vote for myself as president. I can tell myself in that meeting that I'll be the best president that this company has ever had. Now, it's pretty cool, but these corporate formalities are some of the hassles that come along with being a corporation. Even if your corporation has just one shareholder and one officer and one director, and it's all you, you will still need to behave like a corporation, and have annual meetings that you document in corporate minutes.

It may seem odd to operate a corporation that has only one shareholder and one board member and one officer, but there are millions of one-owner corporations in the United States. Again, these one-owner corporations still need to act like corporations. To act like a corporation, the owner has to have bylaws that govern the company and the activities of management. The owner still has to have annual meetings of the shareholders, and vote who will be on the board of directors, and vote for the officers. These annual meetings are considered the corporate formalities that must be observed in order to successfully maintain what we call the shield of liability.

That ensures that the corporate form actually keeps you from the liabilities of the corporation. If you don't observe the corporate formalities, then you risk having the corporate veil pierced, as the lawyers put it, thereby putting your personal assets at risk. But many corporations are formed by one person in the beginning because they want to sell stock later. Remember those original corporations back in history, they were created to allow a promoter to put together a risky venture and then bring in passive investors.

Many of today's start-ups need financing that the first owner doesn't have. In the case of a start-up that needs funding, we say that such companies will be fundraising. This means that the company will ask people to buy stock in their company. It may sound very interesting to hear that you can form a corporation and then sell stock. While it's true that you can do this, there's a very large body of regulation that governs the sale of stock. So if you plan to sell stock, you definitely will need an attorney before you start selling stock. But you don't necessarily need an attorney to form your corporation.

You can form the corporation now, with just yourself as the shareholder, and then hire a securities attorney later to help you comply with the law before you begin to sell stock. So let me summarize what we've covered. A corporation is a corporate entity that must have shareholders, officers, and directors. Corporations are governed by corporate bylaws. A corporation must hold annual meetings and operate like a corporation even if there's one shareholder. 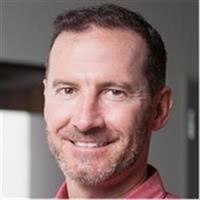 11/17/2014
So you've decided you want to set up your own small business; you're probably wondering: Should I incorporate? If so, how do I file? And what are the costs for forming a corporate entity? Learn the answers to these questions and more, in this course with attorney and entrepreneur Dana Robinson. He covers the basics of incorporation, explaining the differences between a corporation and an LLC, helping you decide if a sole proprietorship is right for your situation, and providing advice on choosing and forming a corporate entity. Along the way, he explains how to establish bylaws, set up a tax ID for the IRS, and navigate state and local laws, in order to get your business off to a great start.

DISCLAIMER: This course is taught by an attorney and addresses US law concepts that may not apply in all countries. Neither LInkedIn nor the attorney teaching the course represents you and they are not giving legal advice. The information conveyed through this course is akin to a college or law school course; it is not intended to give legal advice, but instead to communicate basic information to help viewers understand the basics of intellectual property.
Topics include: