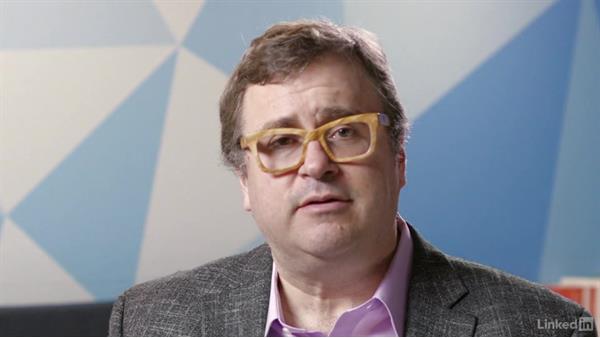 Transformation tours offer employees a chance to take on a challenge that will further their development and provide a strategic benefit to the business. Learn about Matt Cohler and a transformational tour he took on while employed at LinkedIn.

So, if you're the company, you may be pursuing a new project, launching a new product, opening a new market. That's something that's going to transform your business. For the individual, it may be the first time they launch a product, or the first time they're in that particular market, or it's the first time they have an opportunity to lead a major project. That also is going to transform the individual's career. Ultimately the goal of the transformational tour of duty is to provide adaptability to the company, in a sense of being able to change the business and to provide a career boost to the employee, by making them more valuable in the market, and more valuable to the company that they work for.

And actually work at an early stage and be transformative to a company at an early stage. I was really interested in Matt coming on for tour of duty, so I was like, look, we can be that company and Matt said, well, actually building a relationship with me, because, you know, back then, I was not really well known in the valley, was to essentially say let me do this and let's make this alliance. He came for tour of duty at LinkedIn. During that tour of duty, a little earlier than either of us would like, Matt got an offer from Facebook.

So, he came to me and he said, okay, I've got this offer, what should I do? Now, we'd already done nearly three years, and it was a little early, but not quite, and he'd been transformational to LinkedIn. So the conversation was well, actually, in fact, for your career trajectory, heading towards venture capital, which is still your goal, because it was still Matt's goal, the right thing would be to go take that job. Then you'll have two great companies and that trajectory will lead you into the best possible chance of a great venture capital job.

So he went and he was a very early employee at Facebook, and as a result of that, he ended up being a general partner at Benchmark, which is one of the premier Silicon Valley venture firms. That is a canonical case of how a transformational tour of duty works. Open an honest conversations, a real impact in a company you're working on, a trajectory to where you're heading, and the mutual alliance that works between the manager and the employee to make that happen.

The participants in Cisco's Talent Connections Program were 20% more satisfied with their career development than the average Cisco employee. That's the kind of concrete impact that setting up tours of duty and following up with subsequent tours of duty can have.