Now, in a workplace Rebels can be wonderful, because they love to think outside the box, they can blow up the box. They are very in touch with authenticity, they have tremendous enthusiasm, they tend to love a challenge. But it can be challenging to work with somebody who if you ask or tell them to do something is very likely to do the opposite. So, if you are a Rebel, you always want to be thinking, this is what I choose to do. This is what I want to do. I want to be a strong leader. Sure, I hate showing up for staff meetings on time, I hate being scheduled, I don't feel like going to those meetings, but if I'm going to be a strong leader, I need to be present, I need to be there for my team.

Rebels love a challenge. If you're managing a Rebel, a great thing to do is not to micromanage them too much, because then they'll start to resist everything you're telling them to do, but to say something like, you know what, this is a big job, I don't know if you can do it, but I think you've got the chops. Here's what we need, this is the budget, this is the timeframe, show me what you can do, blow me away, and let the Rebel go off and do it in their way. They love to meet a challenge, they love to show what they can do. Now, sometimes it can be difficult to tell the difference between Rebels and Questioners, because they might both refuse to do something.

But the Questioner is refusing to do something because they think it's inefficient, or senseless, or arbitrary. A Rebel is resisting doing something because they feel like, well you're not the boss of me, you can't tell me what to do. So when you're working with a Rebel you want to be very careful not to trigger that impulse for them to push back. It's all like, "You know, other teams have found it "very valuable to try to use this new software, "it's there for you if you want it." Not, "You guys need to start using the software." Because then you're going to have that spirit of resistance.

You want to open it up, provide information, provide resources, maybe this will make your life more convenient, maybe this will be more fun for you, your choice. Because Rebels have a tremendous amount to give to workplaces, but they can be difficult to manage. So you always want to be thinking about how to work with that Rebel mindset. Now, often Rebels will even leave workplaces and do start-ups, work on their own, so that they're their own boss and they're not answerable to anybody. They're deciding what work to take, they're deciding their own schedule, every day is different.

But some Rebels are very comfortable telling other people what to do, and some Rebels are even attracted to areas of high regulation, like big corporations, or the military, or the clergy. They feel like they need those rules to push against, that gives them their energy, even though they keep breaking the rules all over the place, they need the rules to give them sort of the side of the swimming pool that they're going to push back from. So again, Rebels can be very powerful additions to a workplace. But they have to be carefully managed. And if you're a Rebel, you really need to know how to manage yourself, so that you can get all the benefits of the Rebel tendency without the downsides that can sometimes come with it. 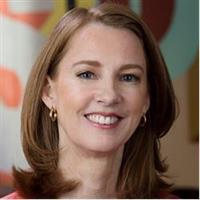