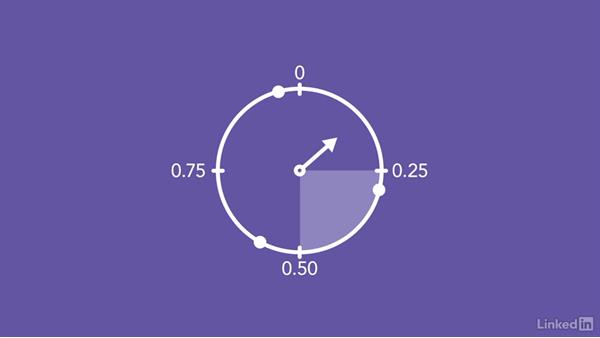 - When we have discrete distributions, they tend to look like this. We can use bar charts because each value is discrete. These are really the only possible outcomes, but when we have continuous random variables, there are an infinite number of possible outcomes. For example, if we spin this wheel, where might the arrow land? It could land on 0.2575, or at 0.5245, or even at 0.9887.

If we wanted to know the probability that the arrow would fall between 0.25 and 0.75, we can now see that the probability is easily over 50% since the shaded area under the curve is a significant percentage of all the area under the curve. Of course, if we ask, what are the odds that the arrow will fall between zero and 0.9999, it would be very close to 100%.

The probability of having an outcome between points A and B is certainly less than 25%. A large percentage of the area under the curve is not shaded in. With that in mind, let's now learn about one of the most famous curves of all, the bell-shaped curve.