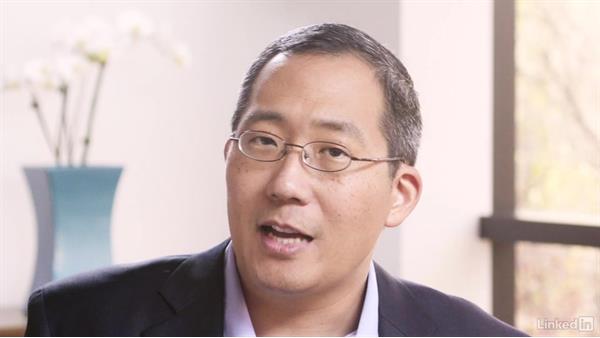 Understanding an employee's aspirations is an important part of helping employees grow in their career. Over a career, aspirations can change. In this video, learn the difference between aspirations and values, and how you can work with employees to help them articulate their aspirations.

- Values are core beliefs, they're fundamental things that are a part of you, and that help shape your actions, but aspirations are specific things you want to achieve, specific goals and objectives. And the two work together very powerfully when you're in an alliance. The values are there to make sure that you're actually following them and that you're working for an organization that shares similar values. But those values are not things that you can necessarily apply on a daily basis.

One of the things I recommend to people is to say, well, whose career do you admire? Especially if you're in a particular organization you can start to look at the individuals within that organization that you look up to as a role model and say, well, how did their career evolve? What were their aspirations along the way? You don't necessarily have to even just model your life on one person's career, that can actually get a little creepy if you think about it. What you want to instead is to look at multiple careers, and ultimately build a composite vision of where you want to be and how those aspirations will play out as you progress in your career.

So, when you think about modeling your aspirations on someone else's career, you don't necessarily have to start with the world famous figures that perhaps you picked as your most admired people. I admire Abraham Lincoln quite a bit, I don't think there's a lot about his career that I can apply to mine as President of the United States. So, what you should do instead is to pick somebody who is a realistic role model, somebody that you personally know. This has several benefits, first of all, you feel that those actions are achievable and realistic, especially if it's someone inside the company that you're currently working at.

The second is, you can actually take advantage of the personal relationship you can develop with such a person. You can learn their aspirations, not just from their LinkedIn profile, but from actually sitting down with them and talking to them, and understand what they were thinking when they were in your shoes. One of the most powerful tools you can use to help you figure out your aspirations is actually LinkedIn. If you've decided, for example, that someday you want to be a vice president of marketing at a software company, you can go into LinkedIn and find example after example.

It might be you don't personally know any VPs of marketing and companies yet, but maybe you have one that's a second order connection, or maybe you have someone who says they're open to speaking with someone. Now, you can study that person's example, and by reaching out through your mutual contacts, actually have a conversation with them. It's an amazing tool that wasn't ever available before. In the past, people had to go to a guidance counselor or read something in a book, now thanks to the networked age, you can actually reach out to your role model and learn directly from them.