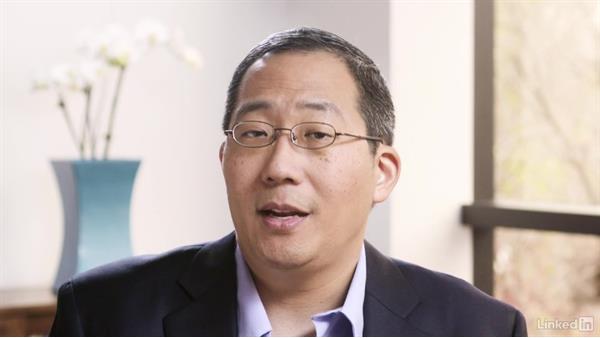 - One of the things that I've discovered is that most of the conversations we have about career at work are fundamentally broken. I'll give you an example. You've probably interviewed people in the past, and you've probably asked them the following question. Where do you see yourself in five years? Everyone knows the answer you're supposed to give, it is, I'm going to maybe have gotten a couple promotions, maybe if I'm particularly aggressive, I'll say, I might have your job, and laugh a little bit.

But the things you aren't going to say is, I'm not sure, or, somewhere else, or, starting my own company. So that's the very first conversation that you have when you're talking with a company, and in that very conversation you're already lying. That's the problem with career conversations today at work. They're based on a lie, they're based on trying to avoid the subject of what happens when someday I leave. And again, chances are that employee will eventually no longer work for the company.

That's the elephant in the room that you have to get over first before you can have the kind of conversation that actually drives things forward. So that's why the first part of implementing the alliance is actually having the honest conversation with your employees. Kevin Scott, who is the VP of Engineering at LinkedIn, likes to ask job candidates, so, what job would you like to have after you leave LinkedIn? It's kind of an aggressive move, not something people are used to hearing, oftentimes they're surprised. But once they start to think about it, and they realize he's giving them the space to be honest, they have some pretty amazing conversations.

And those conversations are really the basis of trust. Think about how you build trust. I like to quote Fred Koffman, who says that "Trust is built by making and keeping promises." To do that, you have to be honest, and you can't do that when you've got an elephant in the room hanging over your head. So the first step to implementing an alliance is to be honest and have that honest conversation. - On of the things we talk about in the alliance is the right of first conversation, and part of the moral, kind of moral, not legal, kind of obligation that a good, healthy, trusting employee and employer relationship should have is to say, look, when you're beginning to think about a job at a different company, there should be such trust that you could raise that before you go out and return a recruiter's phone calls.

You could look around a little bit, but actually make a contact and talk to people. And with the first conversation, I say, well, here's what I'm thinking about my career trajectory, here's the kind of things that are really important to me, and you've left enough room that your manager can come back to you and say, look, I think we could make that work, and I think it could work for both you and for the company. A really good example of the right of first conversation is the relationship I had with David Hahn when he was working at LinkedIn. David started as a business analyst and actually grew ultimately to be the head of all the revenue products at LinkedIn, and so he did multiple transformative tours of duty.

The key thing that we had on each of these conversations, say look, when you're beginning to think about that now is the time for something else, come talk to me first, we had that conversation very explicitly early, and he actually came and had that conversation multiple times, where he said, look, I more or less, I think, played this job out. Sometimes even the right of first conversation was, I can't think of anything else at LinkedIn that would be valuable, so I think this is really the kind of beginning of, I'm gonna look for other things. But because we had the right of first conversation, because it was explicit, I'd say, look, give me a week, let me come back to you, talk to you about some things that could be interesting, tell me a little bit more about what you're looking for next.

We had those conversations, and David had a spectacular trajectory at LinkedIn. Now he's the COO of GoFundMe and super happy with both his job at LinkedIn and where it led him ultimately in his career.