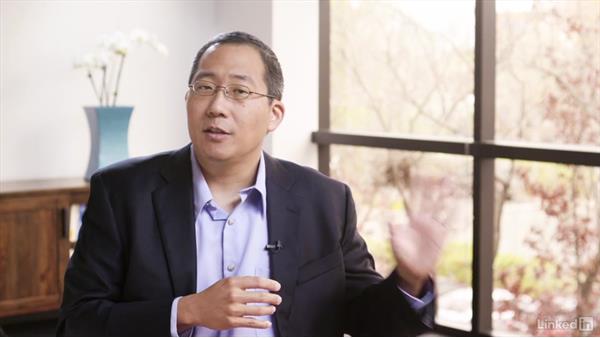 Usually, that's not a team that's, you know, met the previous day. Usually they've been working together a long time. Think of great bands like the Beatles or the Rolling Stones. So, foundational tours of duty are all about building that kind of continuity. Because when you have people who've worked together very closely for a long time, they can communicate with a shorthand if you will. They can make decisions more quickly. They can move quickly into major commitments. Having that core team, ultimately, drives the business of the company.

There's a very rare company that says, "You know what's the secret to our success, "rapid executive turnover. "We just try to switch out the CEO every year." That's not what people do. People understand that if you're going to be successful, you need to hold people together for a longer period of time. When it comes to foundational tours of duty, the benefits to the employee are fairly obvious. The employee has a long-term commitment and has some certainty about what they're going to be doing. But there are also major benefits to the employer as well.

And oftentimes, these foundational employees, who may be individual contributors, not even managers, still play an important role in making the company what it is. For a foundational tour of duty, you usually don't just jump right in. There are some exceptions. If you're bringing in a new CEO to a company, they should probably be on a foundational tour of duty. It's kind of hard to run the business if the CEO says, "Yeah, I might be here for a year or two, who knows." You need that executive to make a commitment.

And what this really means is that it's not a true lifetime employment contract. Things could still change, circumstances, business units, maybe a wonderful opportunity comes up for the employee. But what it does say is look, we believe that for right now, we intend to stay together. As an employee, I can see myself retiring from this company. As an employer, I don't think that the company would be the same without you. And when you establish that foundational tour of duty, it becomes less about the specific mission.

You're still gonna have missions that they're going to go on. You're still gonna have assignments for them. It's not like they're just gonna kick back and be some sort of wise guardian. But, it does mean that the presumption is always, after each mission, there's always another mission until the point of time in which you decide it's time to hang it up. Let's talk about foundational tours of duty. One way that a person gets into a foundational tour of duty is if they start with the company itself. So, Fred Smith, famously got a C on the paper where we proposed the idea for Federal Express.

Fortunately, he didn't listen to his professors. He started the company, and today it's a global logistics giant. And he's still the CEO of that company that he founded so many years ago. That's a foundational tour of duty. And I'd be willing to bet that Fred Smith is not saying, "You know what, I'm interested in a new career "as a CEO of a different company." No, Federal Express, or FedEx as it's now known, is his baby, and he's gonna stay with it until he retires. But there's other kinds of people who evolve into a foundational tour of duty. For example, the CEO of Intuit is another Smith, Brad Smith.

Brad joined Intuit and actually worked through multiple transformational tours of duty in different business units, different geographies, different functions, before ending up as the CEO of the company. Now, as the CEO of the company, he's on a foundational tour of duty. And he'll continue working with the company until it's time for him to hang it up. When you have a long-term foundational tour of duty, it's not static. There's still opportunities to change. A person's role may change. A great example of this is Dan Shapero at LinkedIn.

Dan is a longtime employee of LinkedIn who's been around for probably over a decade. He's been working on the sales side of the organization for much of that time, helping grow the company into the global giant it is today. But one of the things that Dan wanted to do is he actually wanted to make a change. He was interested in moving over to the product side of the organization. Now, this is big deal. You have one of the most senior leaders of the sales organization say, "I'm interested in moving over to the product organization." Now, the reason this worked out is because there was so much trust that was built up.

In another circumstance, if there wasn't that must trust, perhaps the employee would have said, "Well, if I'm gonna make this gigantic change, "I'm probably gonna have to change companies "in order to do it because everyone sees me here "as the sales executive, not as a product guy." But Dan talked to his manager, figured it out, and actually, he and LinkedIn worked out a situation under which he was able to switch over to the product side and join as a junior product manager. Now, that was a sacrifice for him. He gave up a lot of his compensation, got paid a lot less than he was getting paid before because he wanted to try something new.

And that was a big risk for him, giving up that money. But it was also a risk for LinkedIn because he didn't have that kind of experience in the past. But since they had such a strong relationship, and because there was desire on the part of the company for Dan to be part of the foundation of the company, and on the part of Dan to stay a part of LinkedIn, they were able to work that out. When you have a foundational tour of duty and you have that presumption of staying together, then you can do a lot of things within that foundational tour of duty in order to accommodate the changing desires of the employee or the changing circumstances of the company.