Even more of Bayes theorem 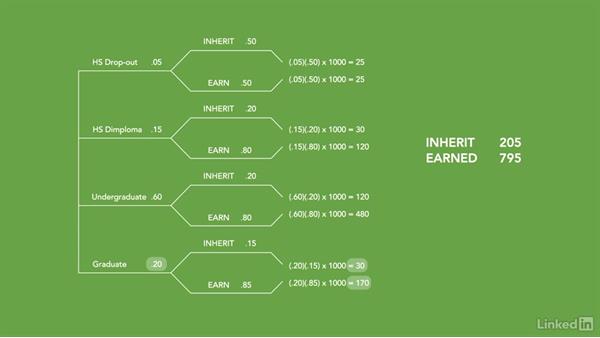 Even more Bayes Theorem. Using it to see the relationship between related data sets.

- Millionaires. Who are they? And how did they get their money? Well, let's say you were given this set of data. The amount of education millionaires in a certain country had achieved. 20% had graduate degrees. 60% undergraduate degrees. 15% had only a high school diploma. And 5% did not even complete high school. Suppose for this same country we also know how many inherited their wealth versus earning it.

Our first set of branches establishes the level of education. Our second set of branches then break up these different types of millionaires into those that inherited their wealth versus those that earned their wealth. By multiplying the value of the first branch times the value of the second branch, we can see the probability of each outcome. To simplify: let's say there are 1000 millionaires. We can multiply each of our branch values times 1000.

By dividing those two numbers we can now see that the probability a millionaire did not complete high school, given that this millionaire earned their money, is 3.1%. Some of you may be wondering is there a way to do this without the diagrams? There is. The formula for Bayes Theorem looks like this. A bit scary, I know, but logical once you insert the data for this problem. Probability of A given B. In this case, the probability of drop-out given earned money. 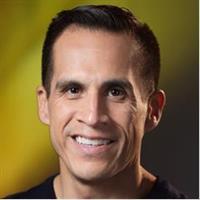 Video: Even more of Bayes theorem