Establishing and disseminating the company's mission and values 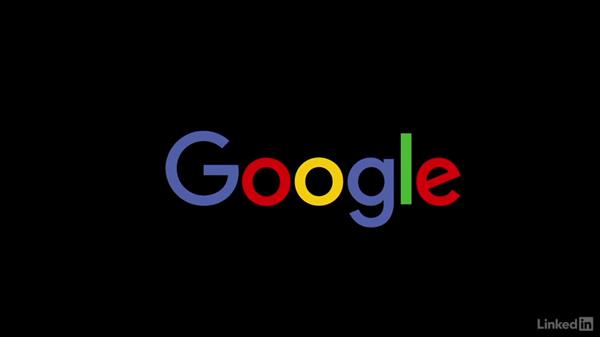 Having an well defined company mission helps provide a “true north” for how alignment will work in your organization. In this video, learn how to establish and disseminate your companies mission and values.

- One of the concepts to deploy that really helps with the alliance is a notion of having a company mission, because part of what allows that conversation between an employee and a manager, between an employee and a company, is an aligned mission, where the mission of the employee is aligned with the mission of the company. And one of the people that I most learned this from was Jeff Weiner, who, in his very first weeks at LinkedIn, went through a rigorous process of defining a vision, a mission, a strategy, and objectives throughout the company.

Finally, your mission statement needs to reflect the culture of your company. It needs to be the kind of thing that accurately reflects the people you wanna be and the company you wanna be. Now when you've defined a mission statement, what you generally need to do is you need to start off with the basics. Why does this company exist? What did we set out to do? What kind of dent are we trying to make in the universe? And this is not just something that's practiced by the CEO or the founder, this is something where all the members of the organization should be involved.

Maybe you have small group meetings where people come together and talk about what the mission means to them. Think of the great companies that exist in your everyday life. Every one of those companies has a clear mission statement. Take Pixar. You've probably seen all their movies. If you're a parent, probably own all the movies, in fact you probably own more movies and seen more movies than you ever wanted. Why has Pixar been so successful? Because it has such a clear mission. They're focused around telling stories that are gonna make people feel something, and having that laser-like focus allows every person at Pixar, from the directors who create movies like Inside Out to the individual members of the staff who just make sure that the cafeteria runs, understand how they're contributing to this greater mission.

Google is another company that has a very clear mission. Oftentimes people think about Google's motto of "Don't be evil." That's not actually their mission. Their mission is to organize the world's information and make it available to everyone. Now, there's several things about that mission that really make it work well. The first thing is it's very clear whether your activity is contributing to the mission or not contributing to the mission. Ultimately, does it add to the corpus of knowledge? Does it make that knowledge more available? If it doesn't, you're not contributing to the mission. The second thing is, it's the kind of mission that attracts the kind of person that Google wants to have as an employee, somebody who values intelligence, who values knowledge, and believes there's no higher purpose than spreading knowledge to everyone in the world.

So the Marriott corporation, it's a hotel company. And you might think, you know what, what kind of mission could a hotel company have? Well, they actually have a very important mission. It's centered on providing hospitality to the traveler, and that's reflected in Marriott's practices. One of the things that Marriott does differently from a lot of other hotel companies is instead of having a bunch of rules and regulations around what you can and can't do for your customers, Marriott has a single regulation: "Make the traveler feel welcome." And by doing that, Marriott is able to deliver a better experience to all of their customers.

Not only does that mission tie together all of Marriott's employees, it ties them together with their customers as well. When you start out to define your mission, start at the beginning. What is it that this company exists to do? What did you start out to do? How are you trying to make a dent in the world? Once you have that basic, sort of flow outward from there. And this is where you need to have a lot of conversations with the different people in your company. Even if you're the CEO or the founder, you know what, your vision isn't necessarily the vision of the company.

A vision is something that's shared among everyone, and you need to go out there and gather the inputs and make sure you reflect all the different voices in the company. So let me tell you the story of what happened when Jeff Weiner became CEO of LinkedIn. Jeff came in as CEO, his first step was to focus on developing a mission statement for the company. This is a little controversial, because LinkedIn was a startup, and mission statements seemed like something that were big company, it's not really a good way to start. What Jeff understood is that defining that mission would ultimately help LinkedIn scale up, not just to be a startup but to be a big company.

The purpose of a mission is to provide something that's a rallying point for all the employees, so that when they're out there doing their jobs and they don't have their manager hanging over them and a question comes up, they have a north star by which to make those decisions. What Jeff did was he talked with all the different members of the organization and ultimately came up with a mission statement that centered around helping professionals connect with the best opportunities. And once they had this core mission statement, they would refine it, they would work together in group meetings, but then they would try to convey it to all the different members of the organization.

And one of the ways that LinkedIn's mission is conveyed to its employees is actually in the architecture of the company's buildings itself. If you go to the main lobby of LinkedIn headquarters, the first thing you'll see is a wall on which the mission appears and which the company's values are lit up in bright lights. Every employee of the company can see the mission of LinkedIn every single day when they come to the office. And that's the way that you convey your mission and make sure it spreads to all points in the organization.

Video: Establishing and disseminating the company's mission and values