Embracing the challenge of entrepreneurship 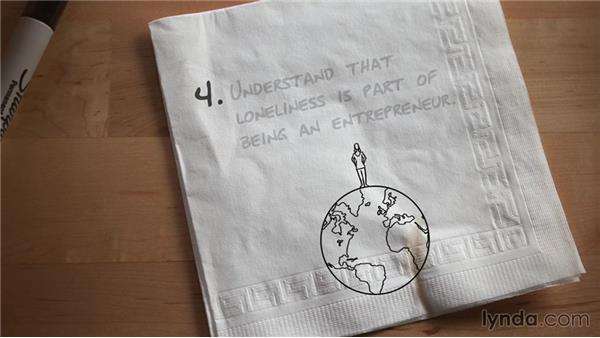 - Let's talk a little bit about failure in small business. A wise entrepreneur once asked, "What is the secret to success in entrepreneurship?" Make sure it's your second time. That may sound a little strange. What he meant was that you're going to learn from your failures. In fact, success and entrepreneurship is not doing everything right. It's making lots of little mistakes and learning from them. Growing your business in the process.

Let's talk about a few principles that can help you understand the role of failure in business. Number one is recognize that failure is an option. In fact, its a necessity. Things are going to go wrong from time to time. You have a choice when those things go wrong. You can either get upset about it or you can ask yourself the question, "What did I learn from this?" Number two is understanding the difference between big failure and little failure.

Big failure is something that's catastrophic. It brings your business to it's knees. Little failures are portioned calculated risks you take. Rather than betting everything on one big tv ad, you try lots of little direct mailers and see which one succeeds. That leads to principle three, which is, we try things and we measure them. Try and measure and we repeat that process over and over. Some of the things that you try, some of the ads that you run for instance, are going to fail miserably but other ones that we try are going to succeed.

Then we're going to adapt those and try again. Do this over and over and you can use failure to help you become successful. Number four is understand that loneliness is a part of being an entrepreneur. It's because you're willing to do things that other people aren't willing to do. You see the world in a way that's slightly different than the way other people see the world. It's not necessarily good or bad it just means because you're looking at things in a different way you may occasionally be misunderstood and unliked.

Recognize that's okay and try to surround yourself with peers who get what it's like to be an entrepreneur. That'll help you feel a little bit better about that. Then number five is slow down the roller coaster. Entrepreneurship sometimes can be just a rapid series of super big highs and very deep lows and that is exhausting physically, mentally, emotionally. You want to slow that roller coaster down and make the highs and the lows not quite so extreme.

If things are miserable I just need to relax a little bit and let things take their time. Entrepreneurship is about learning how to embrace failure and accept both the highs and the lows. You're goal over time is to create steady, consistent growth on your journey of growing your small business.

Video: Embracing the challenge of entrepreneurship