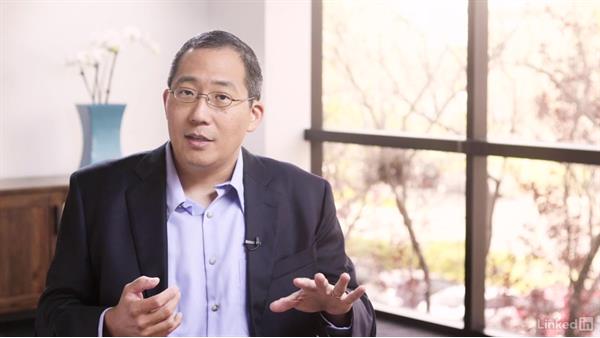 Even with a well defined tour of duty, unexpected changes can happen along the way. Having a realistic understanding of the nature of tours of duty is crucial to making adjustments on the fly. In this video, learn how to brainstorm scenarios and plan for the unexpected.

- So now you've built strong alignment between yourself and your employee using a tour of duty. You've carefully crafted a mission, you understand what each side is getting out of it. Now everything's gonna be great, right? Well, you know what? Life is full of surprises. Things change along the way, and there are gonna be cases where this tour of duty is not gonna run smoothly. When something happens, you have to remember tour of duty is not a legal contract. And that's actually a good thing. Thinking about the employment relationship as a purely contractual matter is part of the original problem the Alliance is designed to solve.

Instead, the Alliance is about an ethical and moral partnership, and keeping up the tour of duty is about honoring the relationship that you have with the other party. If for some reason, a tour of duty has to come to an end, that end should be a collaboration between both the employee and the company. For example, maybe the employee gets an amazing offer they can't refuse, Tim Cook decides to retire, and they're offered the position of being CEO of Apple. Wow, that's amazing.

They should definitely take that, but before they do, they should find a way to successfully transition their tour of duty to someone else in the organization. It's up to them to honor the relationship by making sure they don't leave the company in the lurch. Similarly, the company itself may go through hard times. Perhaps a contract is cancelled or a project has to be mothballed. Well, if that happens, and it affects the employee, the company also has a moral obligation to help that employee figure out an appropriate transition to some other role in the company.

You're not just doing this to be nice. This is all about honoring a relationship that should persist even after the employment contract has ended. As a manager, your employees and your ex-employees will remain allies throughout your entire careers. If an Alliance is broken, if somebody decides not to be collaborative about ending that tour of duty, there's a reason why the subtitle of our book is managing talent in the networked age. In today's world, where we're all so intensely interconnected, unethical actions have consequences.

An employee who abandons their tour of duty midway through is not going to get a good testimonial on LinkedIn. In fact, the next time they apply for a job, the new hiring manager is likely to call their old manager. What do you think that old manager's gonna say? They're definitely not getting a good reference. Similarly, if a company consistently breaks it's Alliance with its employees, that's going to have consequences, as well, both in terms of ratings on things like Glassdoor, as well as in what former employees have to say about the company, and ultimately that's what drives your brand as an employer.

There are times, of course, when you're gonna have to manage a situation where maybe the employee is not performing so well. When that happens you really need to take the long view. If you're running a baseball team, and your star slugger struck out four times in one game, you wouldn't cut him. You would say, you know what, this is a great baseball player, he's gonna work through this. Similarly, if you have a great employee who's done a lot of great things, you're gonna give them time to work through that slump. Maybe they're having a bad day, or a bad week, or even a bad month.

Because you have that relationship that you've built, because you have that alignment, you have the opportunity to give them the chance to work it through. And if, unfortunately, it so happens that their performance doesn't improve and you decide you have to make a change? It's an objective decision. It's a move you made based on their inability to accomplish their mission and to fulfill their tour of duty. It's not a personal decision.