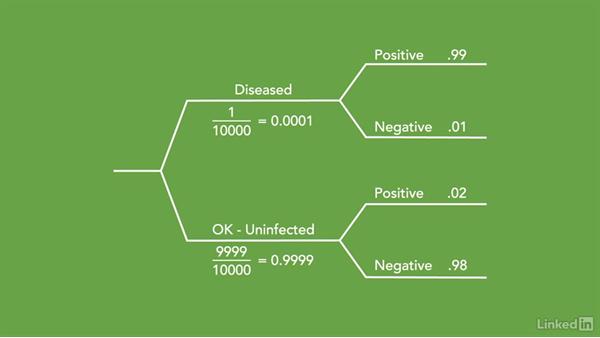 An explanation of Bayes Theorem. How it is used to understand scenarios that include false postives?

The doctor's trying to indicate that it's possible that the test has delivered a false positive. I think any one of us would still be worried. I think I'd want a little bit more information. If I did test positive for this rare disease, what is the probability that my test results could have been wrong? Well to figure that out, we'd need some information. We're looking at two different events. Event A, patient has the disease. Event B, patient tests positive for the disease.

That's got to make that patient feel at least a little bit better, right? What we did here is the basis for what we call Bayes theorem. It's not only interesting, but it can be very useful. So in our next video, let's look at one more problem and get a better look at the mechanics of what the Reverend Thomas Bayes did with the use of conditional probability.